Your Morning Dump... Where getting through this last stretch of games is just survival, man 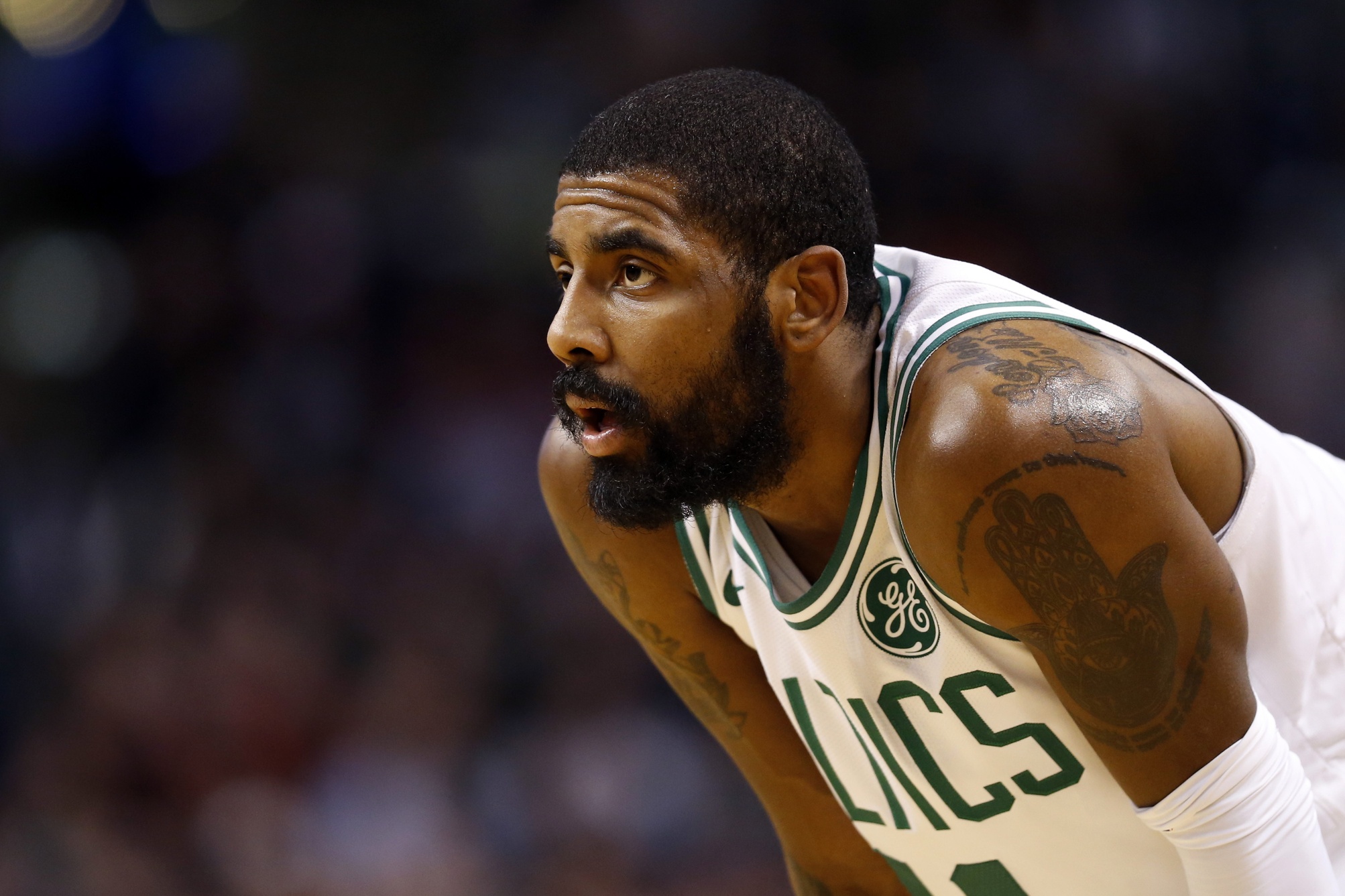 Your Morning Dump... Where getting through this last stretch of games is just survival, man

“Just survival, man. You learn a lot about your body and your mind,” Irving said of the recent crunch. “You figure that stuff out, and it’s a matter of how consistent you want to be with it. The mark of good teams is how much you’re willing to sacrifice to be a professional every single moment, not taking any day off or anything for granted. It’s a true test, and it’s how much do you want to dive into it.”

“I was talking to [Celtics president of basketball operations] Danny [Ainge] today and he said we played 40 games in [72] days,” Irving said following Saturday’s 90-minute workout. “Then we play our last 40 games in 99 days. That’s a hell of a difference.

“I am looking forward to taking advantage of that. I think it did some great things for us playing that many games. But I’m pretty happy that we’re not going to have that going forward.”

While Irving said he’s still “just trying to make it to London” as the last big hurdle in the arduous slate on Jan. 11, he indicated the team has shown something to him with the way it made it through the first 39 games — including 16 games in 30 December days, and the recent seven-game-in-11-day stretch.

That stretch also took a toll on the players’ bodies, as six different Celtics (Irving, Al Horford, Jaylen Brown, Marcus Morris, Shane Larkin and Semi Ojeleye) all missed games during December for one reason or another.

And the players who did take the court? Well, on some nights, they just didn’t look like themselves, as Brown admitted Saturday afternoon.

“Absolutely,” he replied after being asked if he saw a dip in the team’s energy level during December. “It was just some games, we didn’t have it.”

Still, somehow, Boston managed to rack up the top record in the East at 29-10. The C’s have the same number of losses (10) as second-place Toronto, but they have won five more wins. That stat alone tells the story of the team’s crazy schedule.

The Celtics have played 16 games since they’ve last practiced. All of you are sick of me talking about the schedule, and after this week’s four game in seven night stretch, the schedule talk will be over.

Unfortunately, though, people take explanations of the problems the intense schedule causes as “excuses”… because sports is full of macho high school football coach speak and people expect athletes to not feel fatigue or pain.

Well, Jaylen Brown’s been feeling pain. And by trying to play through it he’s opened himself up to even more injuries and, as we’ve seen, missed time.

“The energy level and the exertion level is more than I’ve ever probably exerted in my entire life. Just guarding at a high level, scoring at a high level, your body takes a toll,” Brown said after participating in practice Saturday afternoon. “So I have to do a better job preventative wise of taking care of my body and that’s an adjustment phase. I’m getting better and better as I go, but definitely getting into a better routine and just trying to keep going because youth has been one of the things that has been keeping me healthy, and my energy is high, but as those games start to pile up, you have to continue to take care of your body.”

Lost in the madness tonight, Al Horford revealed that Marcus Smart is "pretty banged up" physically.

Smart’s shooting improved in December and he had those two charges against Harden, but I think his overall play has not been good this month. Don’t be fooled by some of his shots falling.

“Just trying to make it to London” is a sort of rallying cry. They have three home games this week and the one road game is in Brooklyn, so travel will be light. They’ll try to siphon every possible adrenaline boost they can out of the home crowd to get them through these last few games, starting tonight. Then they can rest and recover.

They need it. A few key stats tell a big story.

After taking about 24 free throw attempts per game in October and November, the Celtics are attempting just 18 in December because they’ve gotten away from driving and are settling for jumpers. Their rebounds and their steals are down… meanwhile their opponents free throw attempts and rebounds are up.

Tired teams settle for jumpers, don’t box out, and they reach on defense.

Thankfully we won’t have to talk about it much after this week.

Just make it to London.

Page 2: Watch these coaches swear at each other!

Raptors rookie O.G. Anunoby stole a Hawks pass then streaked for a dunk with the shot clock off to cap Toronto’s 111-98 win last night.

That didn’t sit well with Atlanta coach Mike Budenholzer, who apparently said something to Anunoby afterward.

I don’t know what Bud said but I’ve never seen Casey go off like that.

Casey has a point… what the hell were the Raptors going to do, lay down and let Atlanta score? Maybe you can say O.G. shouldn’t have swooped in for the dunk but at that point of the game, even with it out of hand, both teams were still playing actual basketball.

If Bud’s going to tell his team to not give up and play through to the final buzzer, he can’t expect the other team to do anything different.

Either way, coaches swearing at each other after a game is fun.

Happy New Year to everyone! If you’re going to the game then partying afterwards to ring in the new year, please stay safe!.

Herald: Celtics year in review: a look back and ahead  |  Bulpett: Of all Danny Ainge’s picks, Brad Stevens might be the best  |  Herald predictions for Boston sports world in 2018