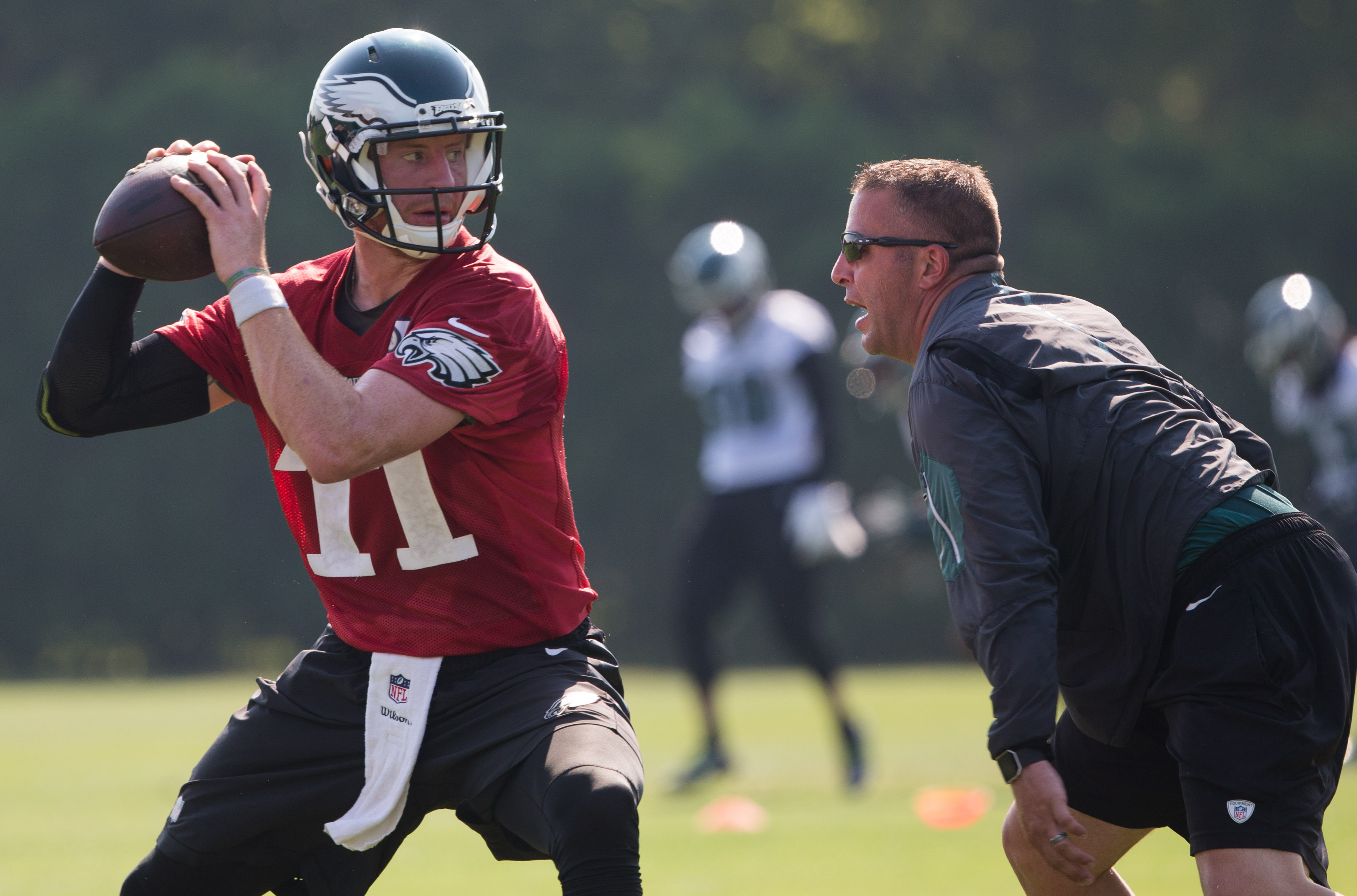 Black Monday has begun in the NFL and many teams across the league are letting go their head coaches as they try to find a new direction heading into next season.

Currently, there are six head coaching vacancies and one defensive coordinator opening. Two of the teams that are looking for a new head coach are the Arizona Cardinals and Chicago Bears.

The Bears fired John Fox after an unimpressive three seasons, while in Arizona, Bruce Arians decided to retire. According to ESPN’s Adam Schefter, the Cardinals and Bears have submitted requests to interview Eagles’ quarterback coach John DeFilippo.

Furthermore, Arizona also put in a request to interview Eagles defensive coordinator Jim Schwartz per Ian Rapoport of the NFL Network. On Sunday, Schefter reported that the Giants are expected to interview Schwartz.

This is not the first time that DeFilippo received interest from other teams. Last season, the New York Jets wanted to interview DeFilippo for their offensive coordinator position, but the Eagles reportedly blocked their request.

DeFilippo is one of the many hot coaching candidate names on the market as he has done a phenomenal job in developing second-year quarterback Carson Wentz.

Before tearing his ACL in December, Wentz was on the verge of possibly winning the league MVP. For teams such as the Bears, they could use DeFilippo to help develop their own young quarterback in Mitch Trubisky.

It should be interesting to see how many more interview requests both Schwartz and DeFilippo get this month. Both coaches helped take the Eagles to new heights this season and other teams are recognizing this.