LeBron James, Jusuf Nurkic jaw at one another after play 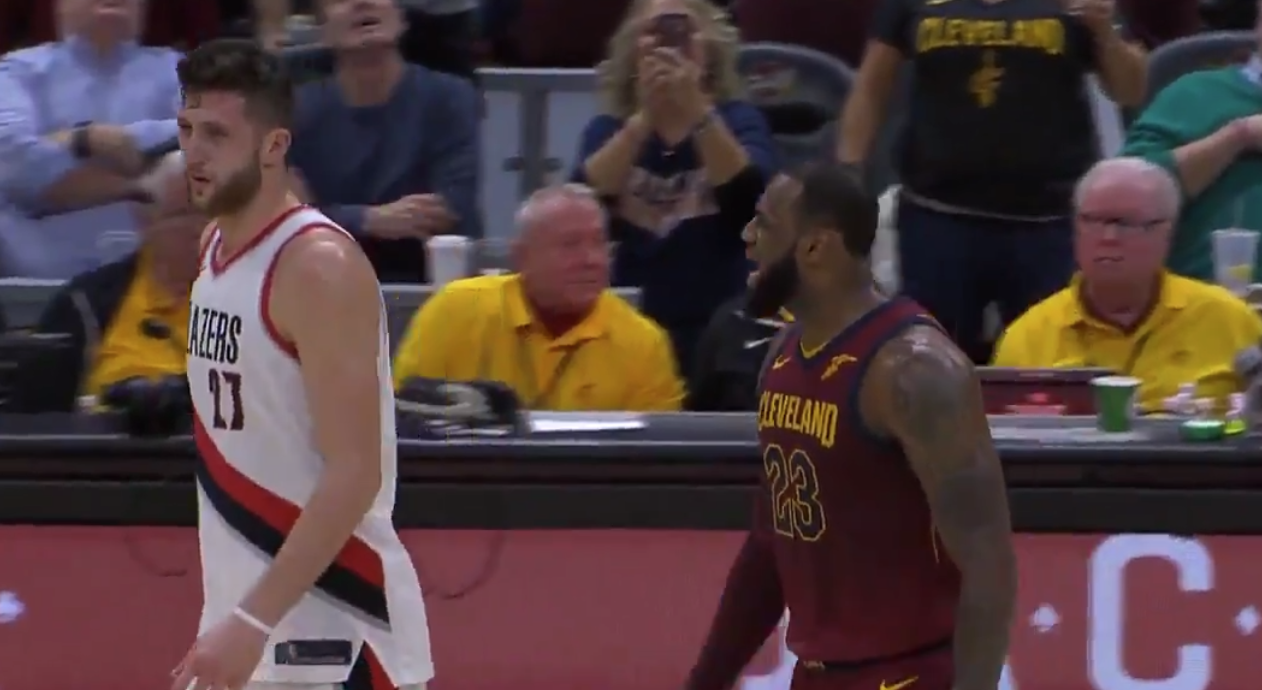 LeBron James, Jusuf Nurkic jaw at one another after play

LeBron James was none too pleased about a flop attempt by Jusuf Nurkic in Tuesday night’s game, and he made sure to let the Trail Blazers big man know about it.

It happened after James drove the lane in the second quarter of the game, and was challenged by Nurkic near the rim. James went up for an apparent layup attempt when he was met by Nurkic, and he appeared to use his elbow to make contact with his opponent’s chest. The Blazers big man stumbled backward afterward as if he had been hit in the face, in an attempt to sell more contact than there actually was.

James was hit with an offensive foul, which appeared to be the correct call, but he was seen having some words with Nurkic after the play — clearly unhappy about the flop attempt.

James had the right to be upset, because that reaction from Nurkic was laughable. The Blazers center needs to work on his flopping.