Memphis could be the next Brooklyn for Boston fans 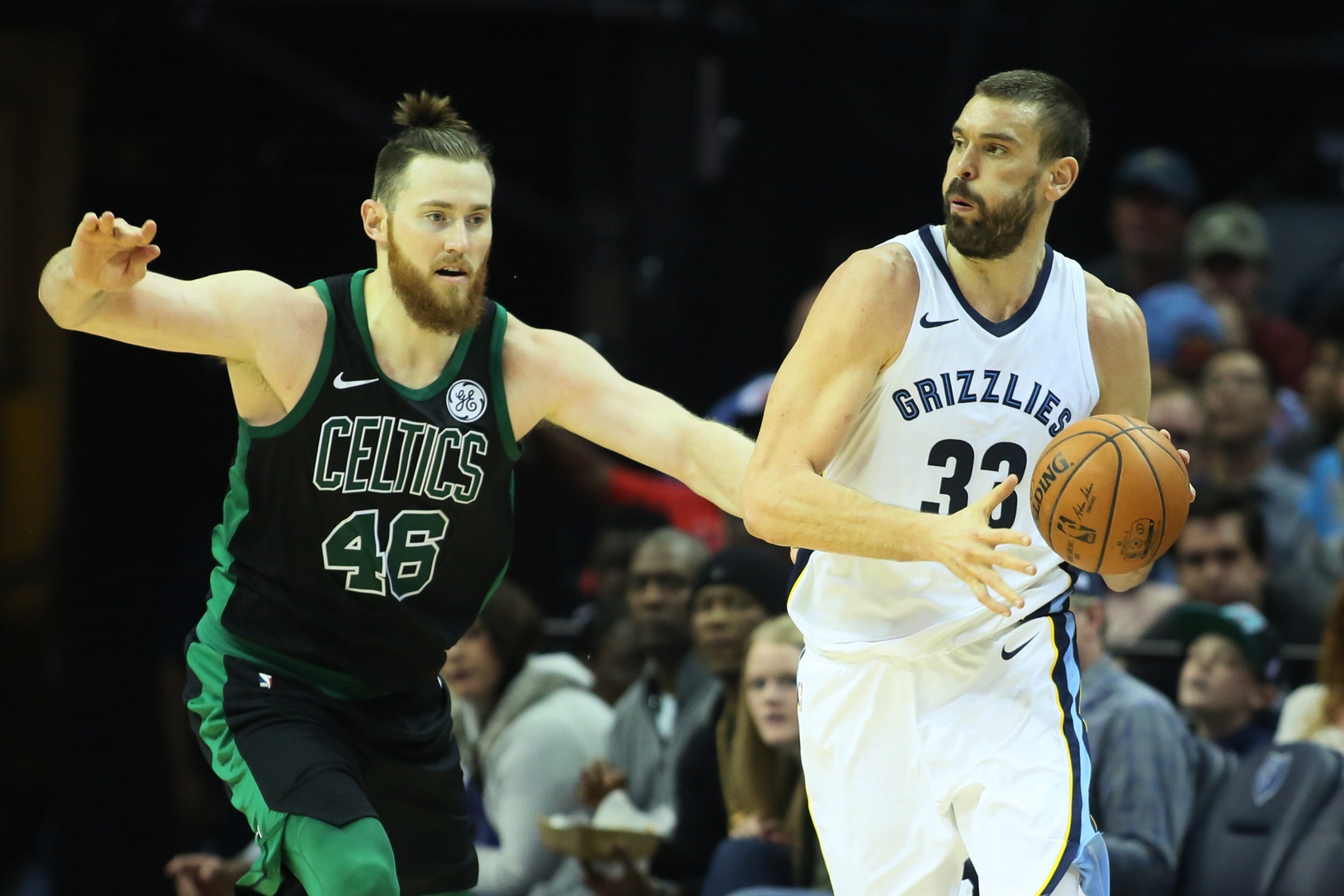 Memphis could be the next Brooklyn for Boston fans

The Brooklyn picks are gone… they’ve become Jaylen Brown and Jayson Tatum… but Boston still has plenty of other teams’ picks to keep an eye one down the road.

We know about the Lakers pick, but that resolution will come quickly. The Clippers owe Boston a pick but that probably won’t produce much more than a role player.

But the pick to watch… as I explain on Boston.com… belongs to Memphis.

Over the course of two months in 2014-15 season, “Trader Danny” launched into a flurry of deals that completely reshaped the Celtics roster. Between Dec. 18 and Feb. 19, Ainge moved Rajon Rondo to Dallas, acquired Isaiah Thomas, Jae Crowder, and Jonas Jerebko, and also got draft picks that ultimately became Guerschon Yabusele and Semi Ojeleye. He also moved Jeff Green to Memphis in a three-team deal that included the Grizzlies’ 2019 first-round pick.

Unlike the Nets, the Grizzlies added some protection to that pick. It’s top-8 protected in 2019, top-6 protected in 2020, and unprotected in 2021. At some point in those years, the Celtics could get themselves another top-flight player, provided Memphis is bad enough then. Which they just might be if a few things break Boston’s way.

The Grizzlies aren’t good right now, but the franchise is in a weird place.

I go on to explain that weird place, full of ownership squabbles, a disgruntled star, and a GM with a shaky track record. Also, that pick might convey at a perfect time for the Celtics… with today’s young stars hitting their primes and room for a young draft pick ready to do for them then, what they’re doing for the Celtics now.

Go ahead and check out the piece… and keep an eye on those Grizzlies. That could be a monster pick down the road.