Nick Saban gets destroyed by QB Jalen Hurts on sideline 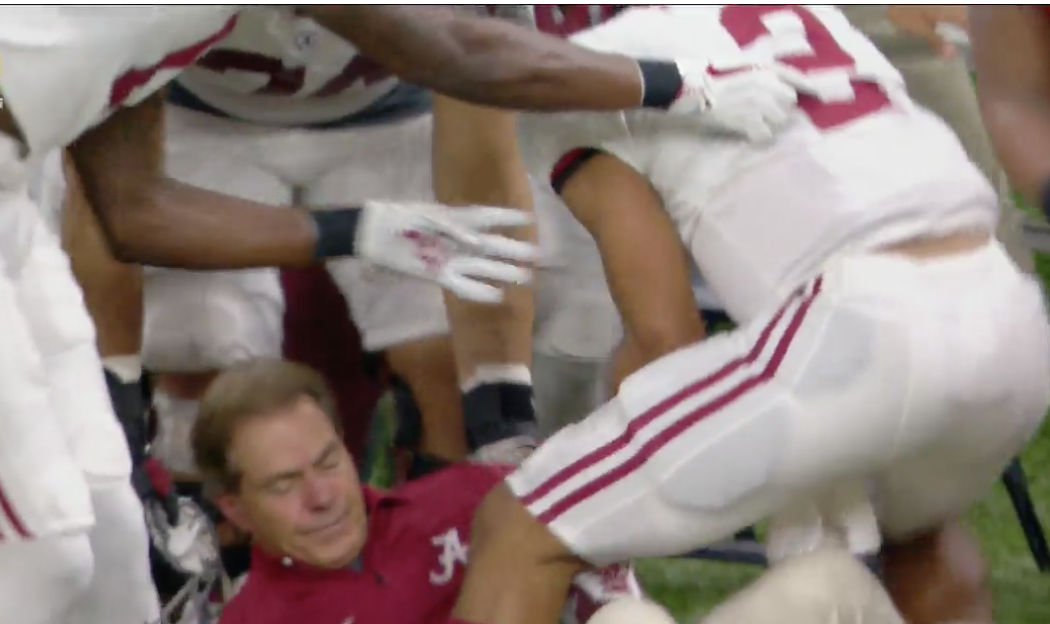 Nick Saban gets destroyed by QB Jalen Hurts on sideline

Alabama head coach Nick Saban saw his team punch its ticket to the national championship game with a 24-6 win over Clemson in the Sugar Bowl on Monday night, but the victory came with a price.

Saban absorbed a big hit while standing on the sideline in the fourth quarter of the game — from his own player, no less.

The Crimson Tide’s head coach was caught looking down the field at one point toward the end of a play, when he was taken completely by surprise by quarterback Jalen Hurts. The Alabama quarterback had taken off running on the play, headed toward the sideline, and ran right into Saban, who got knocked to the ground. He was eventually helped up by Hurts and his teammates.

Saban appeared to be OK, though, but he didn’t look to be very happy about it.

Being a head coach can be a dangerous job sometimes, and it’s important for members of the coaching staff to keep their heads on a swivel.