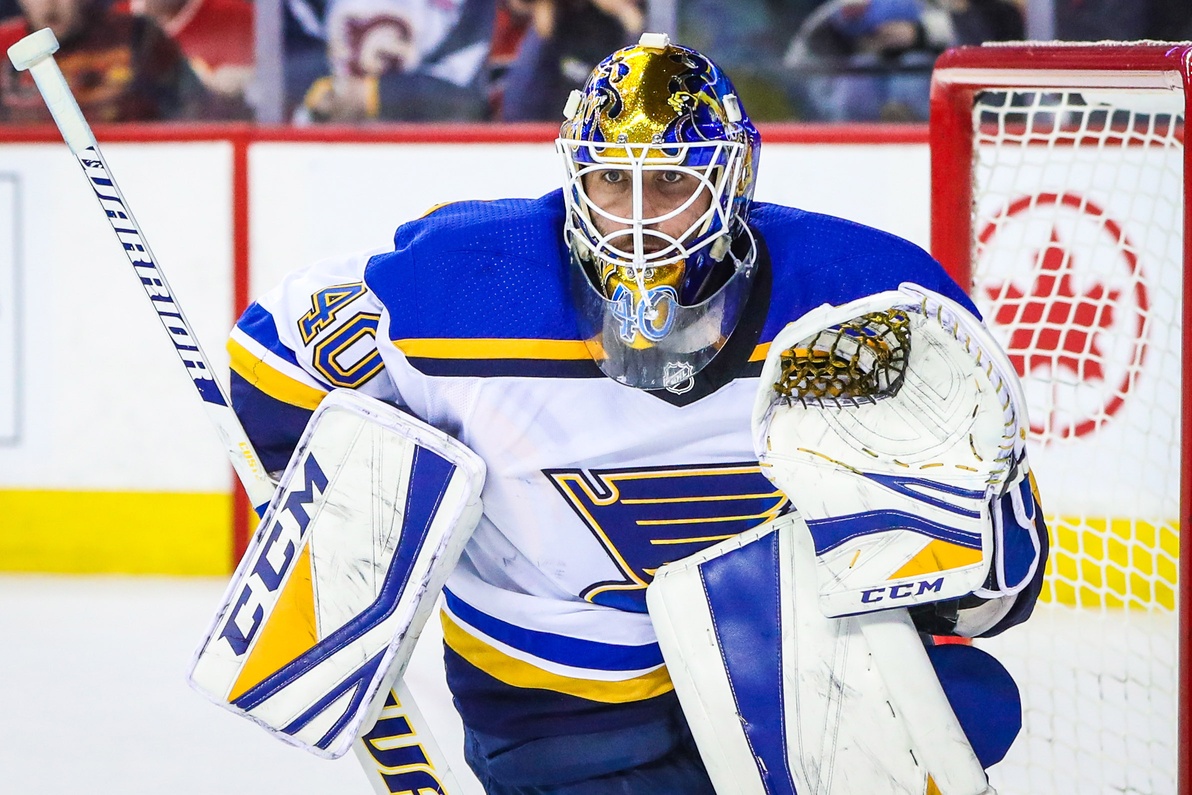 St. Louis Blues head coach Mike Yeo awarded Carter Hutton with the start for Tuesday’s game against the New Jersey Devils. The decision generated plenty of goalie talk on Twitter, leading some to declare the Blues have an official goalie controversy on their hands.

Does it matter who is in goal as long as the Blues win?

Hutton has been awesome this season and the Blues are giving him another start as a result. It’d be premature to assume more than that.

Yeo said Hutton deserves the start tonight and nothing more to it. #stlblues

Though Yeo clearly doesn’t want anyone reading too far into his decision, Hutton’s start is a noteworthy one. It’s not often he starts consecutive games.

Carter Hutton making his first starts in back to back games since Jan. 24-26 of last season, just days before Ken Hitchcock was fired. #stlblues

Hutton’s numbers have been unbelievable this season.

Compared to any other NHL goalie who has played at least five games this season, Hutton is first in GAA (1.68) and save percentage (.946). On a team that has looked completely different from one month to the next, Hutton has been a reliable source of steady goaltending. He has been calm, patient and has kept the Blues in games they probably shouldn’t have been in.

Hutton’s stats are worthy of another start on their own and don’t have to create any major comparisons to Jake Allen. Allen’s play inevitably creeps into the conversation, but Hutton should receive more time purely because he has independently earned more time. That being said, Allen has historically played well against the Devils (6-0-0, 1.17, .952 save percentage), fueling the goaltending argument.