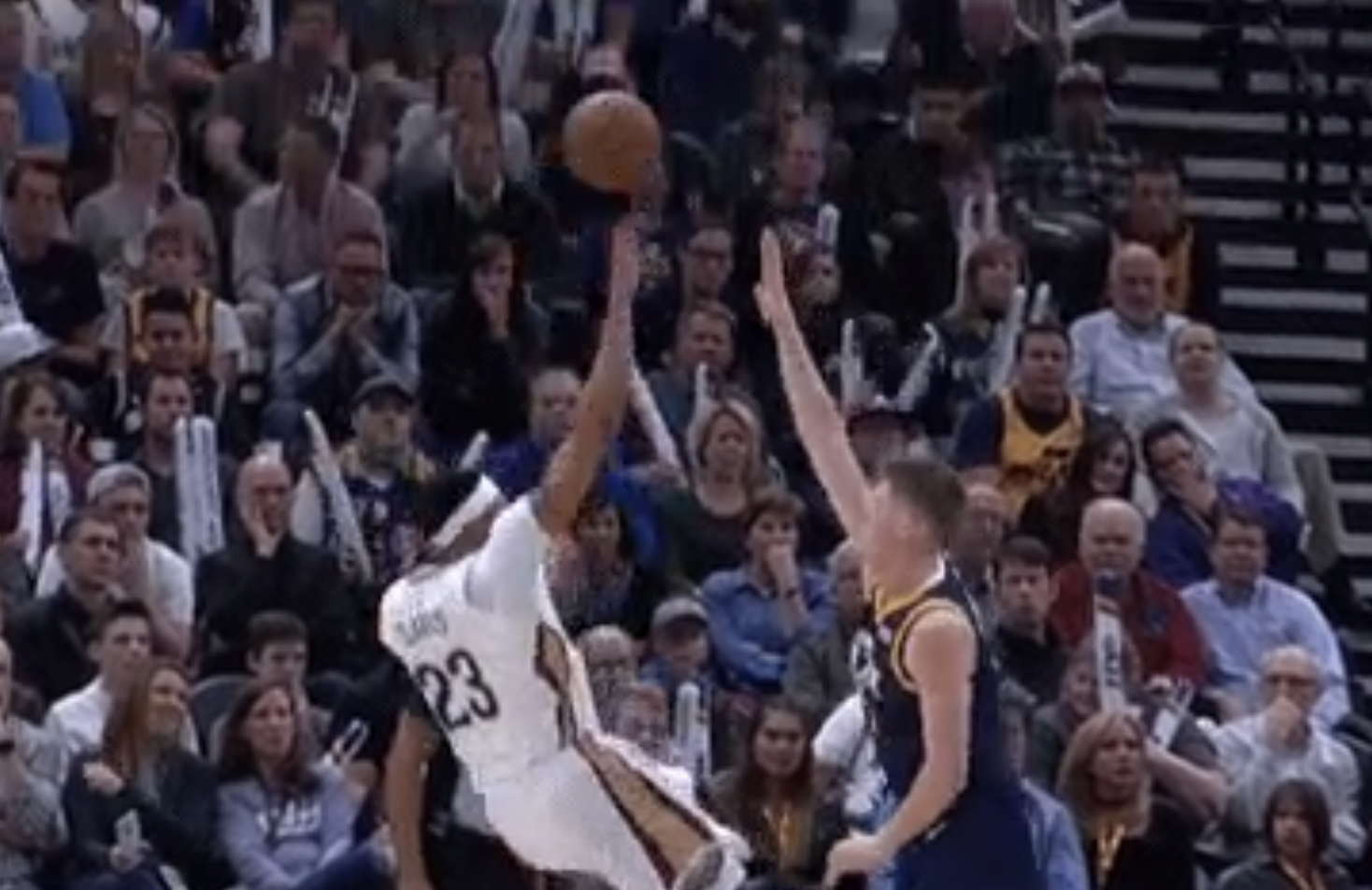 Pelicans center Anthony Davis had an entertaining flop attempt in Wednesday’s game against the Jazz, when he went up to attempt a jumper, but then fell backward as the ball left his hands, as if he were fouled.

The problem is that Davis was never touched, and there was no contact at all, so it was clear that his actions were nothing more than a sad attempt to draw a foul — on a fadeaway jumper, no less.

And yes, that clip was posted by the Jazz, who made sure that Davis’ flop attempt was seen by fans.