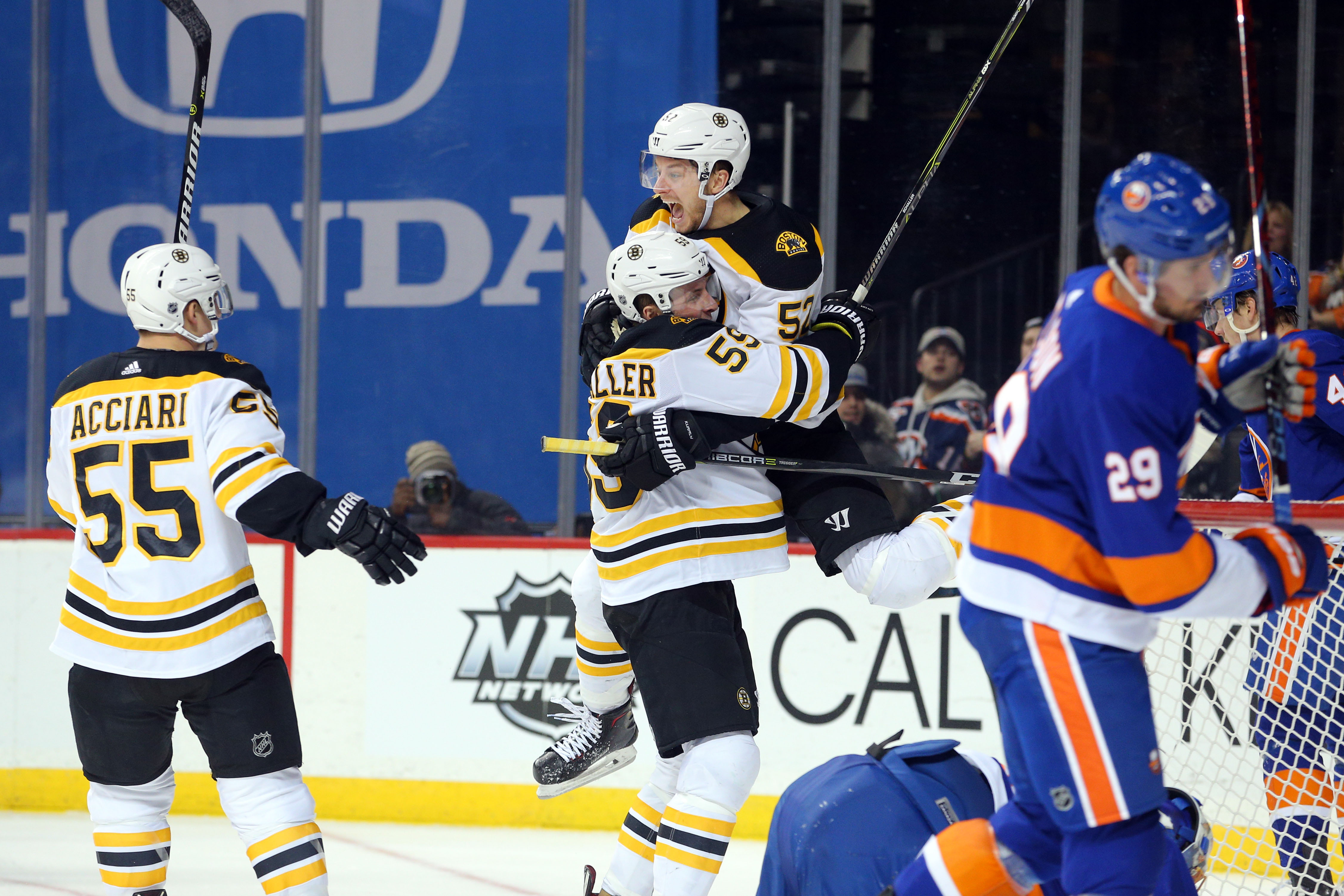 NEW YORK — The New York Islanders did something on Tuesday that they hadn’t done since March 25 – 30, 2017; they lost for the third consecutive game in regulation. Not since that excruciating stretch of games against the Boston Bruins, Nashville Predators and Philadelphia Flyers, have the Islanders looked overmatched and confused, leaving the team’s coaching staff in search for answers.

New York’s latest loss, a 5-1 rout to the hands of the same Bruins team who started last year’s three-game skid during the crucial final nine games, showed holes that need to be quickly mended to stay afloat in a brutal Metropolitan Division.

Tuesday evening started off with a dud. A little over eight minutes into the contest, rookie Danton Heinen took a quick shot off a faceoff win, from the slot, that zoomed past Jaroslav Halak for the game’s first tally.

Like the Islanders have shown all year, their comeback ability is unquestioned. Just under two minutes later, Jordan Eberle stole the puck in front of the NHL’s First Star of the month of December – Tuuka Rask – and put the puck behind him off a nifty stick handling display to tie the contest at one.

However, after Eberle’s goal, the Islanders went silent, as did the 11,878 in attendance. Doug Weight’s team was only able to muster eight shots in the middle frame and six in the final 20 minutes of play while Boston seemingly earned chance after chance, scoring four straight putting the Islanders in a hole they could not rebound from. The Bruins peppered Halak with 17 shots on net in the second period and 12 in the third to finish with a game total of 38. Rask stopped 25 of 26.

It was an ugly one for the blue and orange, that’s the entire recap you need.

1. It’s trying times for the New York Islanders. After starting the season off at a scorching 15-7-2, the Islanders are 5-9-2 in their last 16 games dating back to December 1, 2017. In that span, they’ve been outscored 68-48 and have only won twice in regulation. The other victories came in the extra session or shootout.

2. Want another scary statistic? In that span of 16 games, the Islanders have had to come from behind 14 times. The only games New York never trailed came against the Washington Capitals and Winnipeg Jets. That’s not a recipe of success of a playoff team. The Islanders cannot survive an 82-game season, let alone a playoff series trailing in 14-of-16 contests.

3. The last three games, and previous 16, have exposed ugly holes the Islanders need to patch up if they want to compete in the Metropolitan Division. Their division is arguably the toughest in hockey. A team cannot afford to continue to leave points on the table. Some of the question marks continue to regard goaltending: Who are the real Thomas Greiss and Jaro Halak? Offense: Can someone in the bottom six forwards group generate offensive pressure and sustain it? And defense: Without Johnny Boychuk and Calvin de Haan, who can step up and run the charge with Nick Leddy?

4. For the optimists, you would have to go back to March 10 to March 17, 2015 to find the last time the Islanders dropped four straight in regulation. That came against the New York Rangers, Ottawa Senators, Montreal Canadiens and Chicago Blackhawks. They previously dropped five decisions in a row from December 10 to December 18, 2016 but one of those losses came in overtime to the Buffalo Sabres.

5. The Islanders have a chance to make up necessary ground. As of Tuesday, New York is on the outside looking into the playoff picture. They have the same amount of points as the Carolina Hurricanes but have played one extra game. Currently, the Islanders are looking up at their cross-river rivals – the New York Rangers – who have 47 points and have earned at least a point in 8 of their last 10 games.

They have a chance to get back in the Wild Card picture as well as the division race as the next four contests are against the Flyers, Penguins, Devils and Rangers, respectively. The next four will tell fans who this team truly is. If they can grind out at least two wins but earn points in at least three while playing competitive, I’d avoid pressing the panic button.

6. You have to remember the Islanders do not have simple fixes to make. It’s complex. With the parity around the Eastern Conference and entire NHL, teams are holding off trading stars at the upcoming trade deadline because mathematically, most teams are still in it. From first place to last place, the Metropolitan Division is separated by 13 points. In the Central Division, Winnipeg has 53 points and last place Chicago has 42. It’s a tight race. Oliver Ekman-Larsson and Carey Price are not walking through Barclays Center locker room doors anytime soon.