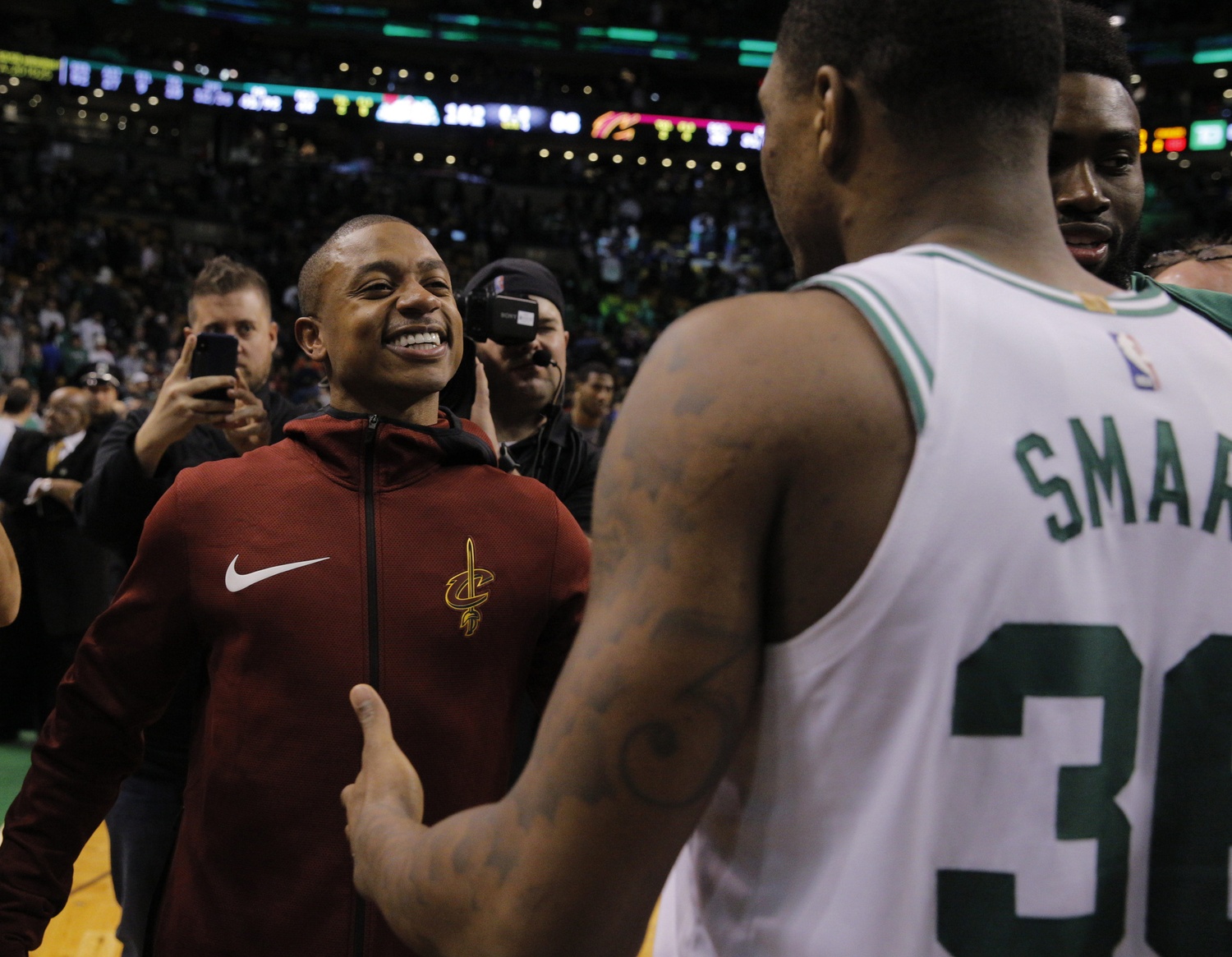 I’m so effing tired of Isaiah Thomas, his relationship with Boston and this damn tribute video. But I feel it’s my duty to report on the most talked about story this week. Danny Ainge provided some clarity this morning on Toucher and Rich:

The issue with playing the video next month when the two teams meet for their final regular season clash is it falls on the same day the Celtics will retire Paul Pierce’s No. 34. The retirement ceremony will take place after the game, but many fans feel like a 90 second video for Thomas will take away from Pierce’s special day.

Ainge does not agree with that sentiment.

“It won’t interfere with Paul,” he said. “Paul understands.”

To be honest, the moment isn’t going to be anything close to what it should have been.  We’re too saturated with talk about Thomas.