Kristaps Porzingis having difficulty adjusting to life as Knicks' star 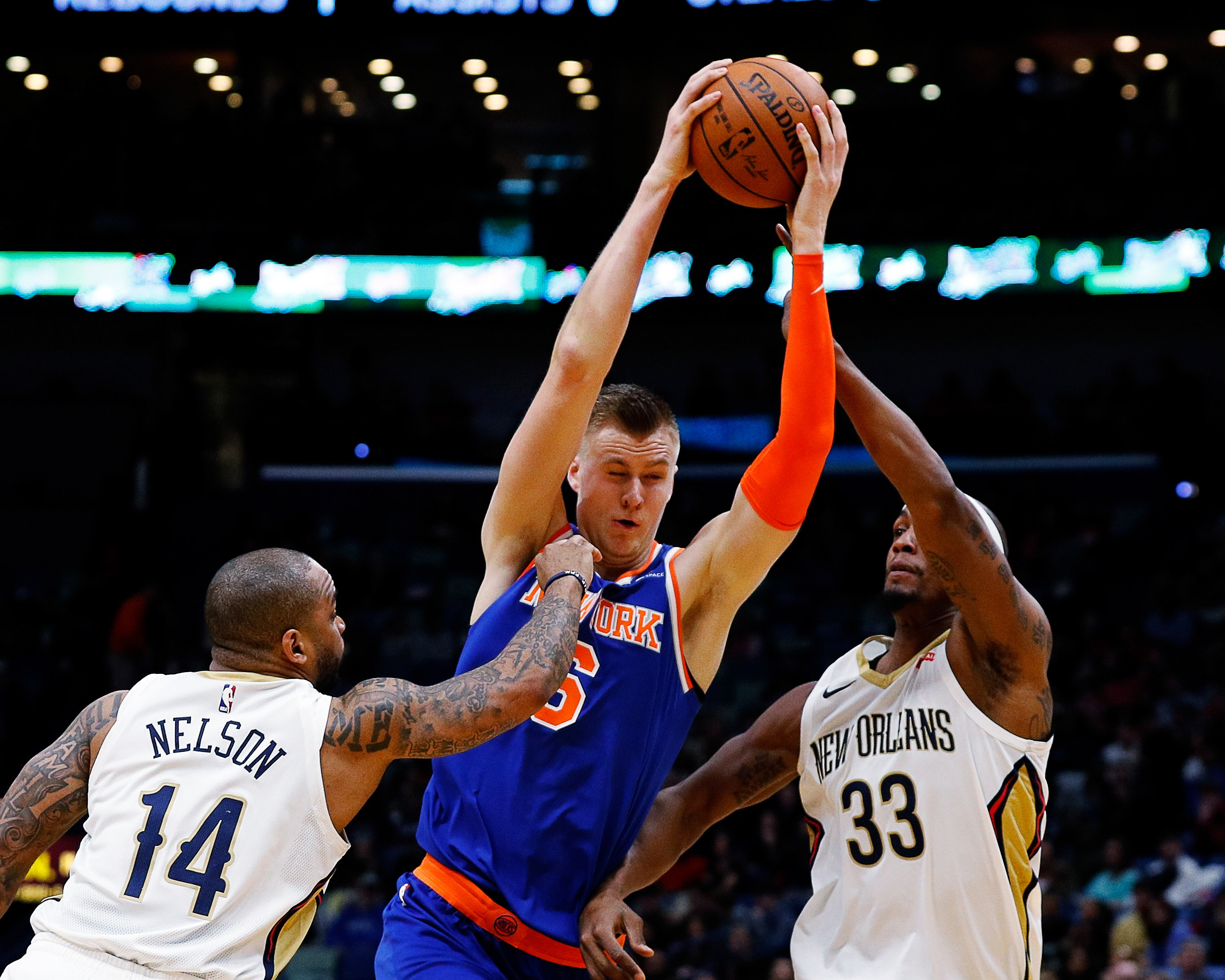 Kristaps Porzingis having difficulty adjusting to life as Knicks' star

It’s no secret that the Knicks haven’t been good on the road this season. Following a 121-103 loss to the Wizards, it shouldn’t be surprising that the team’s 3-13 record away from home is leading to frustration and fatigue. Each passing loss is like a bad case of deja vu and this team just can’t seem to stop the bleeding. Still, the fatigue this group is talking about doesn’t solely apply to mental and/or emotional exhaustion.

“I’m tired,” Kristaps Porzingis said in Washington, according to Newsday. “I’m so tired right now. I have one day now to rest my legs and then get back and play better and have more energy and also try and bring the team’s energy up.”

He added (via the New York Post), “Our energy wasn’t there. Coach said [the Wizards] had three days of rest. They came out fresh. We didn’t have it for the second half.’’ Despite tallying 16 points in the defeat, the budding star was held to just two second half points as Washington pulled away.

This latest blunder of a contest only adds to what has clearly been a less than favorable stretch for the 22 year old. After missing two games in mid-December with knee soreness and a subsequent illness, Porzingis has returned to play the last eight games. Unfortunately, he hasn’t looked like the M.V.P. candidate caliber player he emerged to be earlier in the campaign, nor is he standing tall as the guy the Knicks need him to be. Over his last eight appearances, the big man is averaging an underwhelming 19 points on an all the more discouraging 36% from the field and 25% from deep.

Porzingis is admittedly tired, but being fed up with his team’s recent struggles likely isn’t all that he meant. Instead, he appears to be experiencing some growing pains as he continues to come into his own as New York’s primary option on offense. Many of the hurdles he’s encountering were predicted before the season began, but he’s only beginning to meet some of these challenges now.

After taking the league by storm early on, opponents are starting to learn how to contain Porzingis, regardless of whether it takes them a quarter or two to figure out, or if they have his number figured out from the get-go. Opposing defenses have been much quicker to react to Porzingis, choosing to swarm him with double and triple teams as he fights for position down low. This obviously limits the room he has to be creative and/or put the ball on the floor a bit. Still a young player with raw instincts, Porzingis appears visibly flustered at times. Despite drawing contact, he isn’t receiving the foul calls a player of his caliber would like just yet. What’s more, as a defense closes out on him, Porzingis panics and is unable to see the floor and find the open man along the perimeter. Instead, he attempts to fight his way inside and that has unfortunately only led to more frustration and one dead end after another.

The Knicks need to make adjustments and find ways to help their incumbent star understand that he is not alone out there on the court.

In addition to adjusting to life in an evolved role for his team, the physical wear and tear of the campaign is starting to settle in and impact Porzingis as well. This time last year, the young gun was dealing with nagging injuries and ended up missing 7 of 11 games from December 31 through January 18. Perhaps it’s not unusual for him to be exhausted at this point in the calendar year.

Porzingis has missed six games already this season, but his team needs him more than ever. It’s key to any potential turnaround that he powers through things and the Knicks find ways to help the game come easier to him so that they can collectively propel forward and keep the playoffs within grasp.