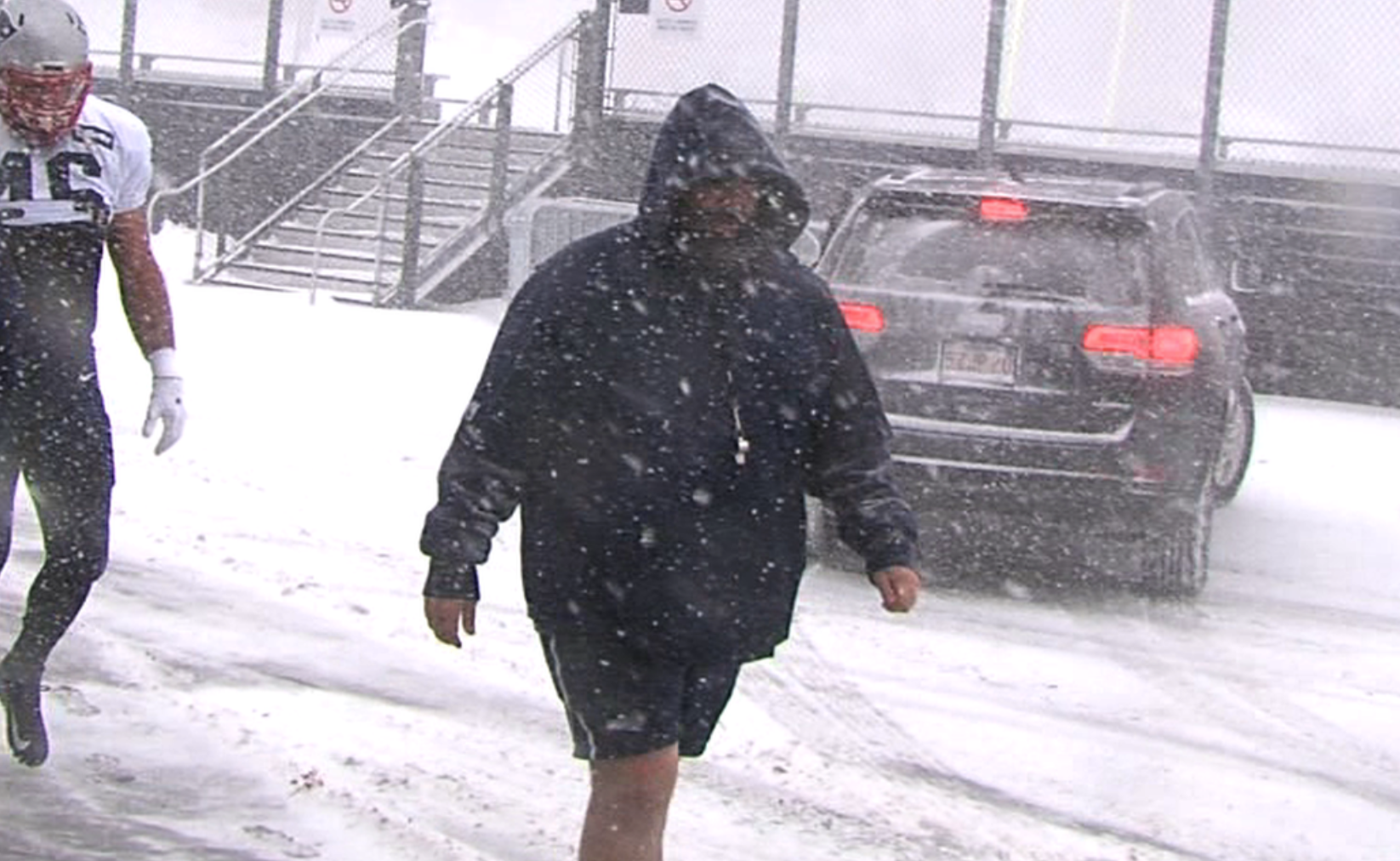 An intense blizzard swept through the Boston area on Thursday, but it was business as usual for the New England Patriots, who hit the field to practice, even with the team having a first-round bye in the playoffs.

The Patriots showed that they buy into the “No days off” mentality the team preaches about, as they were seen practicing on a snow-filled field. Sure, they could’ve practiced indoors, but Bill Belichick and his coaching staff elected not to.

Patriots defensive coordinator Matt Patricia also made a bold decision, choosing not to wear pants, for some reason. Check out this photo showing Patricia wearing shorts during the snowstorm.

Matt Patricia, in shorts, in a blizzard. @ABC6 #Patriots pic.twitter.com/yhomcsjrDc

At the time that photo was posted, the temperature in Foxboro was 28 degrees, with a wind chill of 14. Patricia, to his credit, wore a jacket, but it’s pretty amazing that he was able to parade around on his bare legs during the snowstorm.