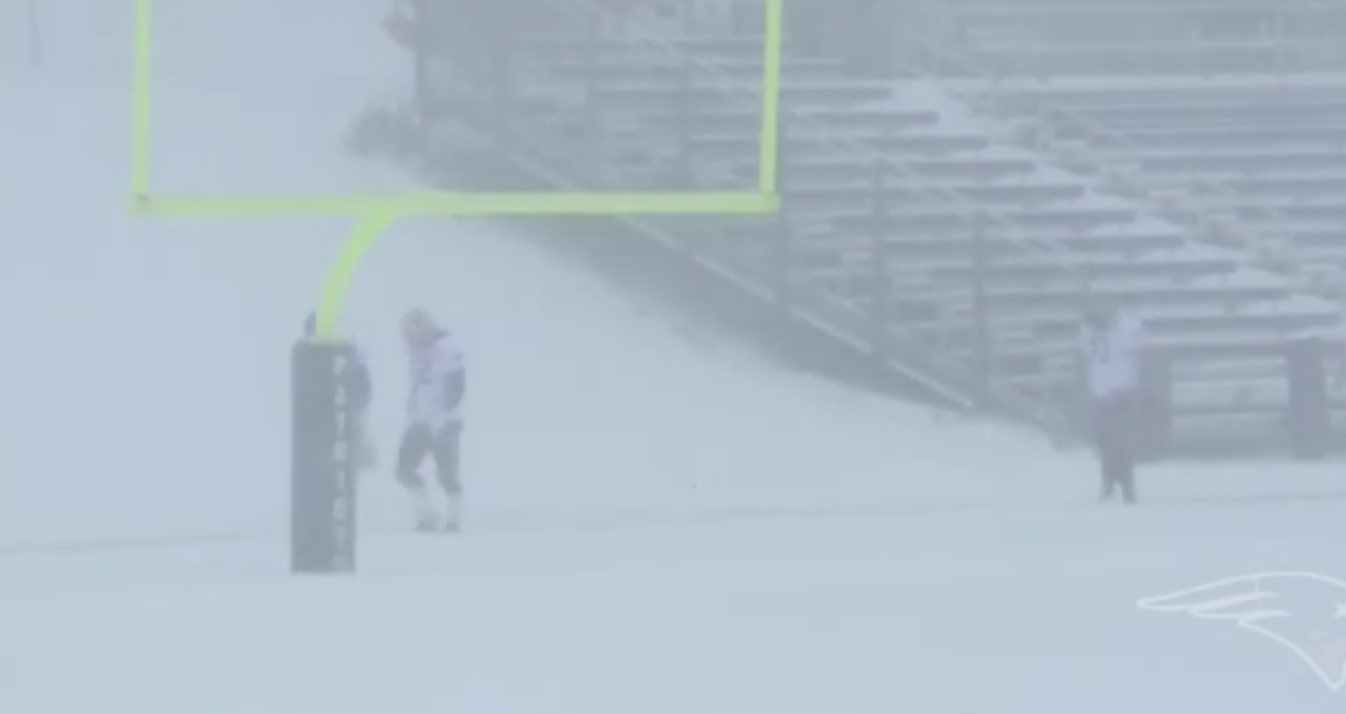 Patriots head coach Bill Belichick made it clear that his team operates with a “No days off” mentality during the team’s Super Bowl LI victory parade last year.

That mantra was on full display on Thursday, when the team practiced during the intense blizzard that has swept through the Northeast, with Boston getting hammered.

And even with the Patriots enjoying a first-round bye in the playoffs, that didn’t stop the team from practicing on Thursday. The team posted a video of the Patriots players on the field during practice, with Belichick’s famous “No days off” chant as audio overlay.

Belichick made it clear that he didn’t want to hear any excuses from players about arriving late to practice before it even began, even with the inclement weather making things difficult. That’s just the type of coach he is, and is just another reason why the Patriots have been so successful during his tenure.

Thursday’s snow-filled practice perfectly exemplified the “No days off” mantra, that’s for sure.