Paul George drains jumper, then shows his parents some love 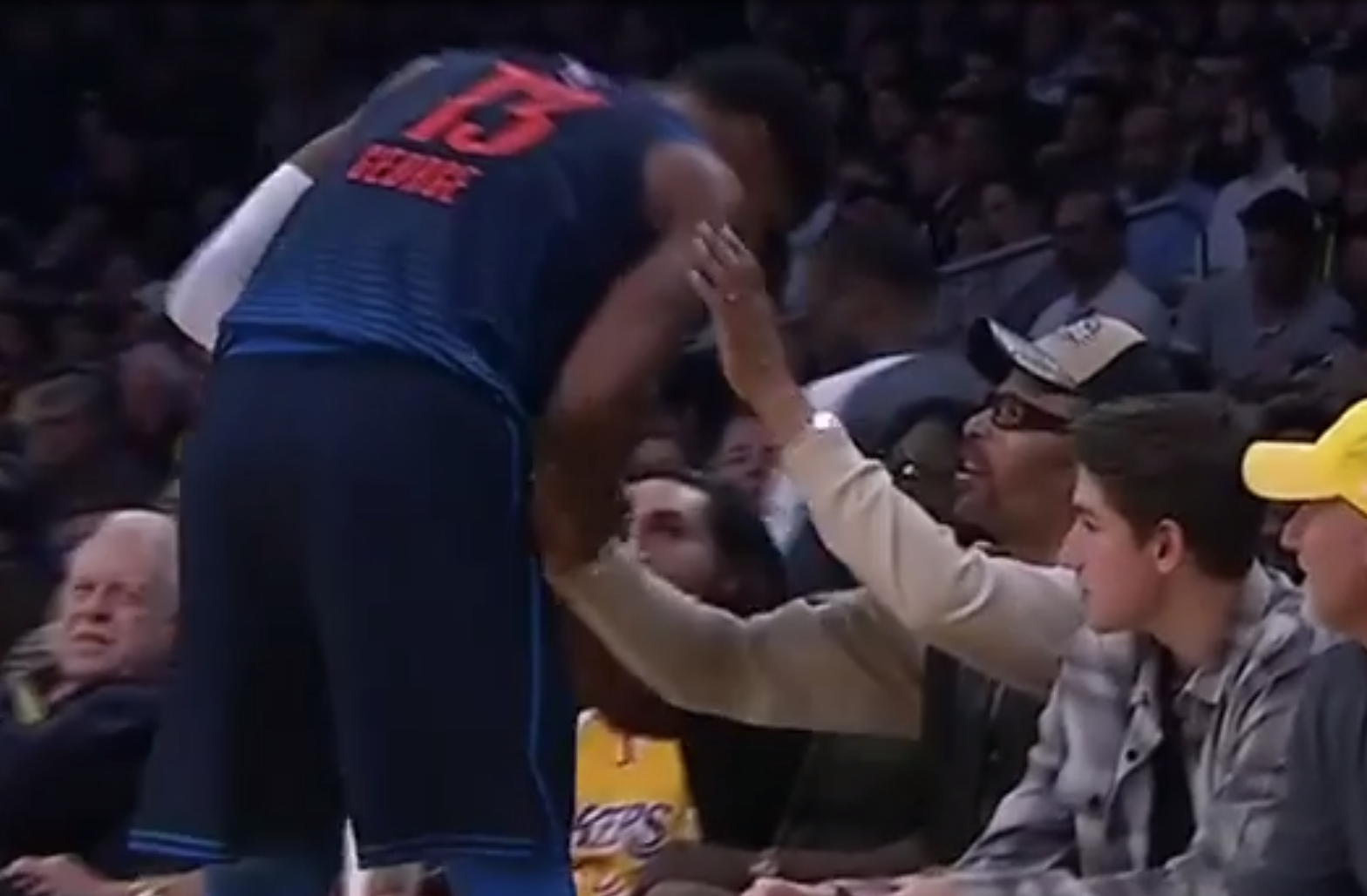 Paul George drains jumper, then shows his parents some love

Paul George was born and raised in the Los Angeles area, so it was no surprise that his parents attended Wednesday’s Thunder-Lakers game at Staples Center.

George’s mother and father sat courtside for the Western Conference showdown, and they had a front-row view of their son playing against the team he may end up on in the future.

PG13 turned in a big performance against his hometown team, with 24 points on 9-of-14 shooting. He even managed to show some love for his parents after hitting one of those shots as well. It happened when George drained a three-pointer, which caused the Lakers to call a timeout. He then went over to his parents, and gave his dad a hug. George didn’t forget his mother, though, and gave her a kiss on the forehead, which produced a smile on her face.

Paul George hits the jumper then greets his parents on the sideline!#ThisIsWhyWePlay pic.twitter.com/t0Jb79WeEU

It was great to see that George was busy doing work on the court, but still found time to show some love for the two people who made him who he is today.