Your Blizzard Dump... Where the Celtics kicked ass but the media is making excuses 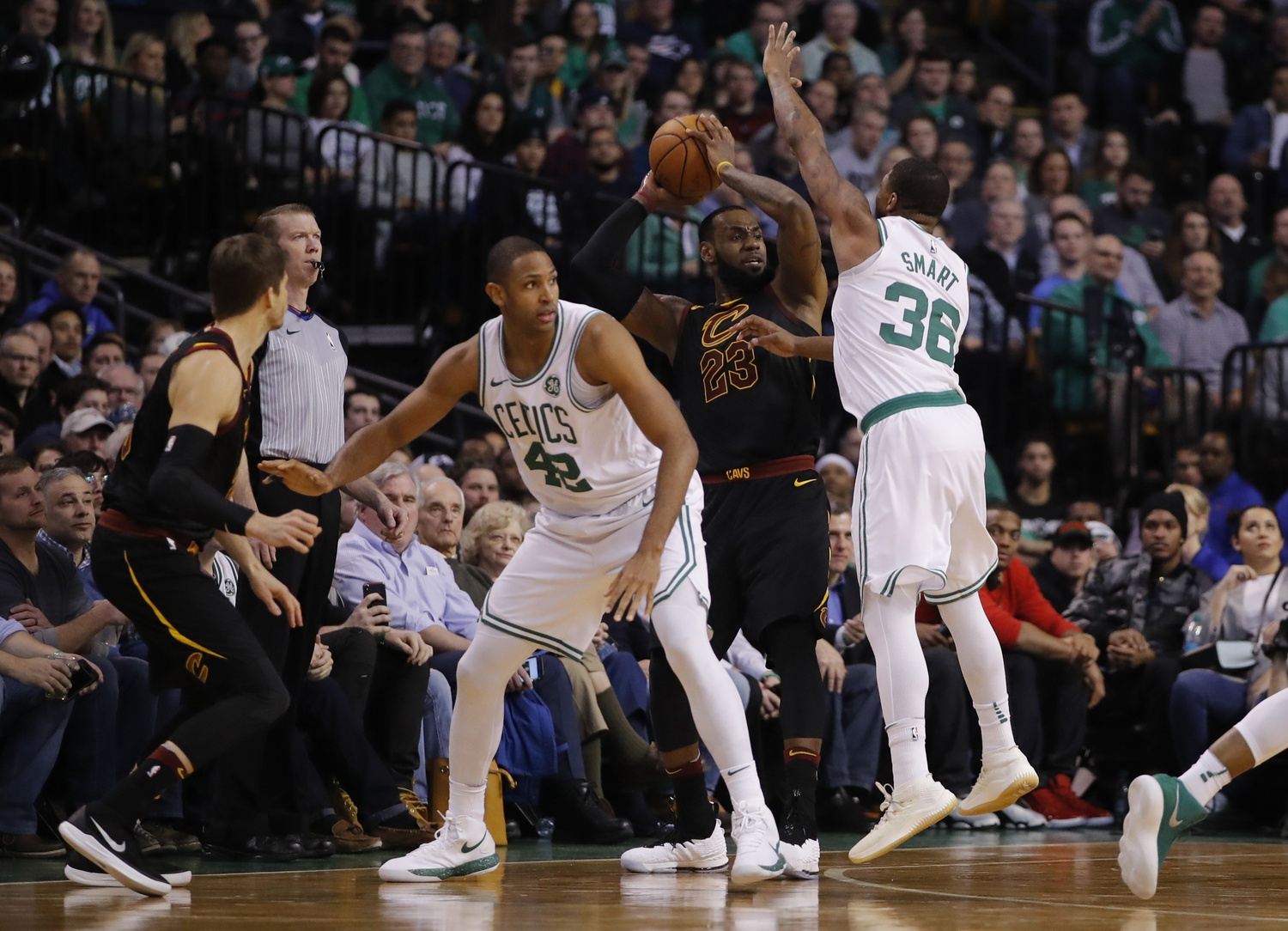 Your Blizzard Dump... Where the Celtics kicked ass but the media is making excuses

It’s the time of year when the Cleveland Cavaliers‘ season starts to go off the rails a bit — as it did each of the past three campaigns. And through some combination of fans panicking, LeBron James tweeting cryptically and the front office wheeling and dealing, the Cavs made it to three straight NBA Finals.

Wednesday’s loss — a 102-88 stinker against the Boston Celtics— shouldn’t be all that surprising. Cleveland, the oldest team in the league, was playing on the second night of a back-to-back. And the Cavaliers were playing on the road after flying in late Tuesday night. And they were playing a Celtics team that had 2½ months to stew on its opening-night loss in Cleveland and anticipate its chance for some measure of revenge.

Let’s flash back a 2-3 weeks. The Cavaliers (without Tristan Thompson and Isaiah Thomas) had rattled off a ridiculous 18 wins in 19 games (a stretch that included 3 wins on the second night of a back-to-back).

‘Bron was on a mission. Wade was rejuvenated. Love was playing his best ball in Cleveland. All we heard from the media was how dominant Cleveland looked and that Boston should be ascared.

After the Boston beat down – the Cavs 5th loss in 7 games – notice the narrative shifts dramatically.

Boston suffocated Cleveland with it’s league leading defense. Boston also won without a marquee night from Kyrie Irving (although he was brilliant in defeating the Cavs traps).

I’m not here to do cartwheels over a regular season win. I realize the Cavaliers are going to be better with Isaiah Thomas and present a massive challenge to the Celtics. I just want this team to get some god-damn credit without qualifiers for a big win.

Related – Yahoo Sports: After convincing win, is it ok to believe in Celtics? | NBC Boston – This one means a little more

On Page 2, Terry Rozier is killing it.

In the fourth quarter, Rozier once again heated up, putting to bed any chance of a comeback from an exhausted Cavaliers squad. He exploded past Jeff Green on a closeout, catching Green off balance and using his lightning-fast first step to get to the rim for a layup. He ran through an interesting series of screens to shake off Jae Crowder before curling to the top of the key for a 3-pointer that put the Celtics up 18 with seven minutes remaining. He attacked Crowder again off the dribble, fading to his right and hitting a difficult bank shot. Finally, he got Tristan Thompson in a favorable switch and dribbled his way into a triple from the top of the key to put the Celtics up by 21 with just over five minutes remaining.

With the exception of his floating bank shot against Crowder, virtually everything from Rozier’s offense came within the flow of the game plan, taking advantage of mismatches as they showed themselves. The Celtics ran Rozier through screens specifically designed to get him opportunities to score, and he converted consistently on those chances. That’s a big development in his game — one James himself noted afterward.

Undefeated – Celtics get infusion of youth from Brown, Tatum |  Globe – Celtics route Cavaliers for signature win |  Herald – LeBron impressed by Celtics, but not panicking | Mass Live – Jae Crowder ‘played like sh-t against old team’ |  Herald – Thomas shows love for Celtics, Ainge and city  | NBC Sports – Score one for Kyrie, but not with points