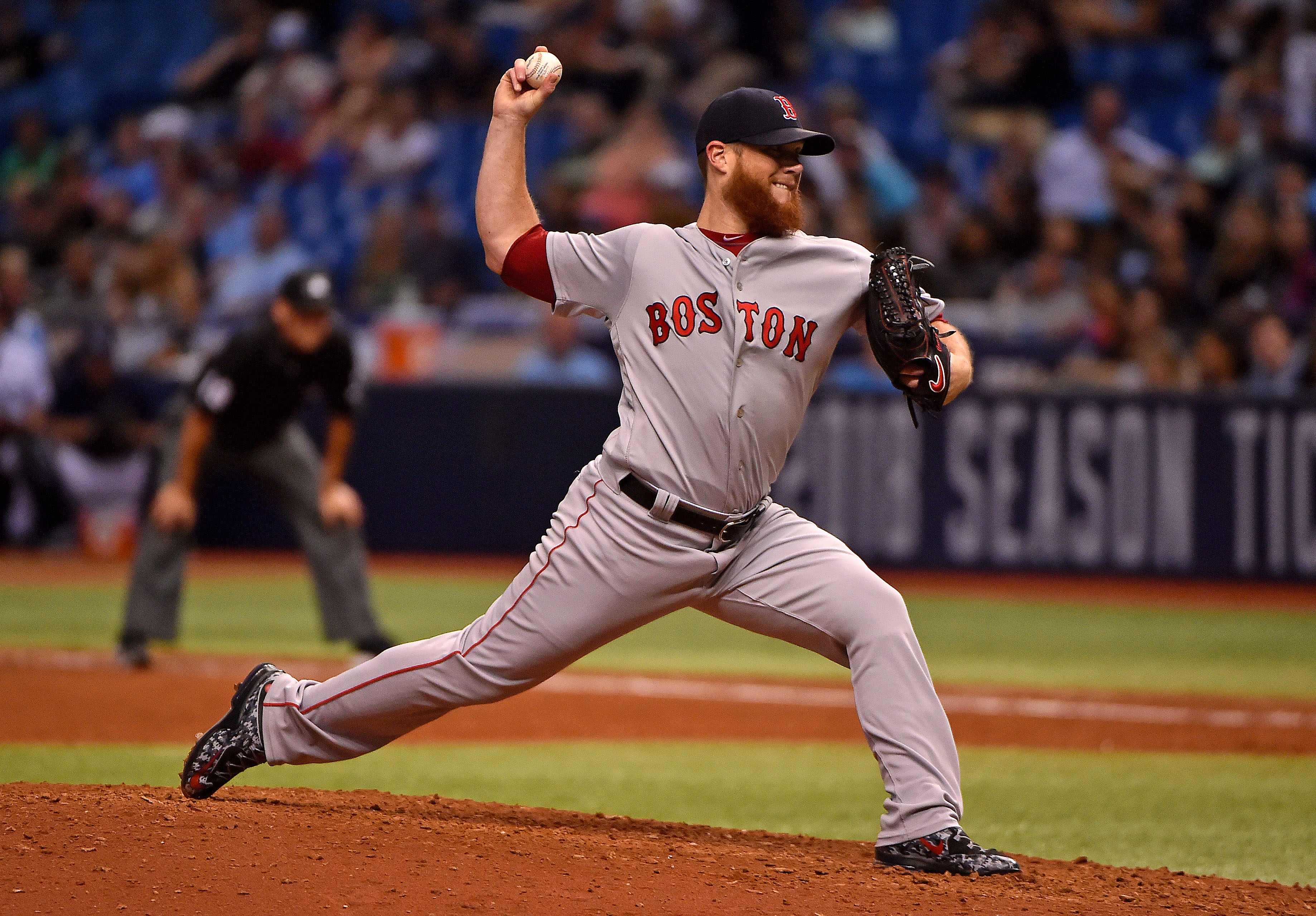 The holiday season is officially over, which means one thing — this is the final month in which we won’t get to see any on-field MLB action until about November. While a lack of major transactions have made the winter feel more excruciating than normal, the light is at the end of the tunnel.

Now that we’re about five or six weeks away from pitchers and catchers reporting to their assigned locations in Arizona and Florida, why not light the fire of anticipation with some bold predictions, right? Here are 10 to keep you warm until something big happens to get the Hot Stove burning.

Since 2002, only Aroldis Chapman has accomplished this feat, doing it in 2014 for the Cincinnati Reds with a 52.5% strikeout rate and 20.2% swinging-strike rate.

On the heels of a truly dominant season, the hard-throwing right-hander is entering his age-30 campaign and is set to enter free agency next winter. It wouldn’t be shocking if that walk-year magic hit him with another eye-popping performance.

Miguel Cabrera Will Be a Top-20 Hitter

Miggy certainly has a lot of things working against him heading into 2018, but he’s still one of the best right-handed hitters of this generation. He’s posted a wRC+ below 130 just twice between 2004-16, and that number settled in at 129 both times.

Plus, some of his peripherals were still legit. Last year’s .292 BABIP was much lower than his career number (.344) despite posting the third-best line-drive rate (27.3%), second-lowest soft-hit rate (9.9%) and seventh-best hard-hit rate (42.5%) among qualified hitters. He may not be the force he once was, but I’m not yet convinced that he’s totally done.

An active MLB roster is 25 guys deep during a season (not counting September).

Stanton and Judge have a shot at becoming MLB’s best home run-hitting duo of all time now that they’re both in pinstripes. And when we add a healthy and productive Bird to those two and Sanchez at a homer-friendly place like Yankee Stadium, who knows what they’re capable of.

Jon Gray Will Be an NL Cy Young Award Finalist

The Colorado Rockies have never had one of their pitchers win the National League Cy Young award. It’s pretty hard to perform well on the mound while calling Coors Field home, ya know.

Paul Goldschmidt Will Make a Run at a 30-30 Season

Among all seasons in MLB history where a player has hit 30 homers while stealing 30 bases, only one first baseman has done it. That’d be Hall of Famer Jeff Bagwell, who reached this milestone in 1997 and 1999.

Goldy is a unique player because he’s a first baseman that can contribute in these categories. He just hasn’t put it all together in one year yet. Check out his home run and stolen base numbers since 2015.

He’ll be entering his age-30 season in 2018, but he’s been an above-average base runner throughout his career. It’s clear that he has the ability to do so, giving us a chance that we’ll see him at least get close this year.

Are you ready for the 2018 MLB regular season to get underway? If you’re not yet, the best way to do so is by nabbing some affordable Opening Day tickets from SeatGeek.

The New York Mets Will Have a Top-10 Rotation

Despite all the apparent talent, the Mets’ starting staff finished 2017 with the National League’s second-worst ERA (5.14) while their 8.8 fWAR ranked in the bottom half of the league.

For as bad as they struggled last year, New York actually had one of baseball’s best rotations in 2016 — their 18.0 fWAR was tied for first and their 3.61 rotation ERA was third best. Pairing Jacob deGrom with a healthy Noah Syndergaard again will help lead this group, and you have to think it can’t get any worse for the trio of Matt Harvey, Steven Matz and Zack Wheeler. None of them posted an fWAR better than 0.4 or an ERA better than 5.21, while Harvey led the group in innings pitched (88.2). This doesn’t take hopeful rebounds from Seth Lugo and Robert Gsellman into account, either.

Having a new manager in Mickey Callaway and pitching coach in Dave Eiland will also help. It doesn’t seem like the Mets can get any worse, but they certainly have the talent to bounce right back.

Is it actually bold to predict Mike Trout doing anything on a baseball field? Probably not, but there have been only four different 40-40 seasons in MLB history: Jose Canseco (1988), Barry Bonds (1996), Alex Rodriguez (1998) and Alfonso Soriano (2006).

After watching his stolen base totals steadily decline from 49 thefts in 2012 to just 11 in 2015, Trout re-committed himself to swiping bags in 2016. The results speak for itself, as he stole 30 bags that year, followed by another 22 in just 507 plate appearances last year.

The power isn’t going anywhere — he’s slugged at least 33 homers three times in the last four years. If it wasn’t for his first career stint on the disabled list, he would’ve challenged for his second 40-homer performance in 2017 (his .323 ISO was 33 points better than his previous career high).

With a fully healthy season (which hasn’t been a problem for him) and a better offense around him, there’s no reason to think the 26-year-old can’t make a run at a 40-40 season. I mean, he’s Mike Trout, he can do anything.

Outside of a 2017 season in which he dealt with some injury issues, Hamels has been as consistent as they come. The southpaw has thrown at least 200 innings eight times since 2008. He’s been worth at least 3.5 wins eight different times during this time period, as well.

His 17.1% strikeout rate and 9.7% swinging-strike rate were also personal worsts for the left-hander, who will be entering his age-34 campaign in 2018.

3 Teams Will Win 100-Plus Games Again

There have only been six seasons in baseball history that have included three different 100-win teams. It’s only happened in consecutive seasons once, which took place in 2002 and 2003.

We’ve got ourselves a solid base here — the Los Angeles Dodgers and Houston Astros both won 100-plus games in 2017 and are returning mostly the same rosters that helped each of them reach the Fall Classic last October. The Cleveland Indians, who led the American League with 102 victories last year, will also bring back the nucleus of their roster for another run at a title (with Yonder Alonso in place of Carlos Santana at first base).

The Washington Nationals only have one glaring hole on their roster after winning 97 games, while both the Chicago Cubs and Yankees could have a legitimate shot at reaching the century mark.

The Seattle Mariners Will Make the Playoffs

They haven’t tasted champagne since 2001.

This will be a tall order since they reside in the American League West with teams like the Astros, Los Angeles Angels and Texas Rangers, but it’s not impossible. In fact, we’ve seen three teams from the same division reach the playoffs four times since the wild card format expanded in 2012.

General manager Jerry Dipoto has seemingly done a good job of upgrading the offense this winter with the additions of Dee Gordon and Ryon Healy, but they’ll have to hope for more consistency (and health) from their pitchers in 2018 to break baseball’s longest playoff dry spell.