Isles Insights: Things go from bad to worse as Islanders fall to Pittsburgh, 4-0 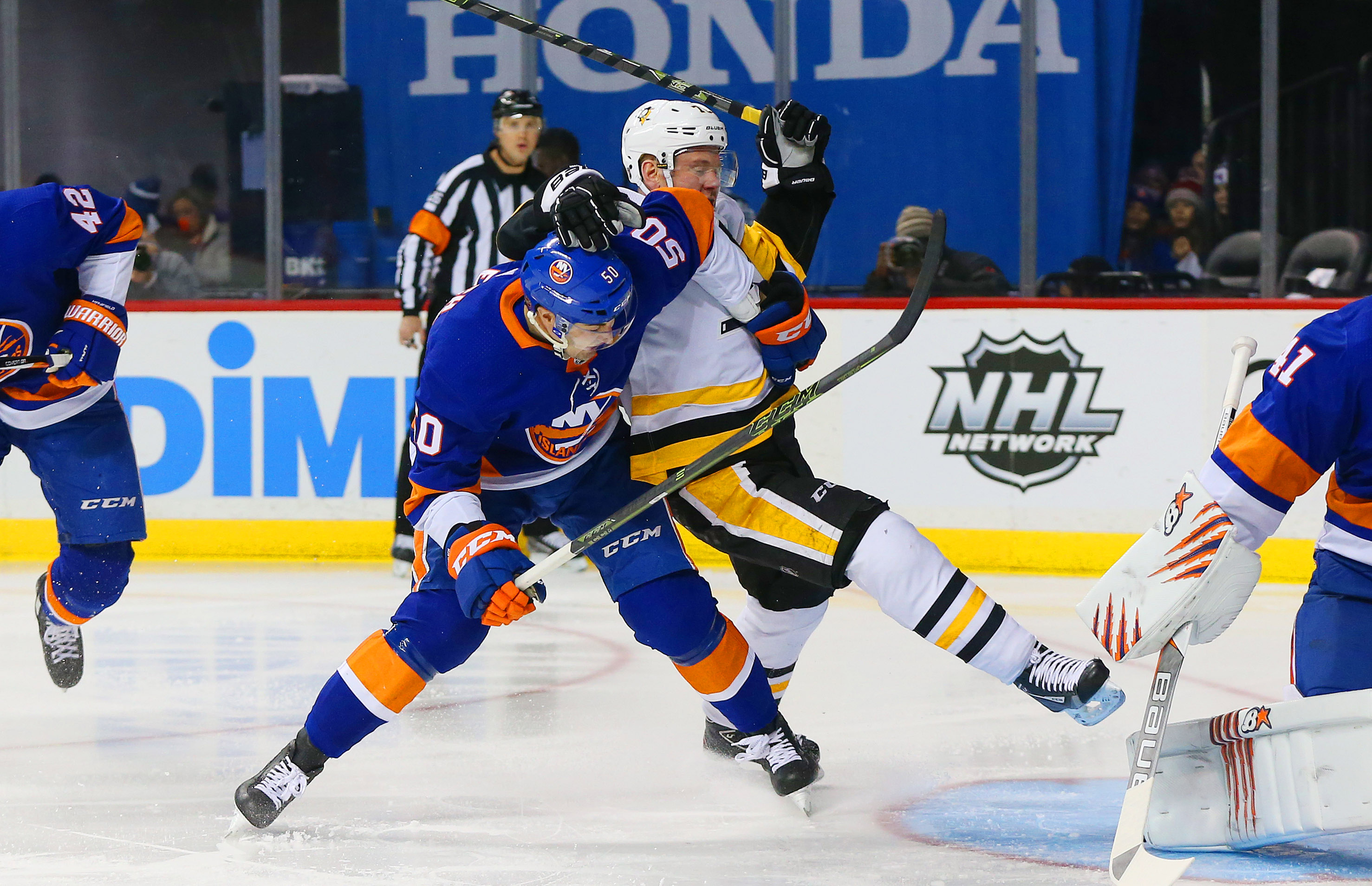 NEW YORK — If things were bad for the Islanders entering Friday night’s matchup with the Pittsburgh Penguins, then they got even worse by the time it ended.

A second-period surge by the Penguins led to a 4-0 defeat to extend the Islanders losing streak to five games, and in the process, the team lost star forward Josh Bailey to a lower-body injury. Andrew Ladd and Ryan Pulock also left the game in the third period.

In nearly identical fashion to Thursday’s loss to Philadelphia, the Islanders allowed quick goals to start the second period and were outplayed through most of the middle stanza.

It was a two-on-one rush that led to the Penguins first goal of the night 41 seconds into the second period. Sidney Crosby and Daniel Sprong went flying up the ice with only Nick Leddy back to defend. Crosby sent the puck to Sprong, who put it past Jaroslav Halak.

The Penguins made it 2-0 less than three minutes later when Evgeni Malkin scored on the power play off a blast from the right faceoff circle. The third goal came at 15:50 when Sidney Crosby banked the puck off the side of Halak and into the net for his 397th NHL goal.

Sprong scored his second goal of the game late in the third period to give the Penguins a 4-0 advantage.

The effort came on the heels of a much more spirited first-period effort from the Islanders, who generated several quality scoring opportunities.

Even more disappointing is where the loss drops the Islanders down to in the standings. New York moved down to seventh in the Metropolitan and just two points ahead of the last place Flyers.

1. The Islanders had their worst second period efforts in back to back games after Friday night’s loss to the Pittsburgh Penguins. As mentioned above the Islanders were completely outplayed in the second period with shots and shot attempts all favoring the Pens, as well as the score by the end of the period. It took the Flyers a grand total of 6:24 to grab a three-goal lead, the Penguins took a little longer (15:50) to score three goals, but the result was still the same.

Andrew Ladd had the puck picked off his stick in the offensive zone which led to a two-on-one and Daniel Sprong’s first goal of the game. An open look and open net gave Evgeni Malkin an easy one-timer goal with the Penguins on the power play. Then with the Islanders hemmed in their own Sidney Crosby went to work, putting up an incredible individual effort and then banking the puck off Jaroslav Halak from the goal line and into the net.

2. Speaking of Halak, the Islanders goaltender put up an admirable effort but again he allowed four goals to an opponent. Halak, who has been the better of the two netminders, has given up four or more goals in his last four starts for the Islanders. Friday was also his fourth straight loss in net and Halak has not had a win since December 27 against the Buffalo Sabres. 3. The Islanders had been held to one or no goals just four times through the first two months of the season, but during their current five-game losing streak New York has been held to one or fewer goals three times and have scored more than two goals just once. It has been a frustrating time for the Islanders offense, which remains one of the highest scoring despite the current slump. Anders Lee and John Tavares have been held to just two goals over the recent five-game stretch, and Mathew Barzal has one lone point during the losing streak.

And the Islanders have been outscored 25-8 through the last five games.

4. Josh Bailey was injured, and Andrew Ladd and Ryan Pulock left the game in the third period. If you’re looking for an update on either of those players it might not come until Sunday. The Islanders have Saturday off and it is likely that team won’t provide an update on their health until Doug Weight addresses the media Sunday morning. 5. “We have to keep them to two. Give ourselves a chance in the third. They just buzzed us in the second and able to take that lead, and then played shutdown the whole third period. We’ve just found ourselves behind too often of late.” — Anders Lee on what went wrong for the Islanders on Friday

6. One of the few things that Islanders did do right was their DIFD (Do It For Darin) night to help raise awareness for youth mental health. The foundation was started by Islanders’ assistant coach Luke Richardson and his wife, Stephanie, following the suicide by their daughter Darin when she was 14. Stephanie Richardson dropped the ceremonial faceoff and Luke Richardson was presented with a $25,000 dollar donation by the Islanders. 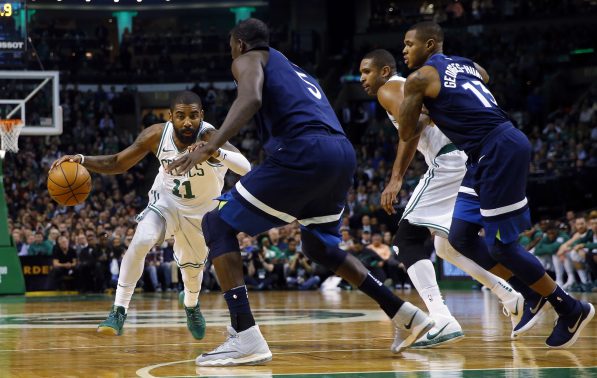 In some future dimension, this Friday night matchup of the Boston Celtics and Minnesota Timberwolves is an NBA Finals preview. And in ours, it’s still...