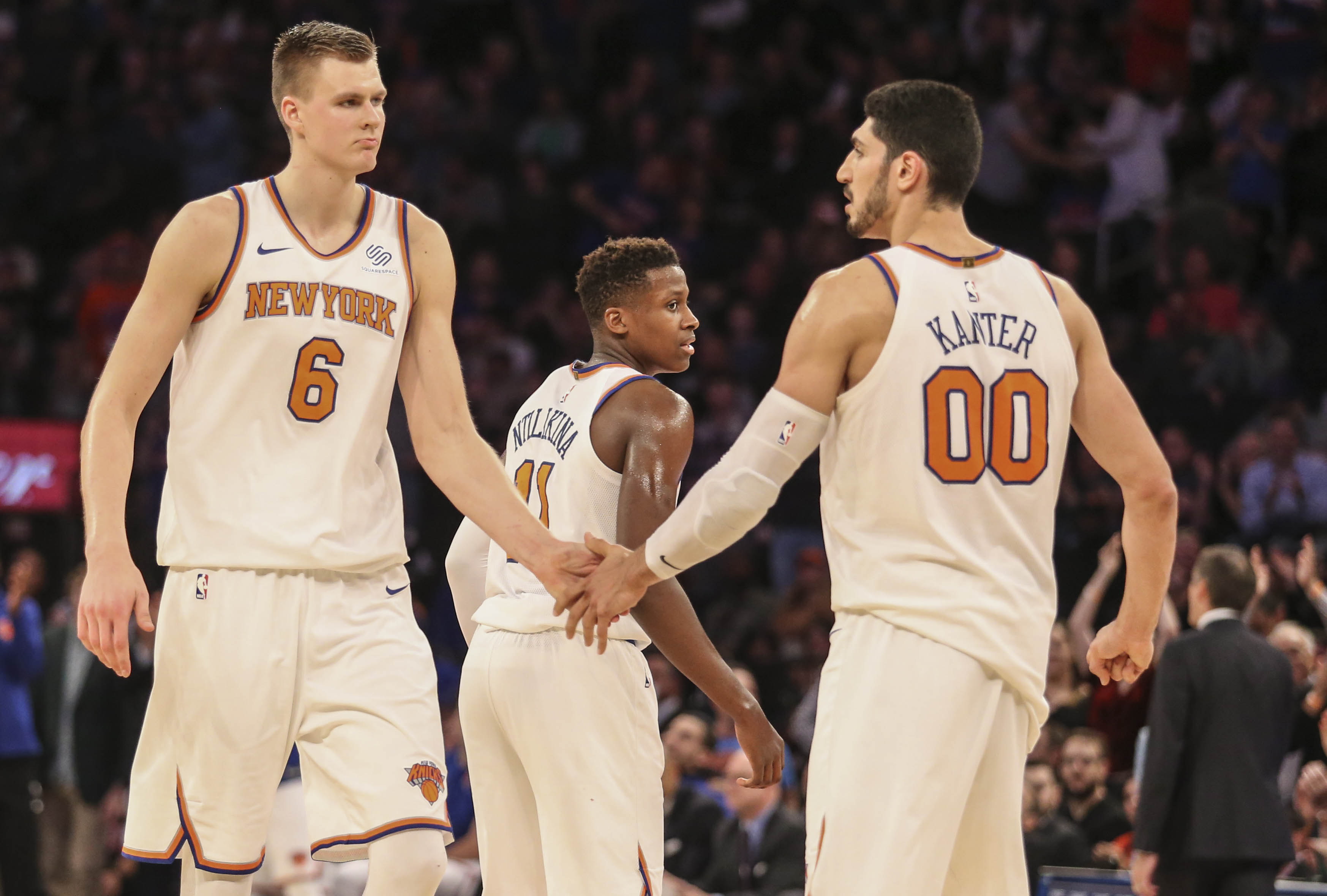 With Carmelo Anthony not only off the Knicks, but out of the Eastern Conference, Kristaps Porzingis has a much clearer path to stardom, and that seemingly includes NBA All-Star appearances as well.

There’s a certain level of assumed popularity when it comes to being the leading man and respective fan-favorite of the Knicks. Despite marks of 23.8 points per contest (thirteenth in the NBA) and 2.2 blocks (third best in the league), Porzingis has missed time this season and his team is in the midst of a new year slump, now standing two games below .500.

Nevertheless, Porzingis’ respective prowess has been rewarded on some levels. Fans will need to really get behind him to give him the proper boost that propels him into the big game. Whereas the 22 year old may be zeroing in on an All-Star spot, Enes Kanter is more on the outside looking in. He, however, still snuck into the top ten vote-getters amongst Eastern Conference front court players at ninth overall.

After spending the last two seasons as the Thunder’s sixth man, Kanter has emerged as the heart and soul of this promising Knickerbocker squad. It’s nice to see fans reward his passion. Kanter has been much more than simply an emotional leader, however. His production speaks for itself. Currently averaging a double-double on the campaign, the 25 year old’s 10 rebounds rank eleventh best in the NBA, whereas his 3.6 offensive boards and 60% shooting each rank fourth best in their respective categories as well.

With New York transitioning in a refreshing direction with a greater sense of hope and optimistic, it makes sense that Porzingis and Kanter collectively stand tall at the center of it all, even if the team is still taking a bit of time to truly find its way.