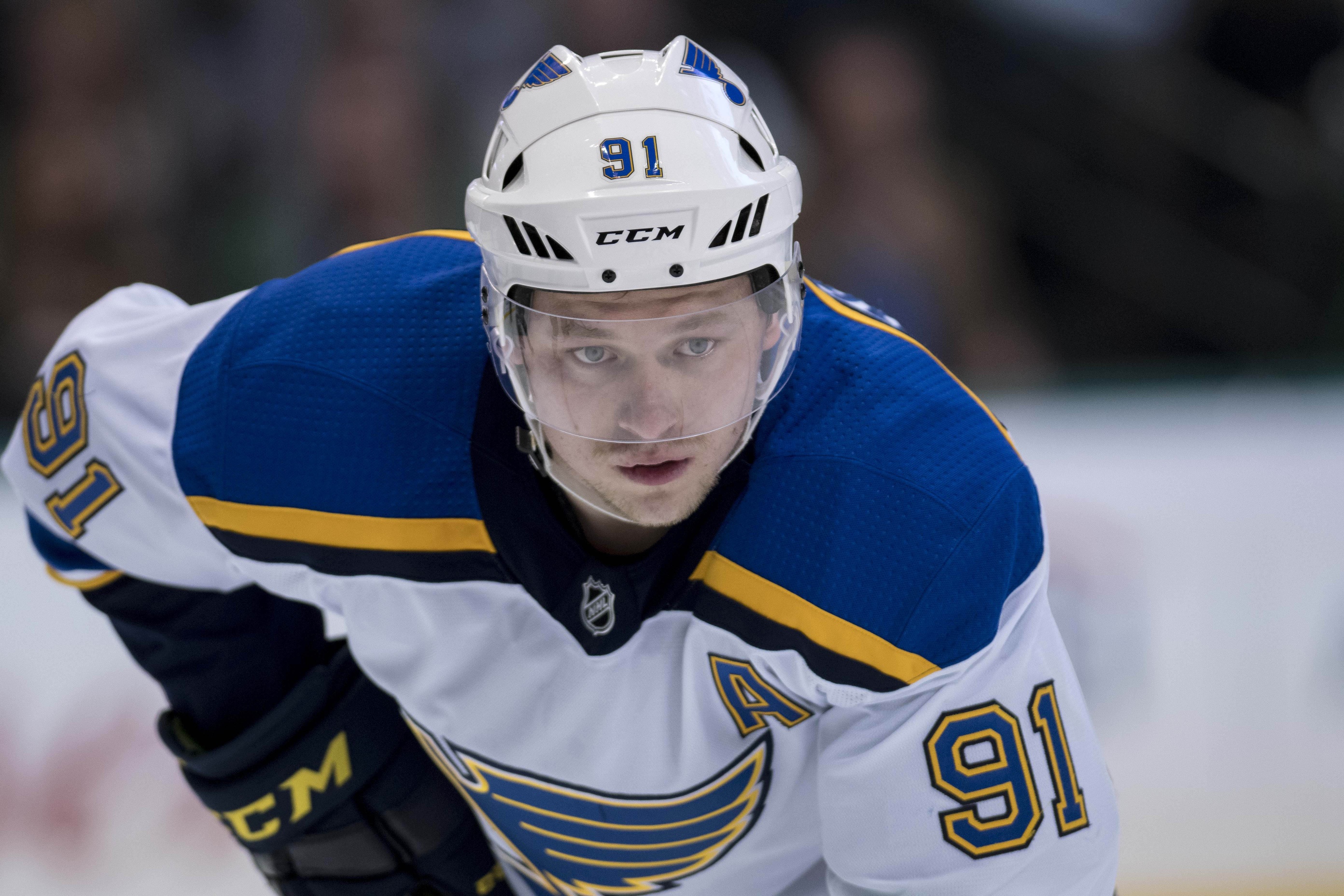 If the St. Louis Blues were in a tight 2-1 game in the third period, who would you want them to put on the ice? Odds are good you’d want Vladimir Tarasenko on offense in the hopes he’d find another goal to give the team some breathing room.

That wasn’t the case against the Vegas Golden Knights on Thursday night, as head coach Mike Yeo chose other options ahead of Tarasenko.

The Blues took a 2-1 lead with roughly 14 minutes remaining in the third period. From there, Tarasenko spent most of the time on the bench while Yeo played more of his grinders.

When asked about the decision following the game, Yeo said “there’s no strategy” behind Tarasenko being kept on the bench.

“I think you can make a story of it if you want. The bottom line is, you can look at it how you want to look at it, what he wasn’t doing or what other guys were doing. I don’t think it’s any different from what we talked about with (Kyle Brodziak) and (Scottie Upshall) earning some extra ice time. It’s not any different from (Carter Hutton) deserving a couple games. There were some guys last game that were rolling really well and playing really well and through the course of the game as a coach you have to do what you think is right to get the win.”

Yeo was essentially trying to play the hottest hands in order to close the game out. That’s a fair approach, but you kind of have to question it when Tarasenko has proven time and time again that he needs just a moment to turn a 2-1 game into a 3-1 game. The same can’t be said for the players (Jaskin, Paajarvi) who saw more time.

It’s easy to write this one off because the Blues won. Had they fallen, this would be a pretty hot topic and for good reason. Why wouldn’t you play an apparently healthy Tarasenko in the third period of a one-goal game? Doesn’t that go against the “we have to play to win, we can’t play to not lose” mentality that Scottie Upshall and others were preaching? Sidelining one of your best scorers sounds more like a sit back and defend approach rather than trying to close things out.

The eye test suggests Tarasenko wasn’t at his best against the Golden Knights. Still, he has the capability of transforming a game with a single flick of the wrist even if he looked off prior to that moment. Others don’t have that potential. No one is suggesting he should’ve been double-shifting or anything like that, but it seems a little crazy to think you wouldn’t deploy your best offensive weapon in a close game.