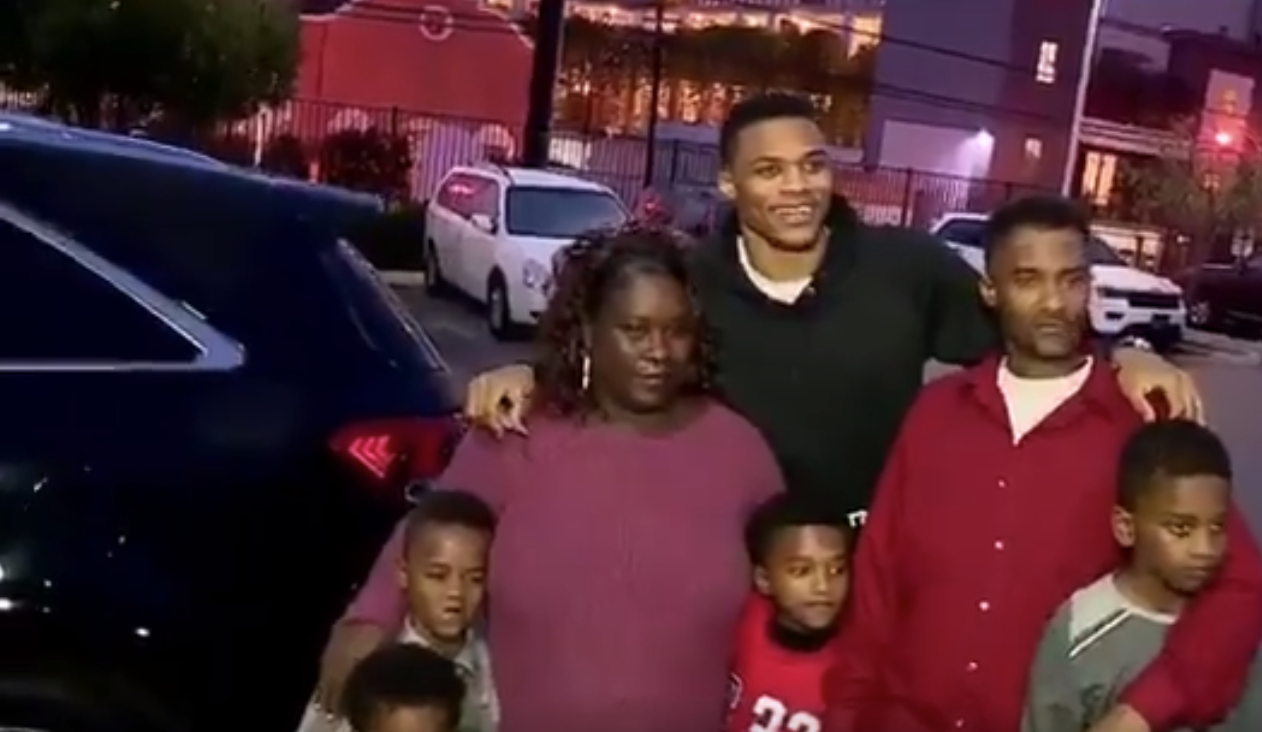 Russell Westbrook and the Thunder have been in Los Angeles during the team’s recent road trip, and the reigning MVP award winner found some time to give back to the community while there.

Westbrook’s Why Not? Foundation teamed up with the United Way of Greater Los Angeles and St. Joseph’s Center to help a family in need. The family resides in Los Angeles, and is comprised of a mother, father and four children, with another on the way. They were unfortunate to recently have had their car break down, but Westbrook rectified their problem in a big way.

The Thunder star surprised them with a 2017 Kia Sorento SXL — the vehicle he won after being named MVP of the 2016 All-Star Game. Check out their reaction in this video clip.

On Tuesday, with the help of @launitedway, @russwest44 surprised the Ibrahim family at @stjosephctr in Venice by giving them the brand new car he received for winning the 2016 NBA All Star MVP! #whynot pic.twitter.com/80skBdAASC

Westbrook opened up about why he helps give back to the community, and added that he loves doing so.

The holiday season may be over, but Westbrook still appears to be in a giving mood, and we commend him on the amazing gesture.