Back To Back Tests Prove Worthy For C's, Defeating Nets 87-85 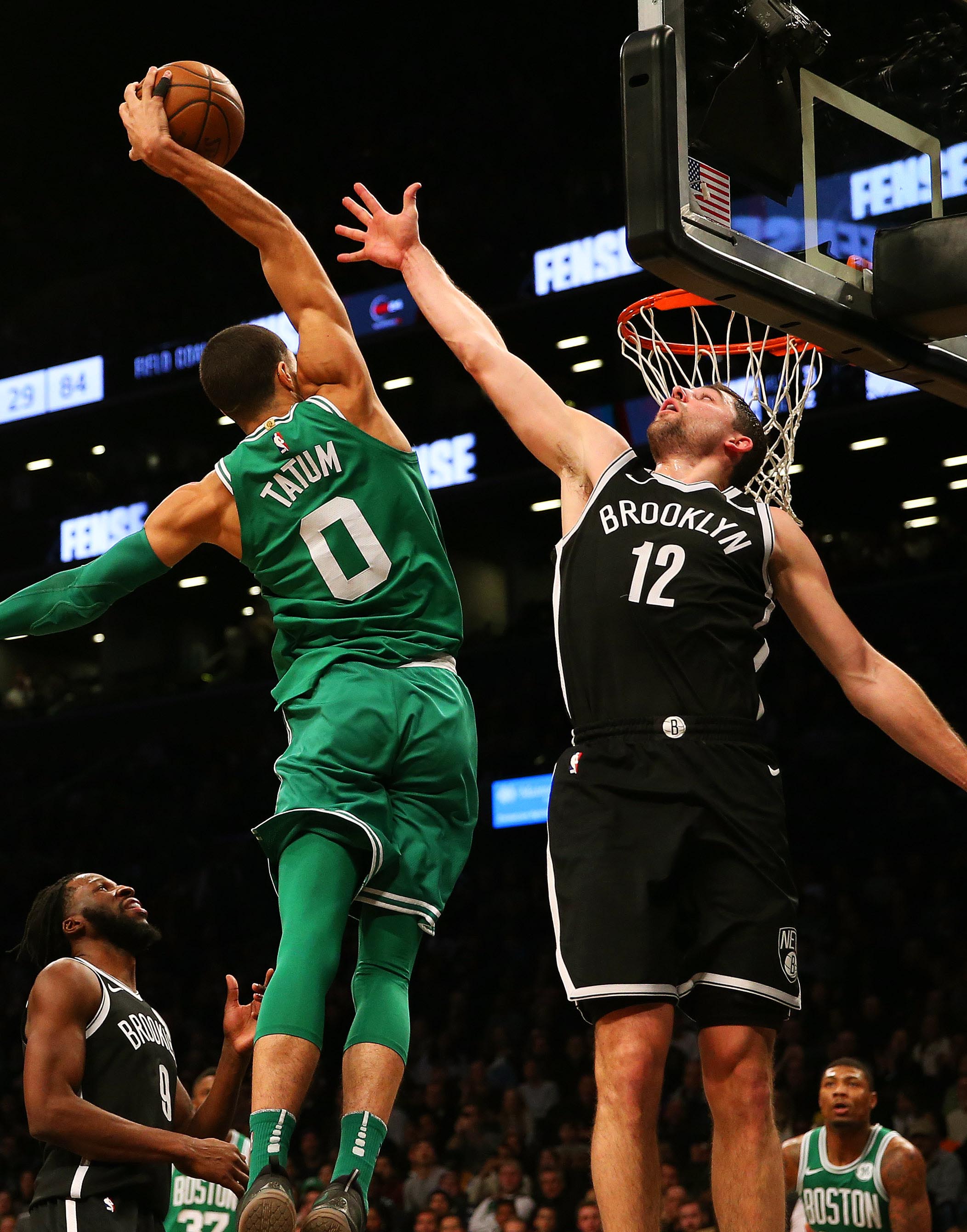 Back To Back Tests Prove Worthy For C's, Defeating Nets 87-85

A five day break between now and the next game for Boston lies across the pond in London, when they play the 76ers in a international match which is prepped to have fans globally looking on but new but fan bases across the world having the ability to watch their teams.

Tonight, another grinding match between Boston and the Brooklyn Nets took lace and Boston took away the win. Rookie Jayson Tatum (14 pts) was the culprit in the Celtics comeback with about a minute and half to go, driving to the hoop for the slam to give the Celtics a 84-83 lead then drains a three pointer to further the lead out to 4 87-83, eventually giving the C’s victory. This time around, guard Kyrie Irving led the club with 21 points after struggling to find offensive traction early on and grabbing 6 boards and dishing out 5 assists. Center Aron Baynes was a focal point in the offense, scoring 10 points and grabbing 6 boards but having a commanding presence down low against the Nets on the possessions he was in the game. Guard Marcus Smart has been red hot coming off the bench, firing away double figures on a nightly basis now, getting 11 points against Brooklyn while taking charge of the offense. Fellow guard Shane Larkin also got some time in, playing against his former team, scoring 9 points while going 1-1 from the three and bringing the quick speed to the Celtics back court.

Fr Brooklyn, another heartbreaking loss to the C’s shows the development they have reached from a year back. Point guard Spencer Dinwiddie scoring 20 for the club while newly acquired center Jahlil Okafor scored 12 in 13 minutes to to with 5 rebounds. Former Celtics center Tyler Zeller was very active against his old team, scoring 7 points to go with 5 rebounds in 16 minutes. Combined, Brooklyn out rebounded Boston 55-44, with guard of all people Joe Harris leading the way with 12 boards and 10 points. The former University of Virginia product thrived in the grinder type games, shown tonight with the low scoring duels the Virginia Cavaliers highlighted when Harris was one of its star players a few years back.

For Boston a five day “break” falls in place before playing the 76ers across the pond January 11th. Stay tuned!