Clippers Lose Blake Griffin, and Get Crushed By Warriors 121-105 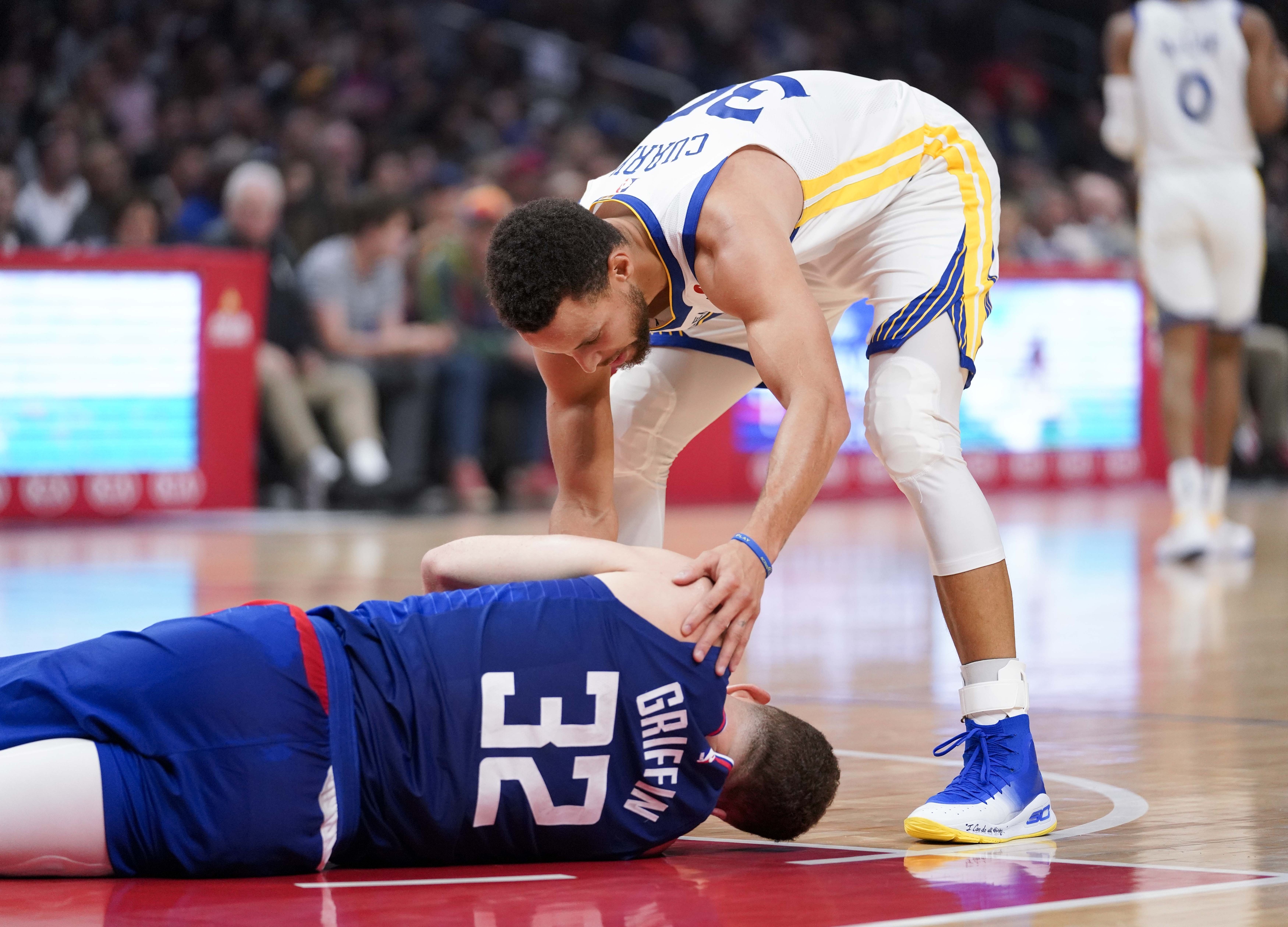 Clippers Lose Blake Griffin, and Get Crushed By Warriors 121-105

Today’s Clipper game went more poorly that anyone could have imagined; not only did the team get crushed by the Warriors, Blake Griffin also received a concussion in the 1st quarter.

Blake’s injury was a scary one, as he took an inadvertent elbow to the face by Javale McGee as Blake drove to the basket. Griffin laid motionless on the floor for what seemed to be an eternity, and up close you could see his hand trembling.

He was eventually helped to the back, after playing only 9:49 in the game.

The Clippers continued on without Blake, actually keeping the game close. Believe it or not, the game was tied 50-50 with 3:30 left in the second quarter. However, the game ultimately got out of hand in the 3rd quarter, when the Warriors went on 39-21 run to take a 103-76 lead.

“I just knew right away when I got free for a couple of threes in the first quarter, and when they went down I started to get a rhythm, but beyond that you just keep your head down and keep shooting, keep being aggressive, and that’s really it. There’s no thought process, but you know when your shot is feeling better than other nights, just play and have fun.”

On a positive note for the Clippers, Tyrone Wallace made his debut for the team. Here’s what Wallace had to say moments before his debut

Wallace looked a bit passive in the first half, but eventually began aggressively attacking the basket. He finished with: 13 points, 3 steals, 2 assists, and 3 rebounds. Doc Rivers spoke about the rookie post-game:

“He played terrific. I love his size, you forget how long and big and athletic he is. It’s just going to take him some time but I enjoyed watching him overall tonight.”

The Final Clip: This was a very tough loss for the Clippers. The game was essentially over by the 3rd quarter, and they lost their star player. Fortunately they play Atlanta & Sacramento next week, and have a chance to regroup.