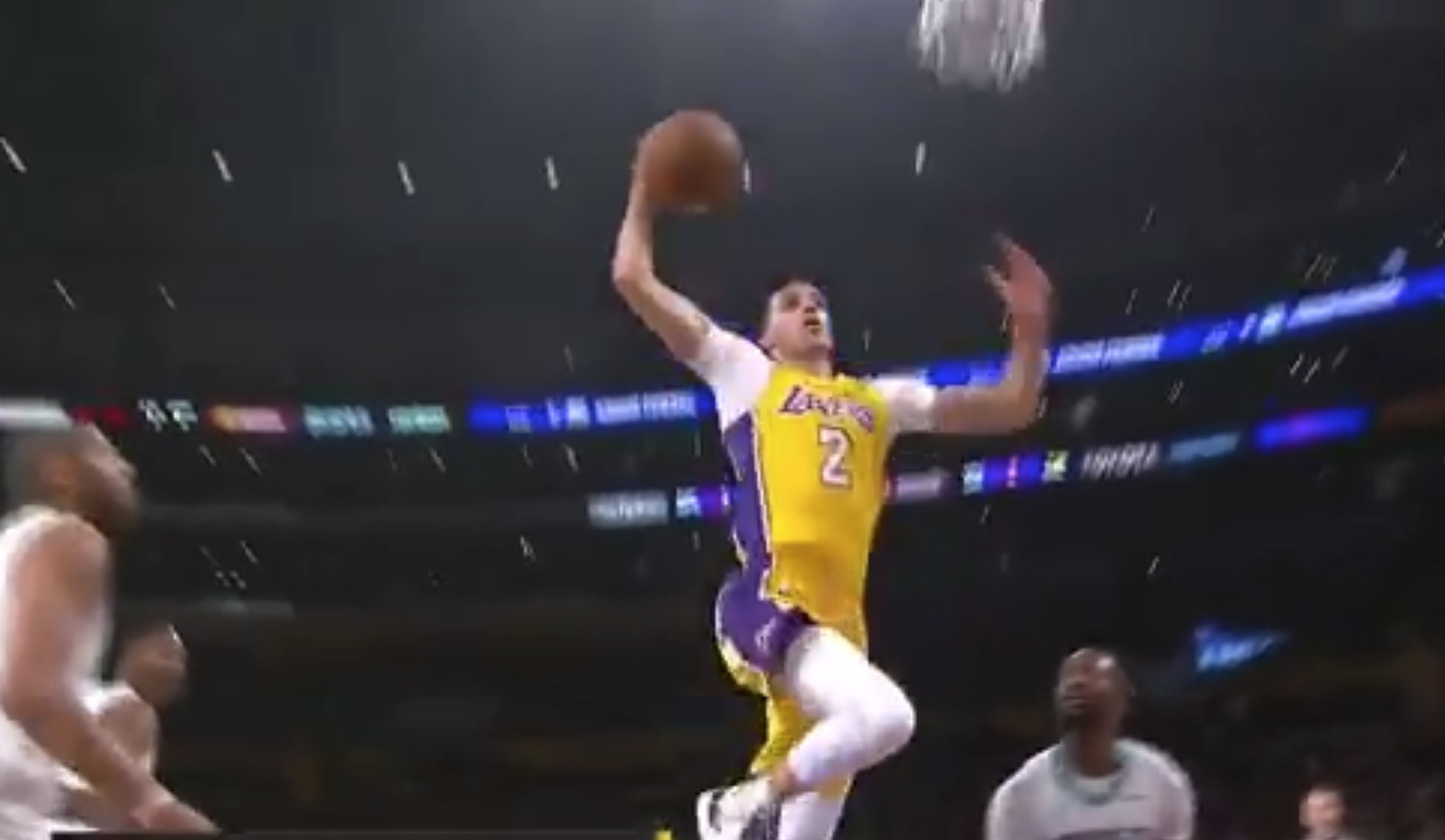 Lonzo Ball appears to have recovered from his shoulder injury, judging by what he did in Friday night’s game against the Hornets.

Ball, who had missed the past six games with a sprained left shoulder, showed that he can be a dominant scoring threat and attack opposing defenses when he wants to.

The Lakers rookie point guard brought the ball up the court on one particular play, and wasted no time in challenging Hornets star Kemba Walker, who picked him up on the perimeter. Ball used a crossover move to shake Walker, then drove the lane in hopes of finishing the play. He did exactly that by elevating and throwing down a powerful dunk with one hand, which you can watch below.

It’s highlight-reel plays such as that one that justify the Lakers selecting Ball with the second overall pick in this year’s draft.