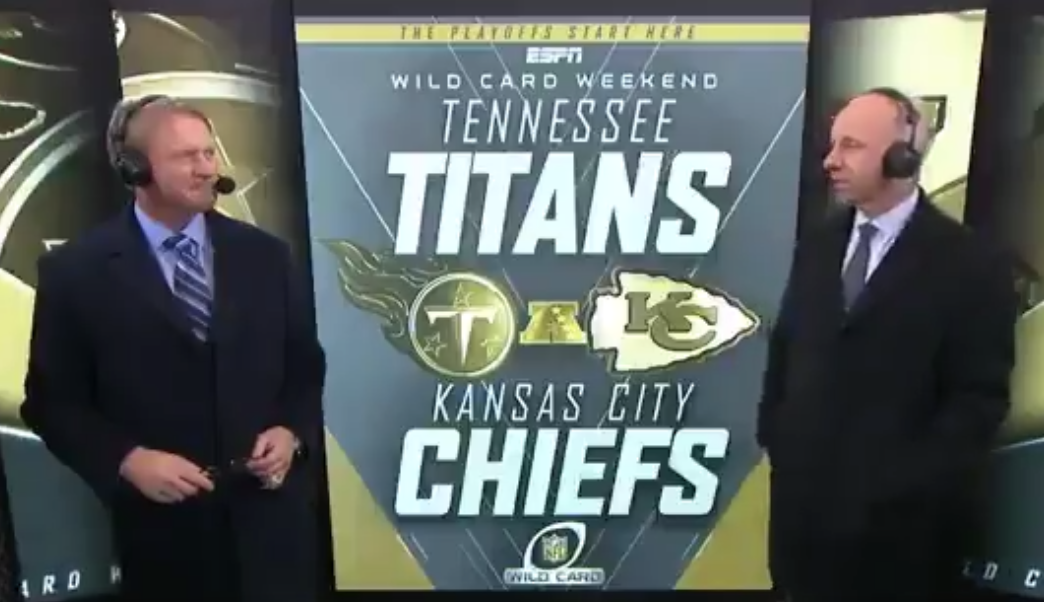 ESPN broadcaster Jon Gruden was on the call for Saturday’s wild-card game between the Titans and Chiefs, in what was his final time in the booth, as he prepares to move on to coach the Raiders.

Gruden and his partner, Sean McDonough, have shared some great moments during their two seasons together, which is likely why the veteran broadcaster got a bit choked up while sending him off on Saturday night.

McDonough said goodbye to Gruden on the air after the game concluded, which entailed him relaying how much his colleague has meant to the “Monday Night Football” crew, and also saying the following:

“Good luck with your Oakland Raiders,” McDonough said. “It will be tough for a lot of us on this crew to be impartial when we go into those production meetings and see you next year.”

Here's the awkward Jon Gruden-Sean McDonough goodbye at the end of the #Chiefs–#Titans playoff game.pic.twitter.com/JWKwmYaQ7h

Gruden replaced Tony Kornheiser in the booth back in 2009, and has called “Monday Night Football” games — among others — for the network since that time. This display all but confirms that he will indeed become the head coach of the Raiders, and puts an end to his tenure in the booth. Gruden did a great job both entertaining and educating fans during games, and it will be interesting to see who ESPN brings in to replace him.