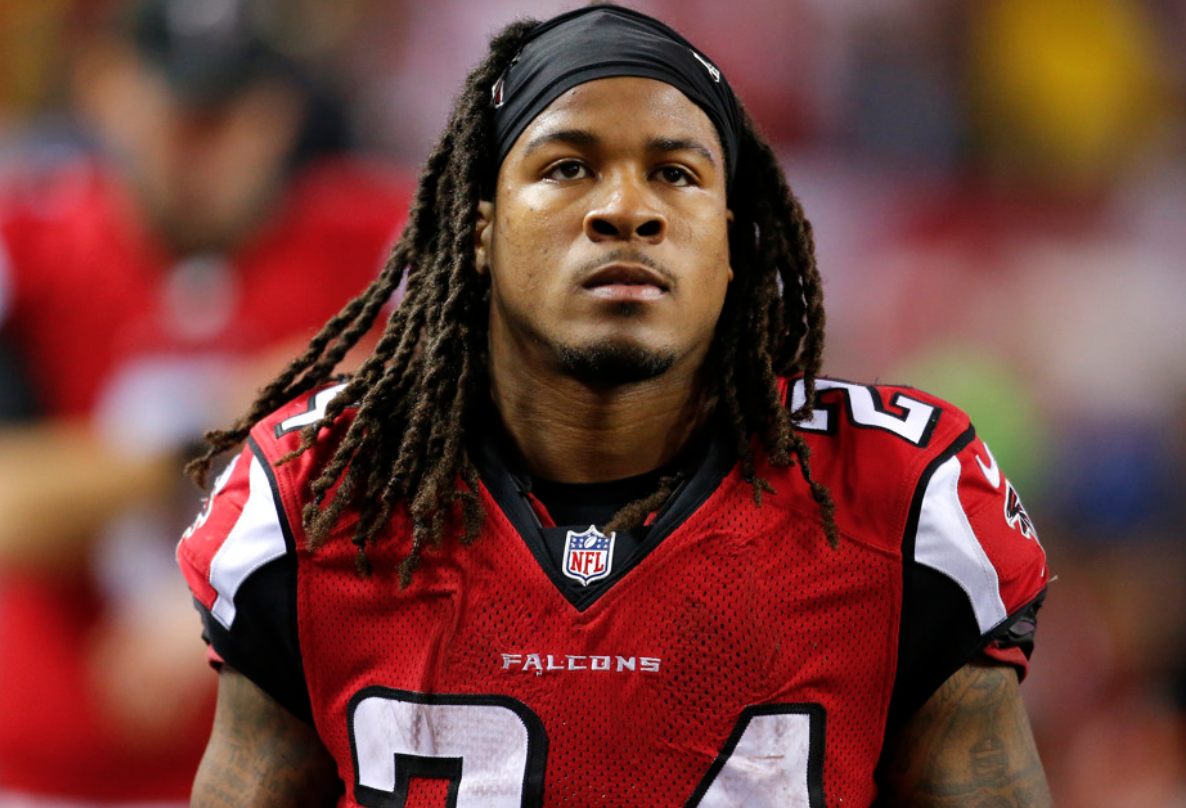 It’s no secret that the Falcons play better on turf, but the team managed to overcome playing on a surface at the Los Angeles Memorial Coliseum that really wasn’t suited for football at all.

The stadium uses real grass for its surface, but unfortunately, patches of it were ripped up, and players were seen slipping all over the field during the game.

Falcons running back Devonta Freeman even commented that he had to change cleats twice to deal with the poor field conditions.

Devonta Freeman told me he had to change out shoes twice to deal with the field conditions at the Los Angeles… https://t.co/gEVP4mTrKT

Teammates Mohamed Sanu and Julio Jones also stated that the surface made it difficult for players to get traction during the game.

Spoke to @Mo_12_Sanu and @juliojones_11 about field conditions at the Coliseum where players slipped and fell all game. Both said the surface was so hard that it was difficult to get any traction.

It really is amazing that the Rams allowed the surface to be as torn up as it was for a playoff game, especially given the issues the NFL has had with injuries. We’re just happy that no one from either team was seriously injured during the game.