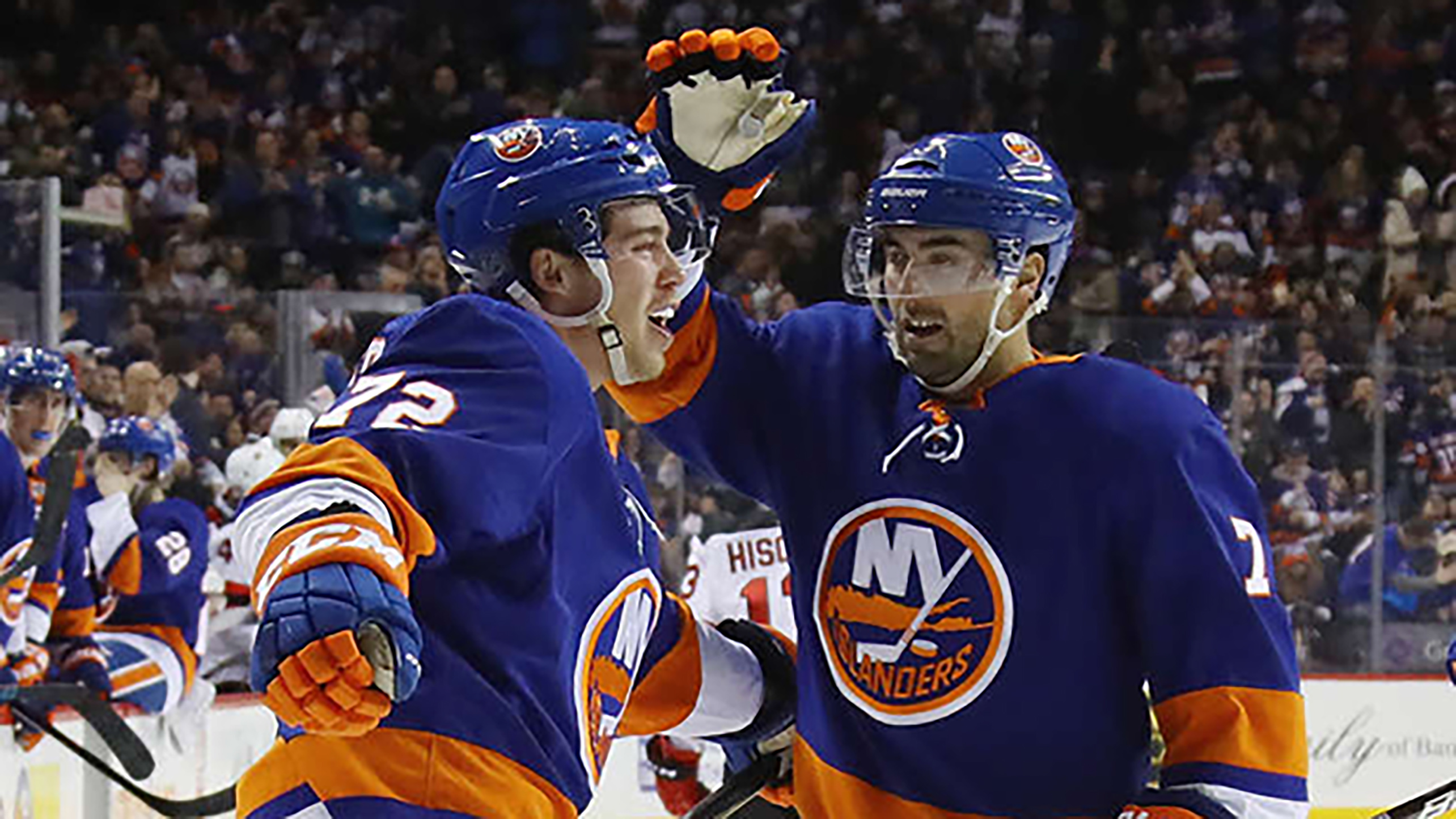 NE YORK — Brock Nelson helped the Islanders snap a five-game losing streak thanks to his lone goal in the shootout to give the Islanders a 5-4 win, the team’s first since December 27.

It was a much-needed win for the Islanders, who have dipped severely in the Metropolitan Division standings and were hoping to head into their week-long break on a positive note. For a moment it looked as though that wasn’t going to be the case after the Islanders watched a 2-2 game quickly become a 4-2 deficit.

However, goals from rookie Sebastian Aho and Cal Clutterbuck tied the game, which eventually ended when Nelson scored through the five-hole of Cory Schnieder and Brian Gibbons hit the post.

“We were just a little bit more assertive,” John Tavares said about the Islanders’ effort on Sunday. “We were moving pucks up the ice quicker. Just in small areas we were quicker.Just closing time and space, good support coming out of our own end and getting pucks up to the offensive zone. I think that’s our strong suit and a little more predictable for one another.”

Sunday was just the second time the Islanders have scored four or more goals in their last six games. The Islanders had been outscored 25-8 during their five-game slide.

While the Islanders still struggled to keep the puck out of their own end, the team managed to fight back, something that has been lacking as of late. The Islanders showed flashes of that fight during their loss to Philadelphia on Thursday, but Sunday was the first time they completely battled back in quite some time.

Miles Wood gave the Devils a 3-2 lead at 2:41 of the third period, when he was left all alone in front of the net to score off a rebound and Taylor Hall put his squad ahead by two when scored on a backhander. The second goal sent Islanders goaltender Jaroslav Halak, who made 42 saves in the win, into a fit of rage.

The visible frustration appeared to energize the Islanders and begin a comeback, which started off a goal from Aho. The goal was the first of his NHL career and pulled the Islanders within one at 7:58.

Aho again played a crucial role, setting up the tying goal from Cal Clutterbuck with just 4:17 left in regulation.

“I’ve dreamed about it since I was a little boy,” Aho said about his crucial goal in the third. “Of course it was just a lot of emotions and just pure happiness.”

The lead didn’t last long as the Devils evened the score 4:43 into the second period. Travis Zajac put home a loose puck in front of Halak after the Islanders’ goaltender made an initial save on a shot from the outside.

The Islanders recaptured the lead a little over five minutes later when Jordan Eberle worked to get control of the puck in the Devils’ end and feed Mathew Barzal, who set up Anthony Beauvillier for the goal. It was Beauvillier’s first goal since being recalled from the AHL on Saturday.

New Jersey tied the game up again later in the second after Barzal had the puck knocked away from him in the offensive zone and set up a shorthanded breakaway for Zajac.