Report: New York Mets Have Been In Contact With Jonathan Lucroy 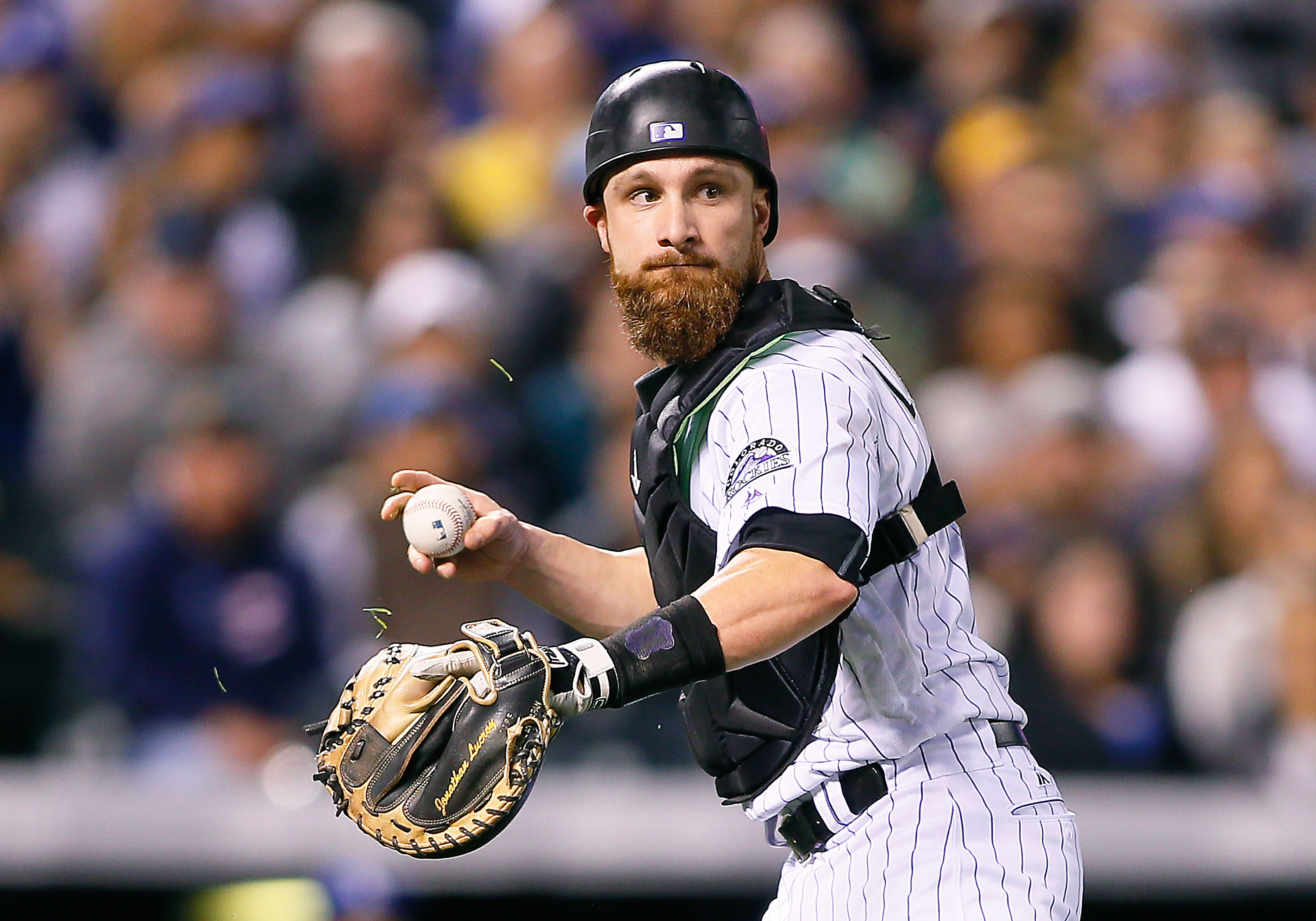 Report: New York Mets Have Been In Contact With Jonathan Lucroy

After a few months of doing next to nothing, like most of the league, the New York Mets appear to be exploring options to improve their team after all. The Mets have checked in on a potential trade for Pirates’ center fielder Andrew McCutchen and have been monitoring the market for third baseman Mike Moustakas. Another player that has piqued their interest is former Rockies’ catcher Jonathan Lucroy, who the Mets have had contact with this winter, MLB.com’s Jon Paul Morosi reports. This is the first news this winter about the Mets looking to upgrade behind the plate after previous updates from General Manager Sandy Alderson indicated that the team would proceed with a platoon of Kevin Plawecki and Travis d’Arnaud.

This isn’t the first time the Mets have shown interest in Lucroy, who batted .265 with six homers and 40 RBI’s in 123 games last season. The Mets previously tried to trade for Lucroy in 2016, when he was a member of the Milwaukee Brewers, but couldn’t reach a deal. Lucroy was then dealt to the Texas Rangers, who he helped power into the postseason before struggling at the start of 2017, batting .242 with four homers and 27 RBI’s. Texas dealt Lucroy to Colorado at the trade deadline, and he predictably improved in the thin air of Coors Field, batting .310 the rest of the way. MetsBlog’s Matt Cerrone notes that many industry sources believed Lucroy would land a two year deal worth $10-12 million a year, but his market has received such limited buzz its hard to figure where Lucroy ends up now. The Rockies indicated earlier in the winter that they would make re-signing Lucroy a priority, but they have since dumped most of their money into building a super bullpen, leaving an open question as to how much money they have left to give Lucroy.

If the Mets were operating with the full financial might of a New York team, a two year deal for Lucroy would be a no brainer. Lucroy represents an upgrade over the d’Arnaud/Plawecki tandem and would bring a veteran presence to help the young pitching staff. The issue is that the Mets aren’t willing to fully spend like a New York team, so if they gave Lucroy $10 million a year it might wipe out the rest of their remaining budget. The Mets might be better off looking to spend their money elsewhere, such as third base or center field, rather than dump it into Lucroy if they are intent on cutting payroll.