Ron Rivera: Chance to score 'taken away from us' 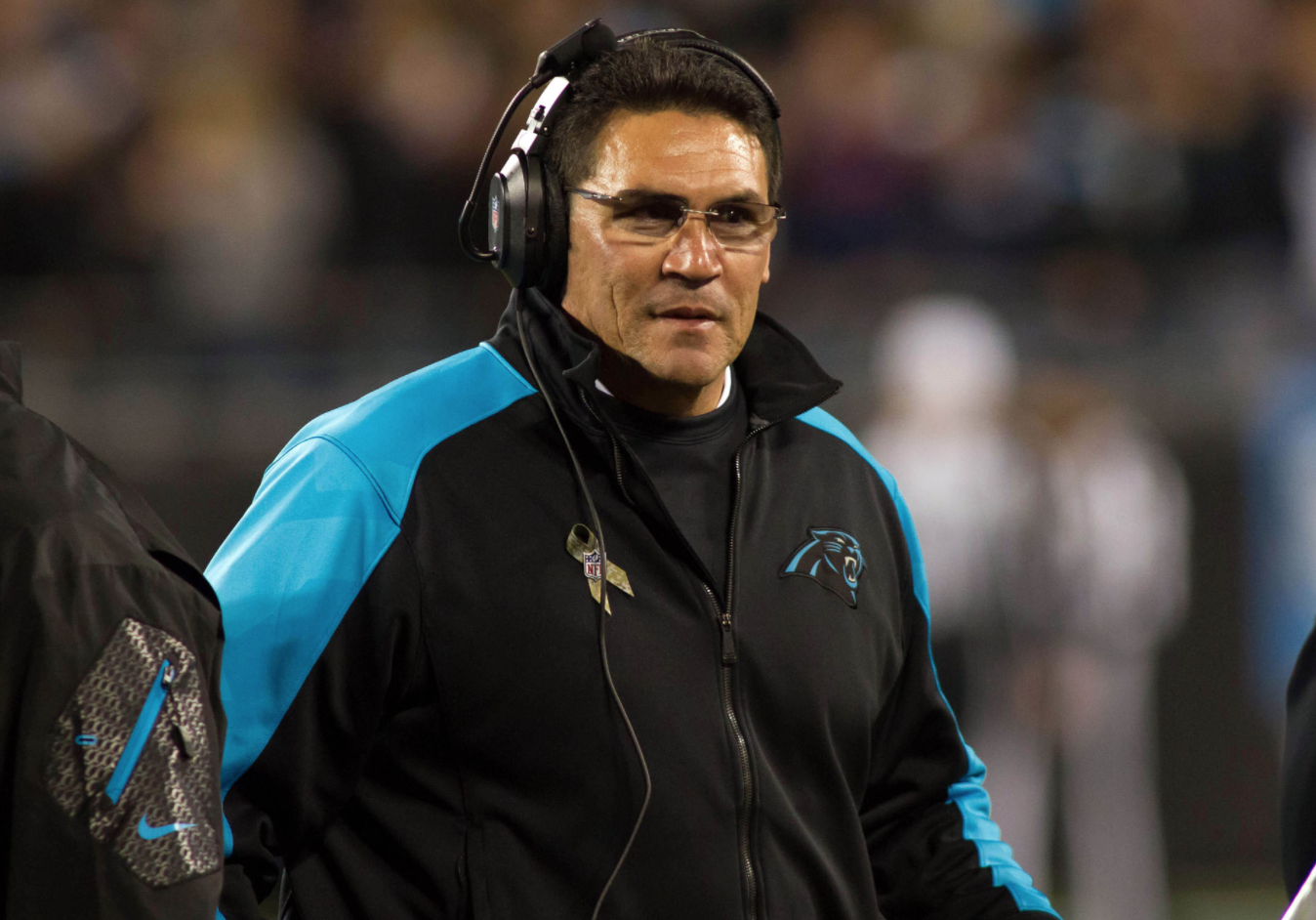 Ron Rivera: Chance to score 'taken away from us'

The Panthers put forth a valiant effort in Sunday’s NFC Wild Card game against the Saints, but came up just short. Carolina outgained New Orleans in total yards, 413-410, and had a chance to take the lead and possibly win the game on its final drive, but an intentional grounding call put a damper on their chances.

Carolina had a first-and-10 situation from New Orleans’ 21-yard line, with under a minute remaining in the game, but could not advance any further than that. A key moment took place when Cam Newton attempted to avoid the Saints’ pass rush by scrambling on second down. He then threw the ball out of bounds, and didn’t appear to be outside the pocket. The officials called Newton for intentional grounding, which resulted in a third-and-23 situation. An incomplete pass and a sack followed, and the Saints emerged victorious, 31-26.

Panthers head coach Ron Rivera was none too pleased about the intentional grounding call, and indicated to reporters that the team had a chance to score on the final drive.

“I feel like it was taken away from us,” Rivera said, via Max Henson of Panthers.com.

Rivera then stated that he didn’t get an explanation from officials to explain the intentional grounding call.

The Panthers head coach also added that the Saints — who swept the Panthers in three matchups this season — were “our nemesis this year.”

Rivera may not be happy about the call, but it didn’t appear that there was a receiver in the area. Furthermore, Newton didn’t look to escape the pocket, which you can be the judge of. It’s understandable that he’s upset about the loss, but the officials appeared to get the call right.