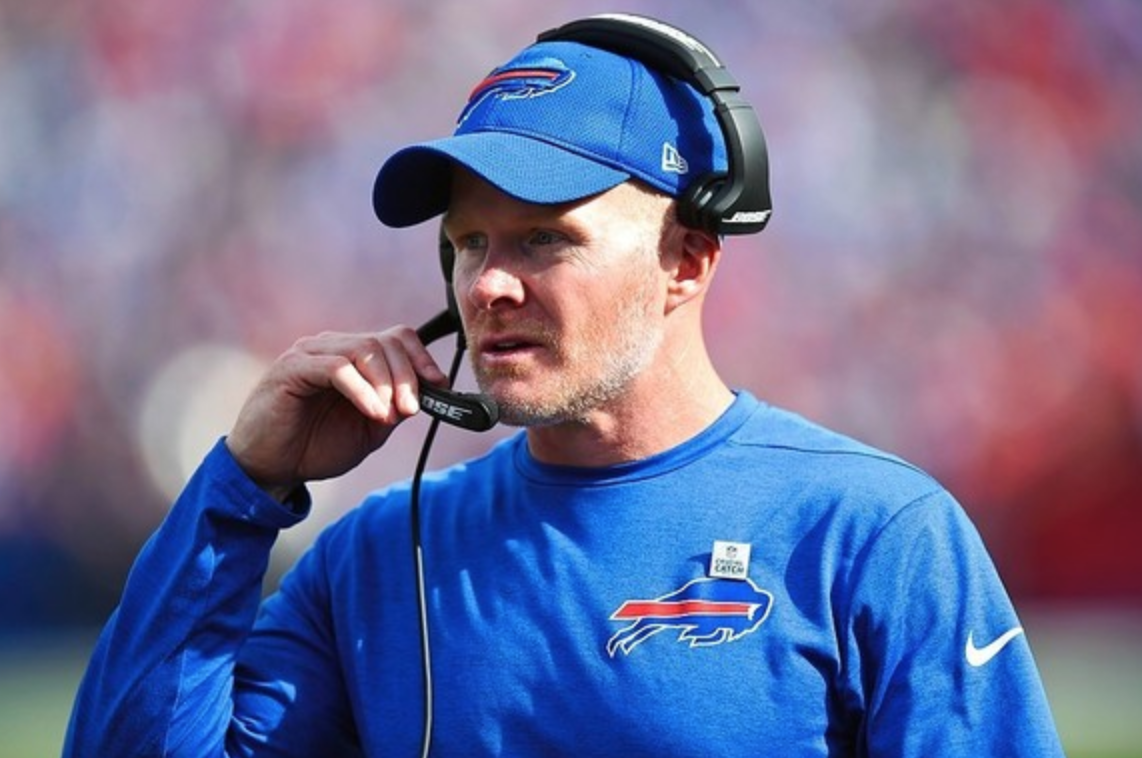 The Bills tried to get cute on one particular play in the second quarter of Sunday’s AFC Wild Card game against the Jaguars, and it cost them.

It happened after Buffalo was fortunate to have had opposing linebacker Telvin Smith jump into the neutral zone on a field-goal attempt. The penalty resulted in a fresh set of downs from the Jaguars’ one-yard line, and many fans and analysts alike expected quarterback Tyrod Taylor to hand the ball off to LeSean McCoy — more than once, if he failed to reach the end zone — but that wasn’t the case. Instead, Taylor threw a pass intended for Kelvin Benjamin, who was called for offensive pass interference. The costly penalty moved the Bills back to the Jaguars’ 11-yard line, and Buffalo was forced to settle for a 3-0 lead via a field goal.

The goal-line fail played a big role in the game, as the Bills could not muster a single point during the remainder of the matchup. Jacksonville ended up emerging victorious, 10-3, and head coach Sean McDermott admitted to reporters that the coaching staff made a mistake not running the ball on first-and-goal after the game was over.

“Yeah, you know, there’s some calls we want back,” McDermott said, via Matthew Fairburn of NYup.com. “That’s probably one of them. Just situationally right there more than anything.

“Well, you look at playoff football, it’s usually tight margins, and so you can’t beat yourself. We had some situations today where we had opportunities to move the ball, and we hurt ourselves. We hurt ourselves at times with field position, special teams penalties, and when we get in the red zone, we’ve got to score touchdowns, overall.”

McCoy also stated that the team would’ve been better off running the football on that particular sequence.

“We probably should have ran that,” McCoy said. “We were at the two-yard line, whether it was myself or Mike Tolbert. I think we should have put the ball on the ground. Then again, it’s not my call and I don’t judge it, because there are times where I don’t think we should do something, we do it and it works out. Vice versa.”

The Bills have a run-first identity, and the coaching staff’s decision to throw from one yard out was a puzzling one. The team’s first-year head coach will now have some time to stew over the poor play call, with the Bills having been eliminated from the playoffs.