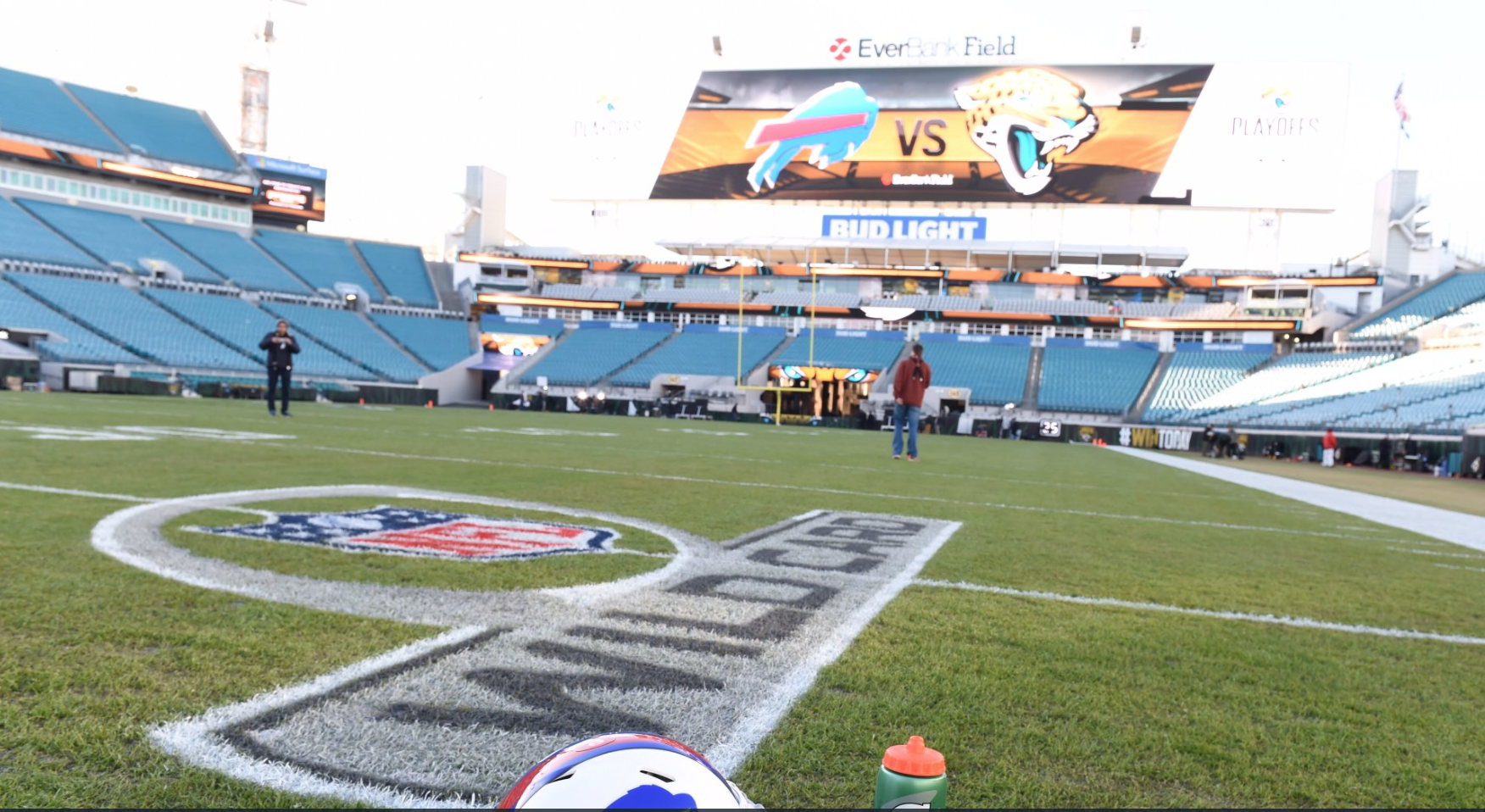 The AFC Wild Card game between the Bills and Jaguars was touted to be a defensive matchup, and even that could be considered an understatement, judging by what took place on the field. Completed passes, points and chunk plays were all at a premium on Sunday.

On paper, it was a matchup that didn’t figure to feature a lot of offensive fireworks, with quarterbacks Blake Bortles and Tyrod Taylor going toe-to-toe (and Nathan Peterman entering the game on the Bills’ final drive), and the Jaguars’ top-3 defense making yards difficult to come by.

Sure enough, that’s exactly how the game played out. The first half was dominated by defense, with the score deadlocked at 0-0 for the majority of it. Each team did muster one field goal, however, and the game was tied going into the break.

The stat sheet really tells the story of how the first two quarters went, and how dominant the two defenses were. The Jaguars and Bills combined for only 232 total yards, and neither team averaged more than 3.5 yards per play on offense.

Will the offense pick up in the second half of game or nah? pic.twitter.com/HwsyBXssnI

The second half featured more of the same. A touchdown was scored, though, with Bortles finding tight end Ben Koyack in the back of the end zone on fourth down from one yard out — which ended up being the only points scored in the entire half.

Fans felt compelled to weigh in about the offensive ineptitude on Twitter while watching the game. Here are some of the best reactions.

Imagine how the @Ravens must feel watching this game

I missed the first 29 minutes of Jaguars-Bills because I was at church. God is good.

If you were to tell me before the season that the Jaguars and the Bills would play in a playoff game, this is exactly how I would have envisioned it.

The best way to understand what's happening in this Jaguars-Bills game is to remember both of these teams lost to the Jets this year.

Suggestion from a sage tweep: Bills-Jaguars should’ve been played in London.

In the end, the Jaguars’ stout defense imposed its will and held the Bills to just one field goal in the 10-3 win. They’ll face the Steelers’ high-powered offense in the AFC Divisional Playoffs next Sunday, and will need to score more than 10 measly points to pull off the upset at Heinz Field.