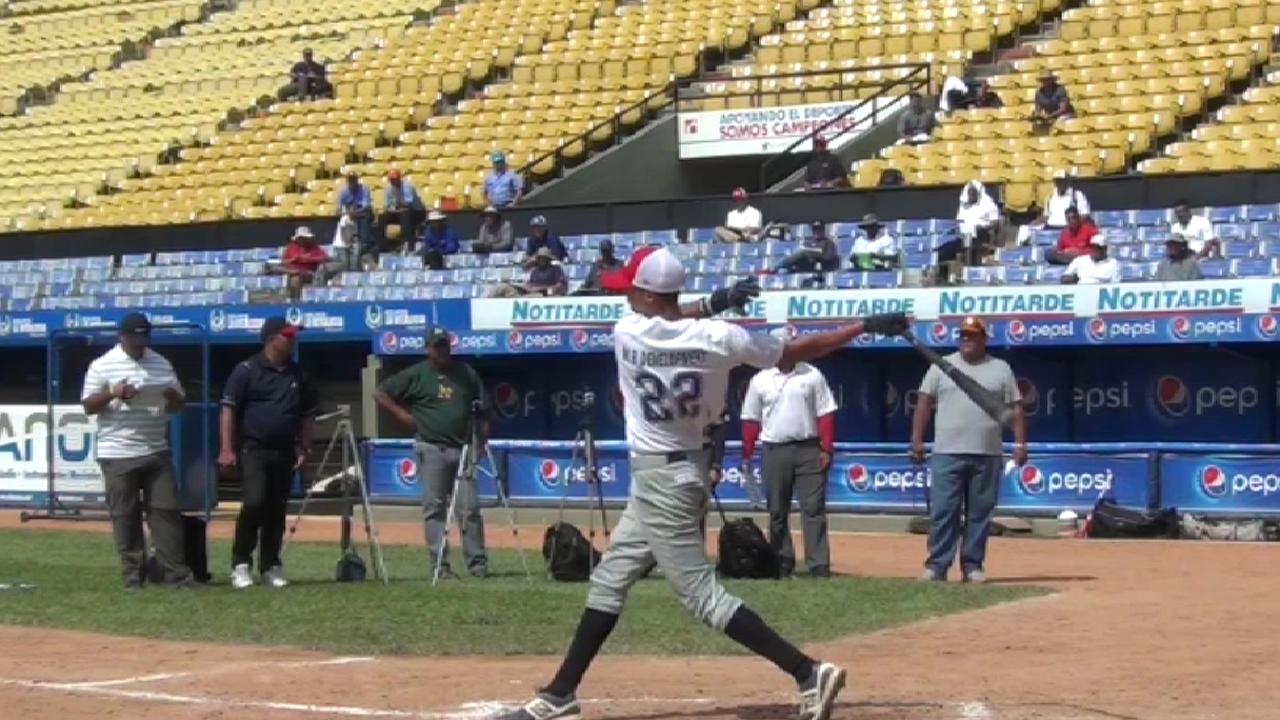 Floor: Utility infielder.
Ceiling: Gold Glove caliber starting shortstop in MLB.
Likely Outcome: Elite defensive utility infielder or “second tier team” starting shortstop.
Summary: Livan Soto has had a very interesting ride through major league baseball so far.  He signed at age 16 with the Atlanta Braves for an even one million.  We aren’t sure how much Soto actually received, as the Atlanta Braves have been severely penalized by signing prospects for less and channeling funds through other foreign entities to these plays as an extra bonus.  We don’t know who received more money than reported and who didn’t.  This much doesn’t matter.  What does matter is the Braves lost their rights to Livan (and all others who were signed for more than $300,000), and he was declared a free agent, while getting to keep the money the Braves sent his way in the first place.
The Angels saw a unique opportunity set before them.  They never had a chance to sign Livan when he was 16 because the Angels were still under the Baldoquin restrictions.  And if by chance he were a free agent and they could only use this season’s international spending budget, they wouldn’t have been able to afford Soto without going over and thus, receiving the same restrictions they had under Baldoquin.  So Major League Baseball, understanding the predicament many teams would find themselves in, allowed teams to eat into next season’s international budget.
And so, the Angels decided to spend next year’s international budget money to acquire a couple high profile Braves prospects, Livan Soto being the lesser of the two.
So who did the Angels acquire and what can they expect to see?
Consider this, Soto at age 16 was 5’9” and 140 lbs, and was considered a marquee defensive shortstop.  In the last year, Soto has grown to 6’0” and 160 lbs.  There’s a chance that Soto could turn into a better than marquee defensive shortstop.  I’ll let your imagination figure out exactly what that is.  I don’t think Soto is Andrelton Simmons, mostly because I’ve only watched one shortstop that captivated me the way Andrelton does (Ozzie Smith).  But I do think Soto could be part of the next tier down, guys like Francisco Lindor or Brandon Crawford (defensively speaking).
Soto grades as “good” in every aspect of the defensive game, but by the time he’s in his mid 20’s, he could be great.  Offensively, Soto has some things to dream on.  He has a very solid,  contact oriented approach.  He won’t strike out very often.  He also has excellent plate discipline, particularly for a Latin American teenager.  They say “you don’t walk off the island” and while Soto isn’t from the island, the saying applies to all foreign prospects not from the Orient.  They’re collectively very good at swinging the bat and most don’t emphasize taking a walk until later in their development.
But not Soto, he’s already very good at it.  But when Soto does swing, he does have some whip to his bat and quick hands.  some scouts believe he’ll grow into some power, but that’s far from a foregone conclusion.  There’s potential, but given Soto’s build, we have no idea if that can come to any fruition.  Inevitably, that’s probably what will determine Soto’s future.  He’s of very slight build, he needs to add strength, and a lot of it.
But the good news is at 17, it’s highly likely he will over the next five years.  Soto isn’t a good hitter right now.  He’s a disciplined hitter, but not a good hitter.  When we compare him to Andrelton at a similar age (Simmons didn’t play professional baseball until age 20), Simmons had the same discipline, but was stronger, with better defensive tools across the board.  so the prevailing thought is, perhaps Soto can develop into a poor man’s Andrelton Simmons.
What to expect: Soto will likely be ticketed for short season Orem in an effort to build his skill with the bat and add strength and stamina before going to full season ball.
Estimated Time of Arrival: 2023, Livan’s age 23 season.
Grade: C+