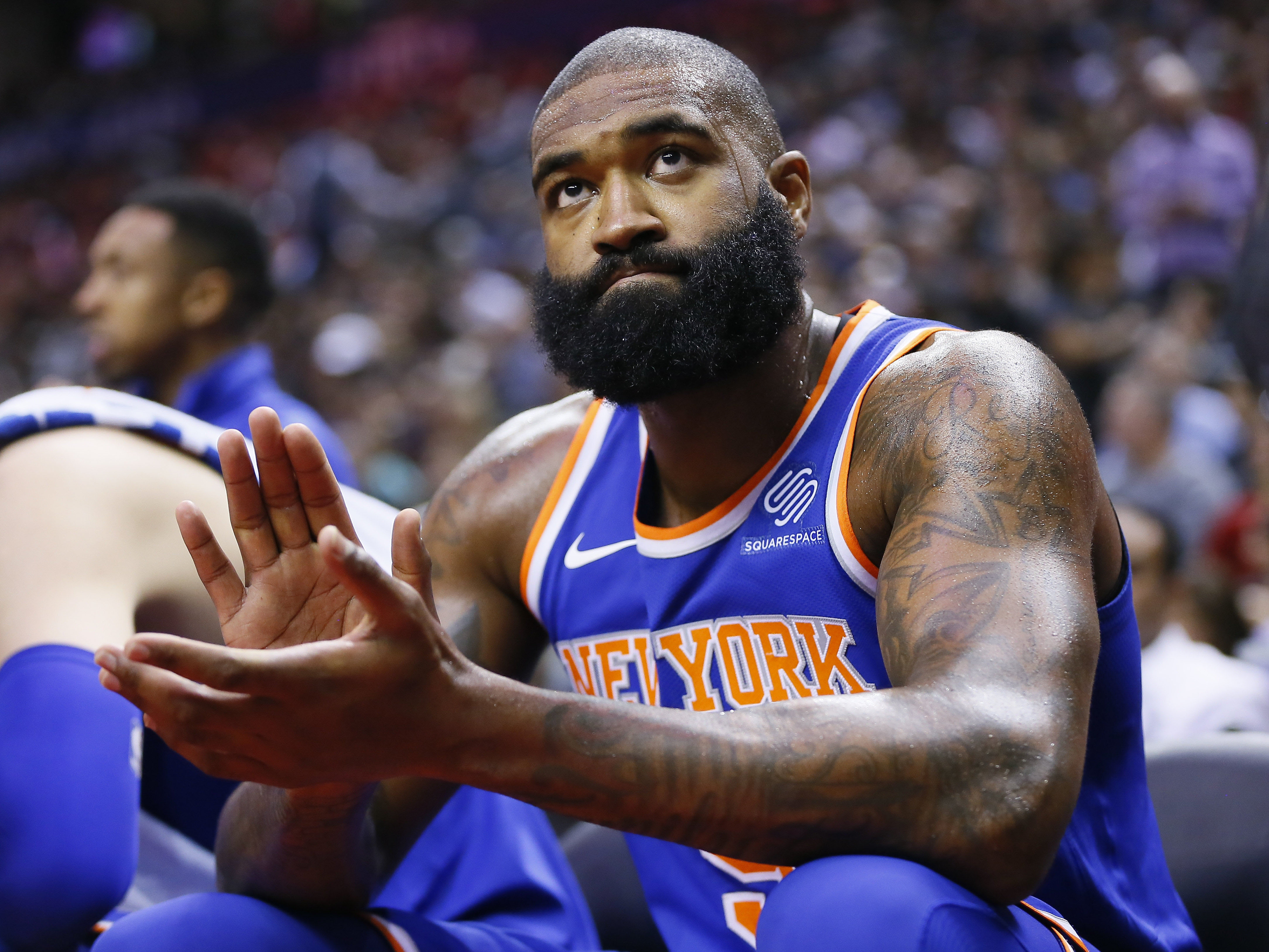 In another meeting with Dirk Nowitzki, Kristaps Porzingis proved yet again why he could very well be the second coming of the NBA champion and thirteen-time all-star. With the 39 year old adding just 5 points on 1 of 7 from the field, the Knicks’ budding superstar reminded Nowitzki of all his skills from way back when. Porzingis faded away for an array of jumpers and converted on impressive shots from all around the perimeter — all the while, leading his team with 29 points. Defended by a Mavericks’ defense that should’ve (in theory) known full well how to contain him — from vast experience playing alongside his predecessor — Porzingis used his 7’3″ perfectly to get open and create enough space to go to work.

Most importantly, the young gun led the way to an 100-96 road victory that New York sorely needed.

Though Porzingis spearheaded the charge, he wasn’t the only one who came up with clutch plays. After all, as the headlining attraction of the Knicks, such prowess is to be expected from him. Porzingis, however, certainly had help from his teammates down the stretch. In that spirit, both Jarrett Jack and Kyle O’Quinn proved to be unsung heroes for their squad in Dallas.

Watch all the action from tonight’s road win in Dallas (@budweiserusa) ⬇️ pic.twitter.com/mFzTgQ78EO

Jack had ten first half points as the Knicks jumped out to an early lead. He dished out 8 assists in the game and once again (in an interestingly growing trend) played and led his Knickerbocker troops through the fourth quarter. Serving as the team’s floor general in crunch time, no play from Jack was bigger than a tear-drop floating layup that put New York up for good with under 35 seconds left.

O’Quinn doesn’t always play big minutes, but he constantly seems to take advantage when opportunity comes his way and this win was no different. Adding 15 points, 11 rebounds, and 3 assists, the big man paced the Knicks with hustle, grit, and made sure Dallas paid for leaving him open on the perimeter, shooting 6 out 7 from the field. Not recognized enough is how skilled of a passer O’Quinn is for a player at his position. He has great chemistry with his fellow reserves and bigs, and knows to keep an eye out for teammates cutting to the hoop. He’s averaging 4.3 assists per 36 minutes this season.

In the absence of Tim Hardaway Jr., the Knicks have lacked ample support for Porzingis to help pace respectable efforts on the road. But with six players scoring 9 points or more against the Mavs, the young stallion received the help he needed. The Knicks bested their opponent on the boards 59-40, and rookie Frank Ntilikina held his own against Dennis Smith Jr., tallying a versatile game of 7 points, 7 rebounds, 5 assists, 2 blocks, and 1 steal. He played aggressively and came up big defensively. It was clear this matchup brought the best out of him.

The Knicks will return home on Wednesday to play the Bulls and look to build on the momentum from this victory.