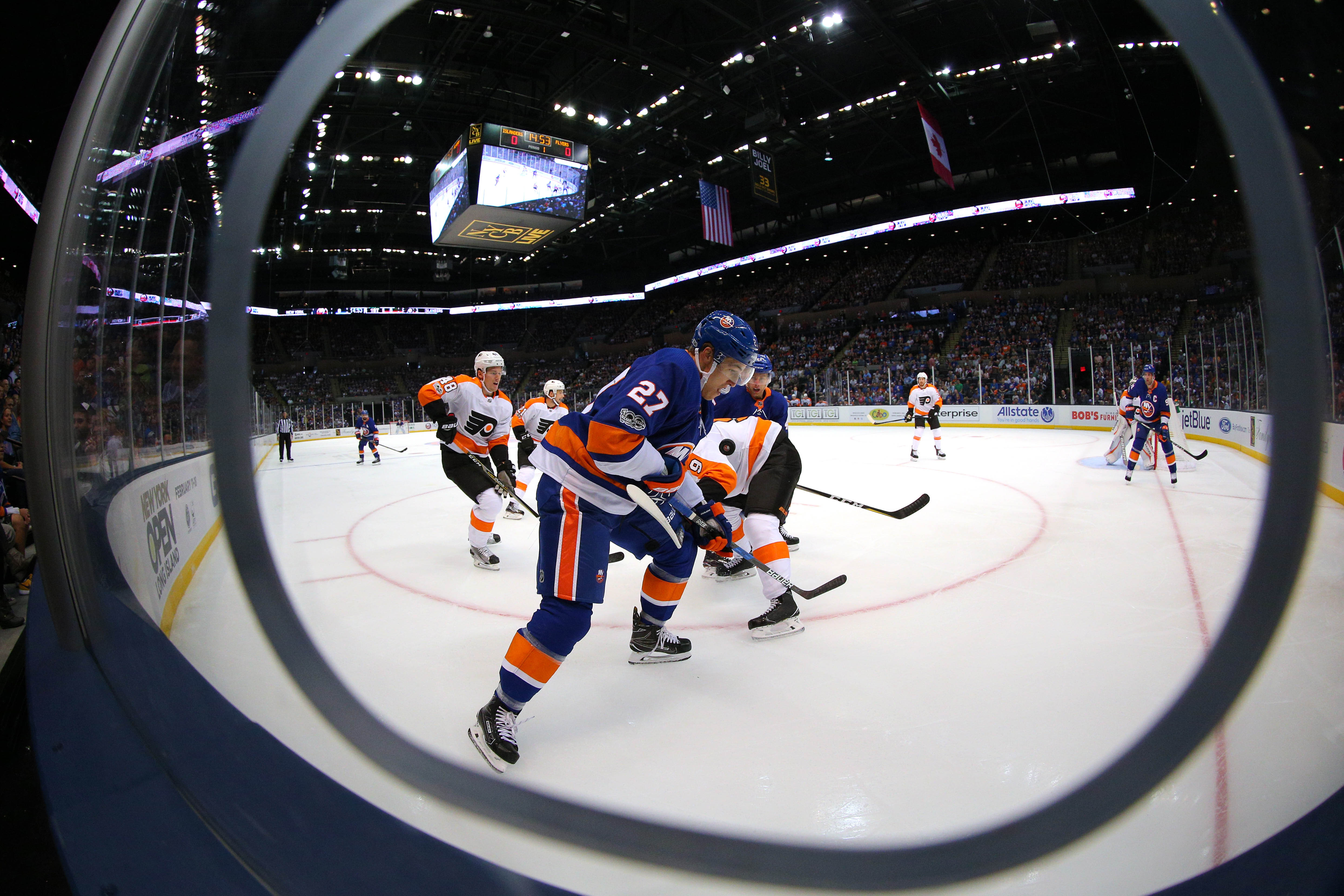 A return to the Nassau Coliseum appears to be more and more likely for the Islanders.

NHL commissioner Gary Bettman toured the renovated arena on Tuesday along with Islanders co-owner Jon Ledecky, Brooklyn Sports & Entertainment CEO Brett Yormark, Nassau County Executive Laura Curran and Long Island Association CEO Kevin Law, according to a Newsday report. Bettman was there to assess the enhancements needed for the Coliseum to be used as a temporary home for the Islanders, who were awarded the development rights by New York State to build a new arena at Belmont Park.

The group met for 30-minutes before taking a tour of the building, a source told Newsday.

The tour was the latest indication that the Islanders could return on a temporary basis to the building that housed the franchise for 43 years. Brooklyn Sports & Entertainment, which operates the Nassau Coliseum as well as the Barclays Center, said in a statement in December that they would facilitate any necessary enhancements to the arena.

The discussion at the moment, according to the report, suggests that there is a question of what needs to be upgraded and who would pay for it.

Bettman has said in the past that the Coliseum was not a suitable venue for the Islanders, even on a temporary basis, but that position has appeared to change since the team won the rights to the land at Belmont. They also faced increased pressure to allow the Islander play at the Coliseum, which includes a push from New York Governor Andrew Cuomo.

Ledecky has said that the Islanders plan to play at Barclays Center next season in accordance with their lease, but there isn’t a clear indication where they will play following next season. What complicates the matter is the unknown timeline for how long it will take for the arena to be completed.