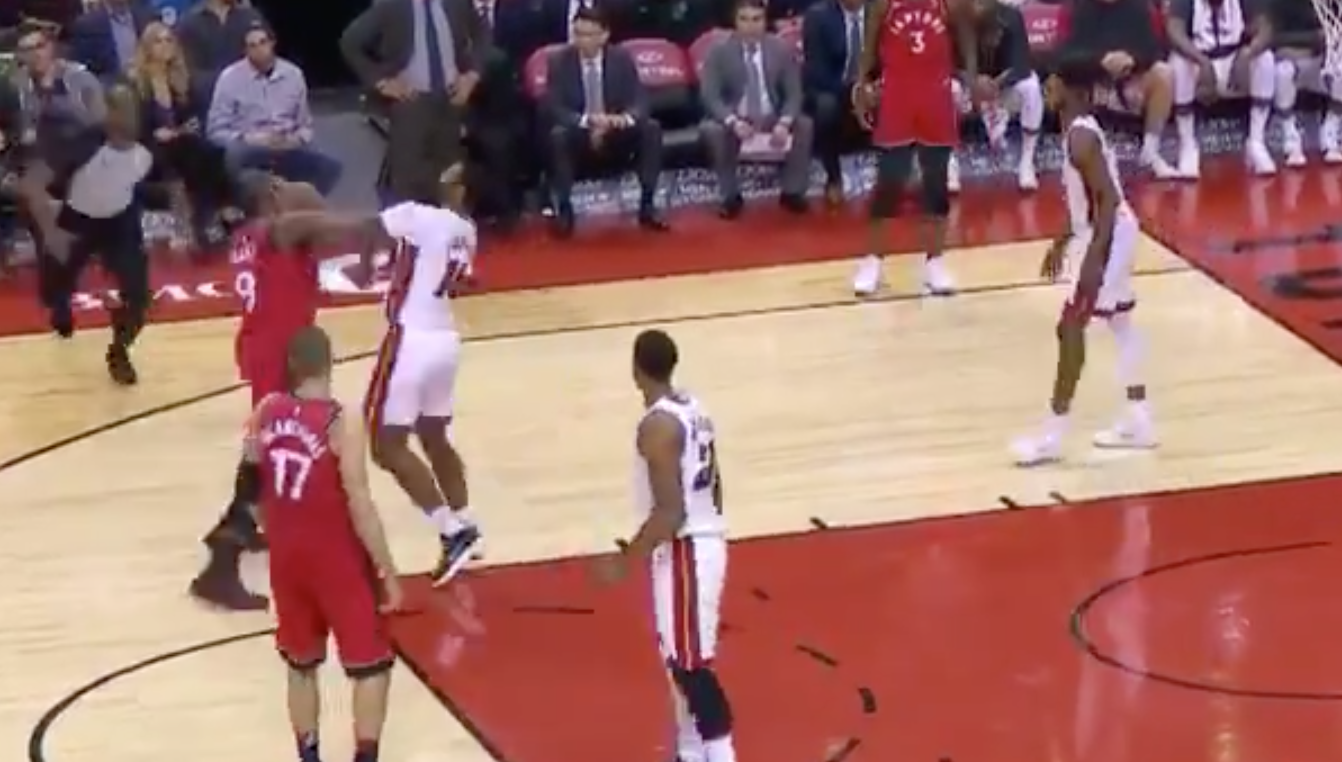 A shoving match between James Johnson and Serge Ibaka progressed into something bigger, which led to both players being ejected.

The two were seen getting into it during the third quarter of the game, when the Raptors were attempting to inbound the ball. Ibaka tried to get open and got tangled up with Johnson, which led to shoves, and then punches.

Serge Ibaka and James Johnson are both ejected after throwing punches 😳 pic.twitter.com/9AP8l2SiYQ

Both players were ejected for their role in the incident.