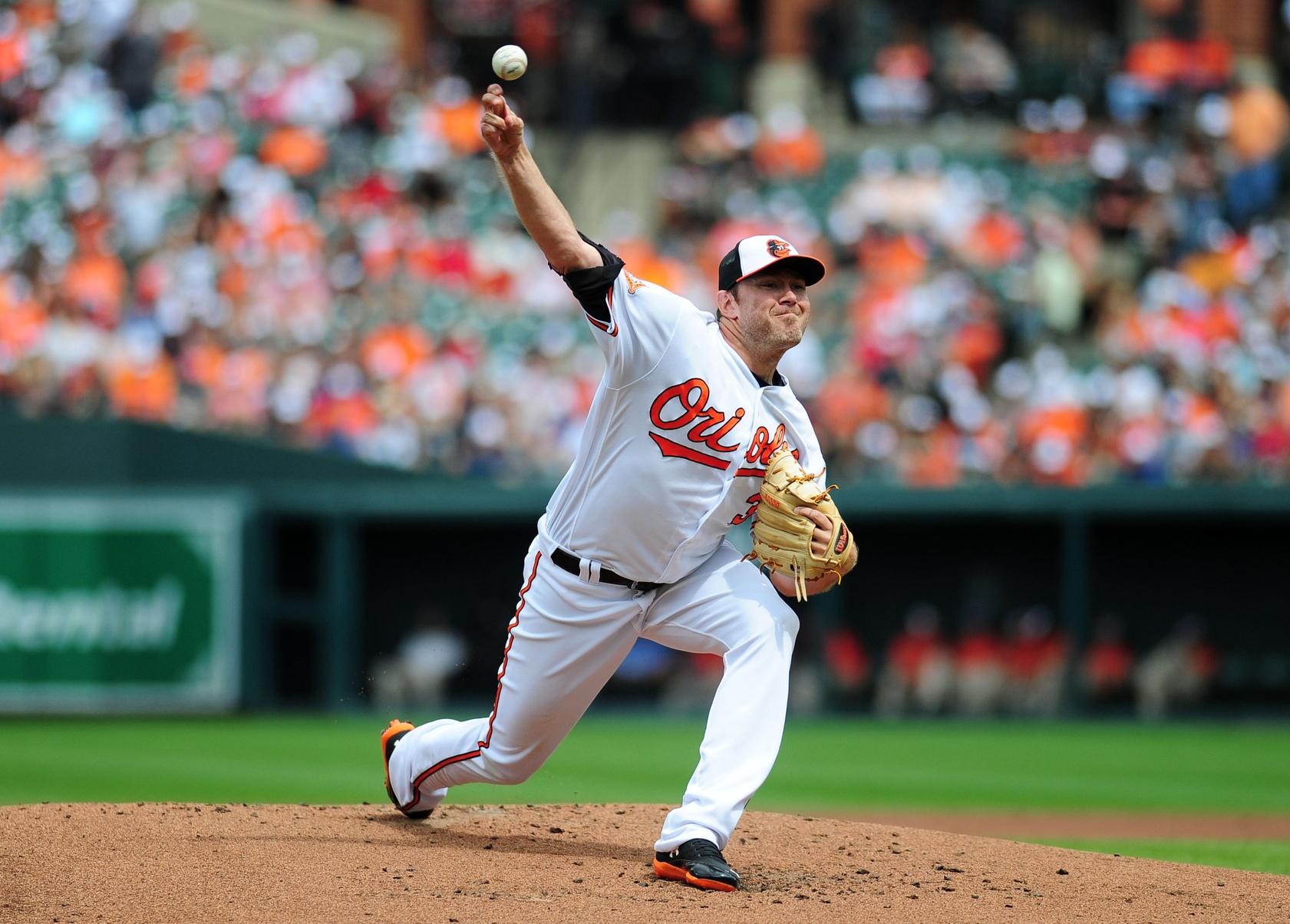 The Minnesota Twins have made no secret about their desire for more pitching this offseason. While there have been the headline making interest in top free agent Yu Darvish, and some speculation about big time trade targets like Chris Archer and Gerrit Cole, the Twins have also shown a willingness to go after some low risk, high reward names as well.

Minnesota notably signed former Mariner and Yankee Michael Pineda to a two year deal as he recovers from Tommy John surgery, and were interested in Drew Smyly for a similar deal before he went to the Cubs. Now, there are reports, notably from Darren Wolfson, that the Twins have been keeping an eye on former Baltimore Oriole Chris Tillman.

With Pineda and Smyly, there was some incentive to offer them two year deals, in order to see how the recovered from their recent surgery. The interest in Tillman is different. In 2017, Chris Tillman was simply bad. Some of this might have to do with shoulder issues, but there was definitely an issue with velocity and movement on his pitches.

According to Jeff Sullivan at Fangraphs, he lost more than 10mph off of his fastball, and didn’t possess the motion to make his other pitches work around his velocity issues. Still, the drop off was abrupt, and came after what had been an otherwise solid career. Given good health and what sounds like no structural damage, there is a reasonable chance he could bounce back.

Tillman could be another bargain basement depth arm if he comes at a price commensurate with his performance in 2017, but the Twins, and likely most teams, will walk away if he wants a longer commitment, like the one even Pineda received. Sure, there is a chance he could bounce back, but this drop in performance is also more liable to be permanent than those recuperating from Tommy John surgery these days.