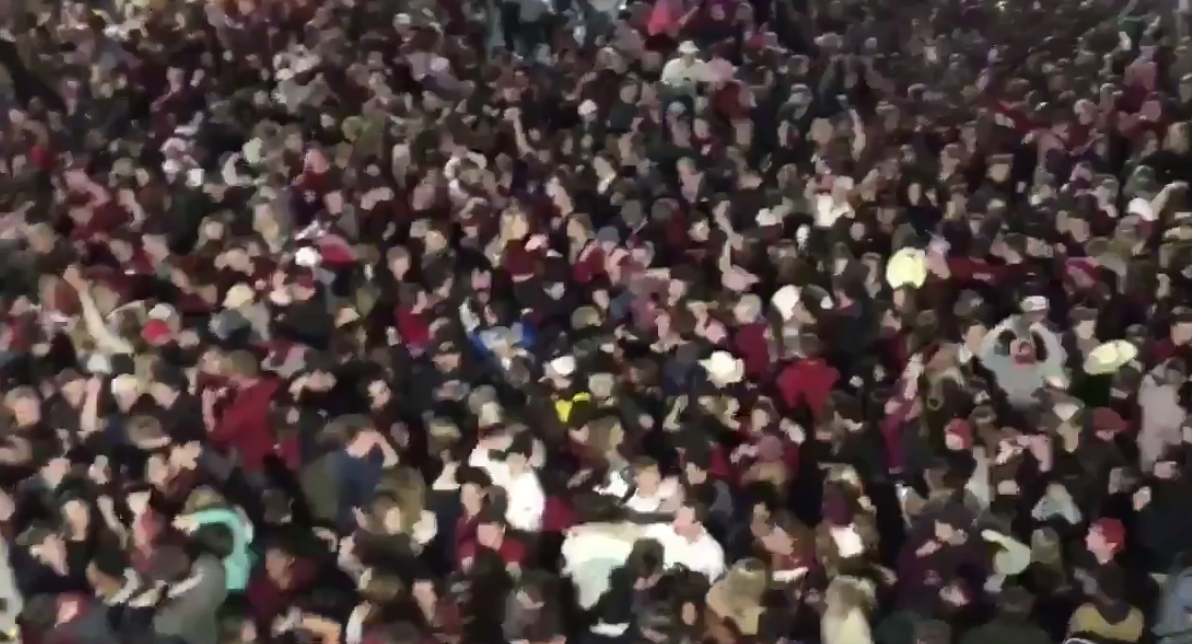 Georgia took a 13-0 lead into the half, but a quarterback change by Nick Saban gave the Crimson Tide the spark it needed on offense. Freshman quarterback Tua Tagovailoa replaced Jalen Hurts to start the third quarter, and the dual-threat quarterback showed that he can make plays with both his arm and his legs.

Alabama fans know a thing or two about celebrating, so that’s exactly what they did in Tuscaloosa after Crimson Tide receiver DeVonta Smith hauled in a game-winning, 41-yard touchdown catch. Check out the reaction from the Alabama faithful.

We expect plenty of shenanigans in Tuscaloosa from here on out, so stay tuned.