Your Morning Dump... Where London's calling 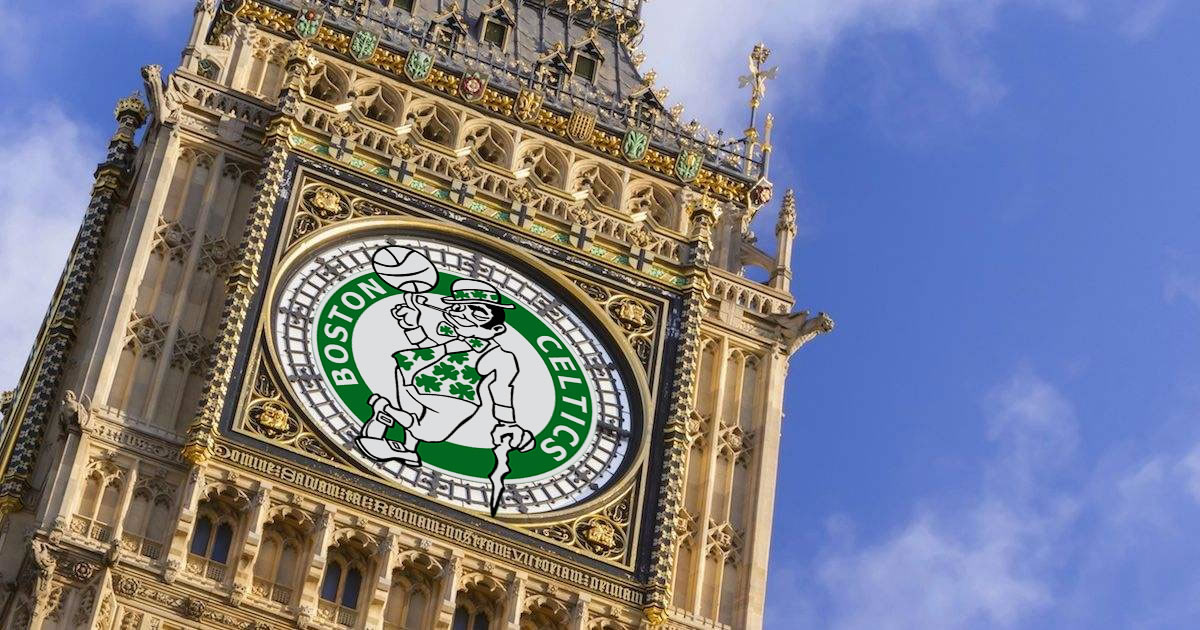 Your Morning Dump... Where London's calling

Well, they made it. Finally. Got on the plane yesterday morning, and six hours (and five time zones) later, they were in London. Marc D’Amico’s got a way too detailed discussion of the trip on the Celtics’ official website.

The Celtics are a couple games past the halfway mark and they’ve got just over a week ahead of them with nothing big on the schedule except a game against a team named after the date the U.S. broke up with Great Britain, and that game ain’t until Thursday. The Celtics have 33 wins; that’s more than anyone else in the league. They’ve done alright. Way better than I thought they would, even with Hayward. And this guy has a fair bit to do with that:

“I beat him 16-0,” Irving told Celtics radio broadcasters Sean Grande and Cedric Maxwell. “I had some tears come down my face from leaving that court playing against him.”

Irving’s father, Drederick, played basketball for Boston University. Averaging 19.9 points per game his senior season, he helped lead the Terriers to the 1988 NCAA tournament and finished his college career as the school’s all-time leading scorer. While that record has since been broken, Drederick is still known as “one of most prolific scorers” in B.U. history and was inducted into the Athletic Hall of Fame.

Boston.com with a write-up of a pretty solid interview between Irving and the Celtics’ radio team (catch the full audio here). Kyrie is self-consciously odd. He’s also someone who often puts a bit of thought into answers he gives to reporters (answers to questions from fans? Not so much). When Cedric said that he wanted to write a book about player recollections about the first time they beat their dads, he got much more than a canned response from Kyrie (and a bit of an indication of just how goofy that ‘father-figure’ question was a few years back).

One of the things that Celtics fans were probably unaware of before the trade was Kyrie’s close relationship with his father. I’m guessing you’d have to be a local–and a huge basketball fan–to know that Drederick Irving was a star for the Terriers. The first I’d heard of Drederick’s Boston connections was when I read why Kyrie picked number 11.

He gave that first official Celtics jersey to his Dad.

"Thank you Dad" – @KyrieIrving as he hands his Dad his first Celtics jersey pic.twitter.com/H43fQiXoQS

Page 2: Where IT channels Kevin McHale

SO SOFT! This is a clothesline! https://t.co/JHhOPsxIJl

And why not wrap up this morning’s dump by listening to the last track from London Calling?

(If you’d prefer, the first track’s pretty darn good too)

NBC Sports: C’s tough defense will only get tougher | Is Tatum the next Curry?