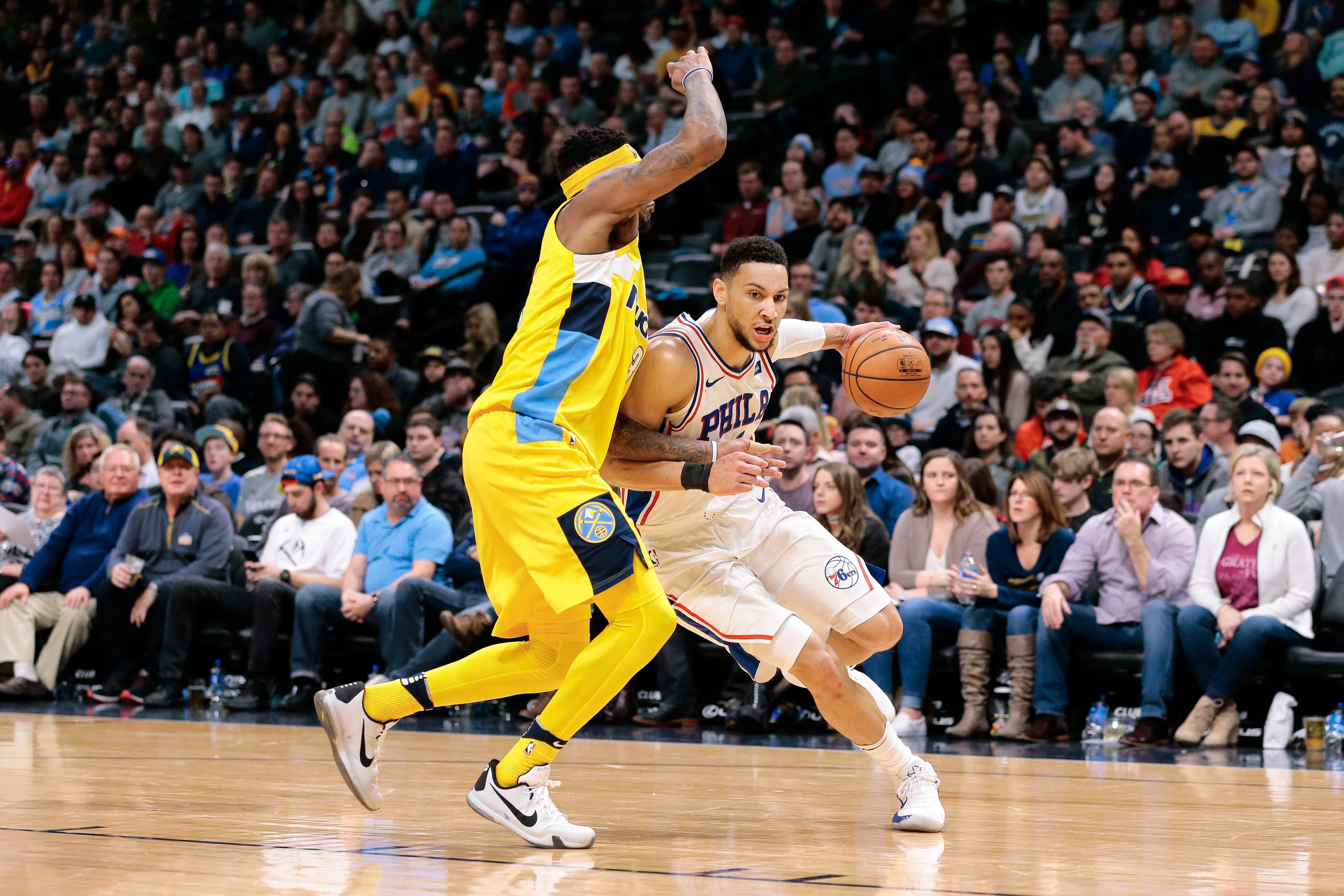 The Philadelphia 76ers have a record of 19-19 through 38 games this season and are currently riding a four-game winning streak. Over the course of this streak, the Sixers have found success for multiple reasons.

The first reason is Joel Embiid. “The Process” is having a career year, averaging 23.8 points, 10.9 rebounds, 3.4 assists, and 2.0 blocks in 31.2 minutes per game. The second-year big man out of Kansas is living up to the mega five-year, $148 million contract extension that he signed before the season began.

However, Embiid is not the only reason why the Sixers have been successful this season or over this recent winning streak. The other reason is rookie Ben Simmons. The first pick in 2016 NBA Draft who missed last season with an injury, is dominating the competition this season.

The former LSU product is averaging a mind-boggling 16.9 points, 8.4 rebounds, and 7.5 assists in 35.5 minutes per game. Simmons has been as advertised, which is good for the Sixers because he is essential to their rebuild. Simmons’ play this season has not gone unnoticed by NBA fans either — he is in competition for a potential All-Star spot.

Depending on whom you ask, Simmons could win the Rookie of the Year Award.

The 6-foot-10, 230-pound point guard is showing signs of improvement in his game and becoming a go-to player for the Sixers, especially late in games. Unlike Embiid, who shows that he can score in many ways, Simmons is still a one-dimensional scorer.

While the shooting percentage from the field is impressive, the free throw percentage is disappointing. But versus the Phoenix Suns on New Year’s Eve and San Antonio Spurs last Wednesday, Simmons became aggressive in the fourth quarter.

With 6:58 left in the final frame against Phoenix and the Sixers leading 103-99, the 6-foot-10 magician scored seven straight points and got to the basket at will.

Simmons threw down a couple of powerful slams and got to the basket for a couple of nifty layups. In the fourth quarter alone, he scored 11 points of his 21 points and was 7-of-11 from the free throw line.

Against San Antonio, where Simmons finished with 26 points on 8-of-18 shooting from the field and 10-of-15 from the free throw line, the Aussie continued his aggressive play.

He scored 11 of the Sixers’ 26 fourth-quarter points and hit key foul shots down the stretch. Simmons did a good job of driving to the lane but also playing off the ball, positioning himself in the paint for easy baskets.

If you look at Simmons’ shooting splits through 37 games this season, you will see that in the first quarter, he is shooting 58.1 percent from the field. However, that percentage drops dramatically in the second quarter (41.3), only to pick back in the third quarter (51.6).

In the fourth quarter, Simmons is shooting 52.8 percent. Simmons’ late-game prowess can be attributed to becoming comfortable in his role and relishing the opportunity to have the ball in his hands.

If he can continue to develop his offensive skills, it will only make the Sixers better. Opposing defenses would have to play the Sixers honest on offense because Simmons would become a threat to score more spots on the floor.

Philadelphia will try to keep its winning ways going on Thursday afternoon when it faces the Boston Celtics in London, England.