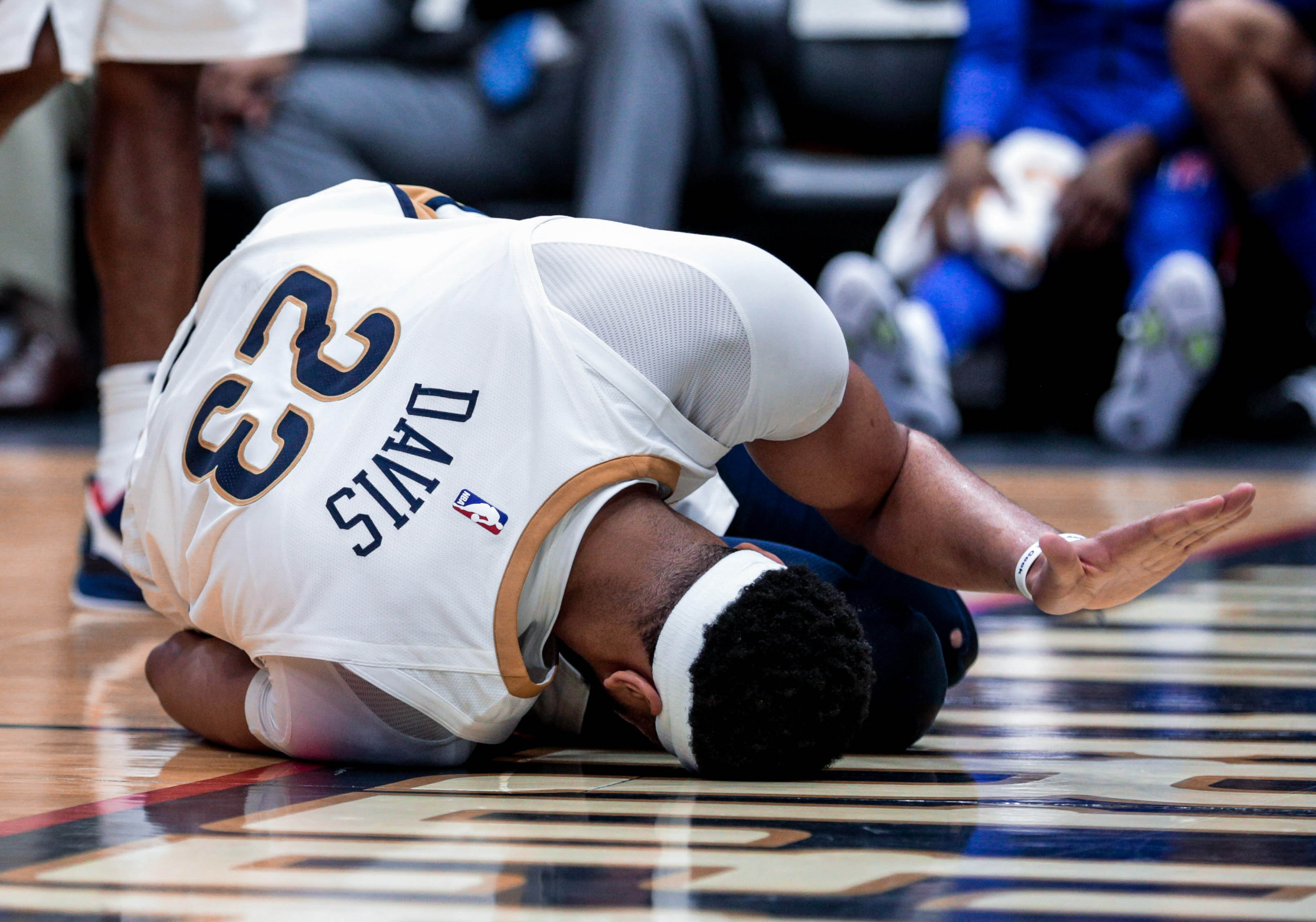 New Orleans, LA- The New Orleans Pelicans took on the Detroit Pistons Monday night in the Smoothie King Center, looking to bounce back after a lethargic showing in Minnesota. The Pells were led by the energy  & effort of Anthony Davis who was simply electrifying early on, before an ankle injury in the third quarter took him out of the game. Davis hit the ground after an in air collision with Detroit guard Avery Bradley, which look like their ankles bumped. A.D. limped all the way to the locker room for treatment. It was revealed by the Pelicans that Davis was given a x-ray which was negative & he will be sitting the next game because of soreness.

Davis finished the game with 30 pts 10 rebs in 27 minutes of play. After that injury Detroit went on a 8-2 run on New Orleans & threatened to take the game until DeMarcus Cousins woke up from his slumber. Cousins combined with the aggressive play ETWaun Moore, Jrue Holiday & Rajon Rondo closed the game sealing the win 112-109. The Pelicans continued their terrible defensive play, coupled with their high turn over ratio and seemed like at one point it would get the best of them. New Orleans made some key stops with some critical conversions that ultimately saved the day & preserve the win.

The Pelicans improved to 20-19 and looked to build a winning streak against the struggling Memphis Grizlies (12-27) on Wednesday night in Memphis.