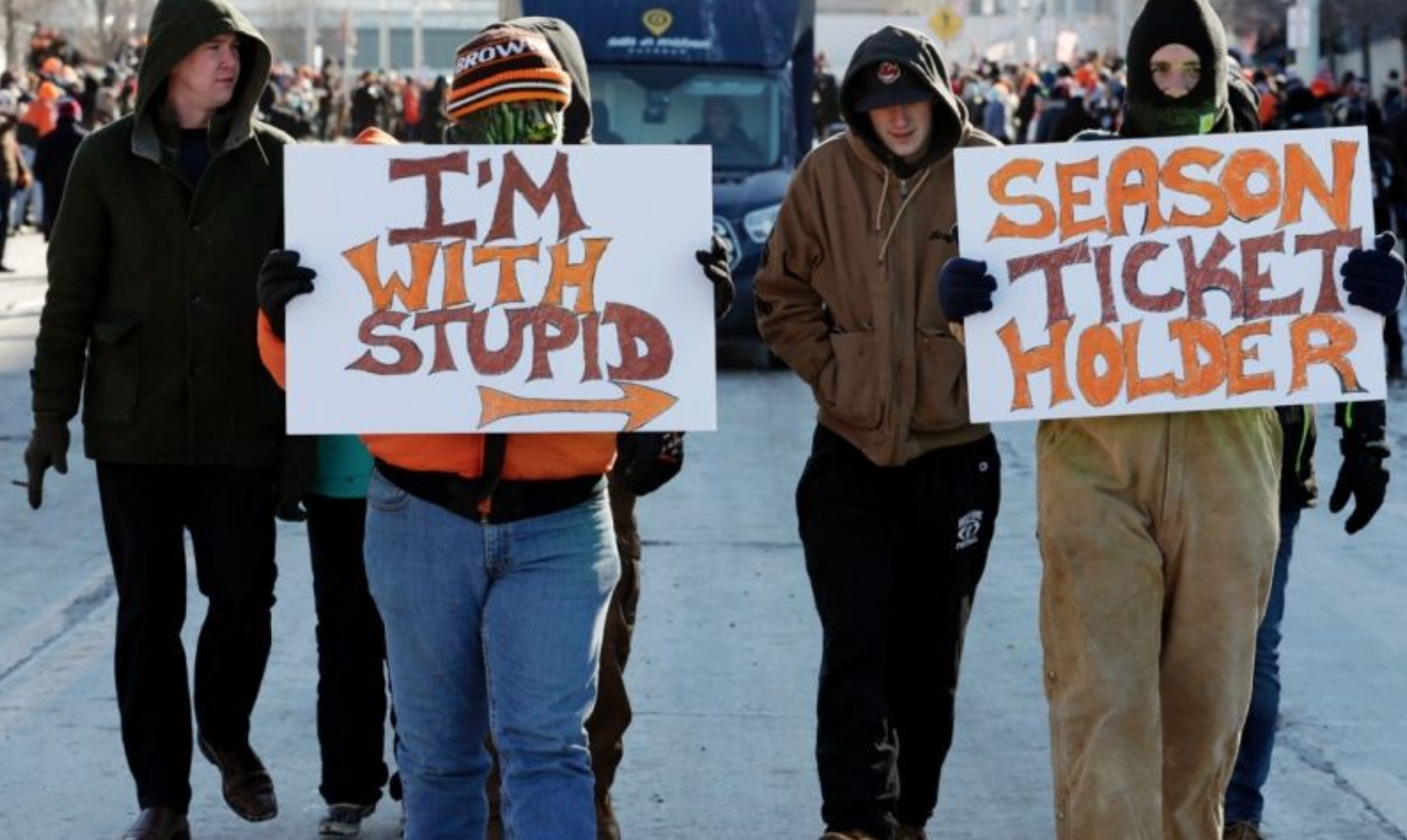 The (0-16) Cleveland Browns may have finished the season winless, but fans found a way to turn a miserable 2017 campaign into something positive.

Fans held a 0-16 “Perfect Season” parade on Saturday, and supporters of the team drowned in their misery together. The parade appeared to lighten the mood and help soften the blow from the team’s awful performance on the field during the season. Not only that, it also benefited a good cause.

Browns fans raised $17,157 for the Greater Cleveland Food Bank, according to Hayden Grove of Cleveland.com. This amount of money equates to 68,628 meals for those in need. In addition to that, over 2,000 canned food items were donated as well. Those items will be dropped off at the food bank on Thursday morning.

The Browns may not have won a game this season, but the team’s fanbase was able to give back to the community while poking some fun at the epic failures on the field, and that’s what really matters in the game of life.