The Timberwolves Matchups Against The Thunder Concern Me 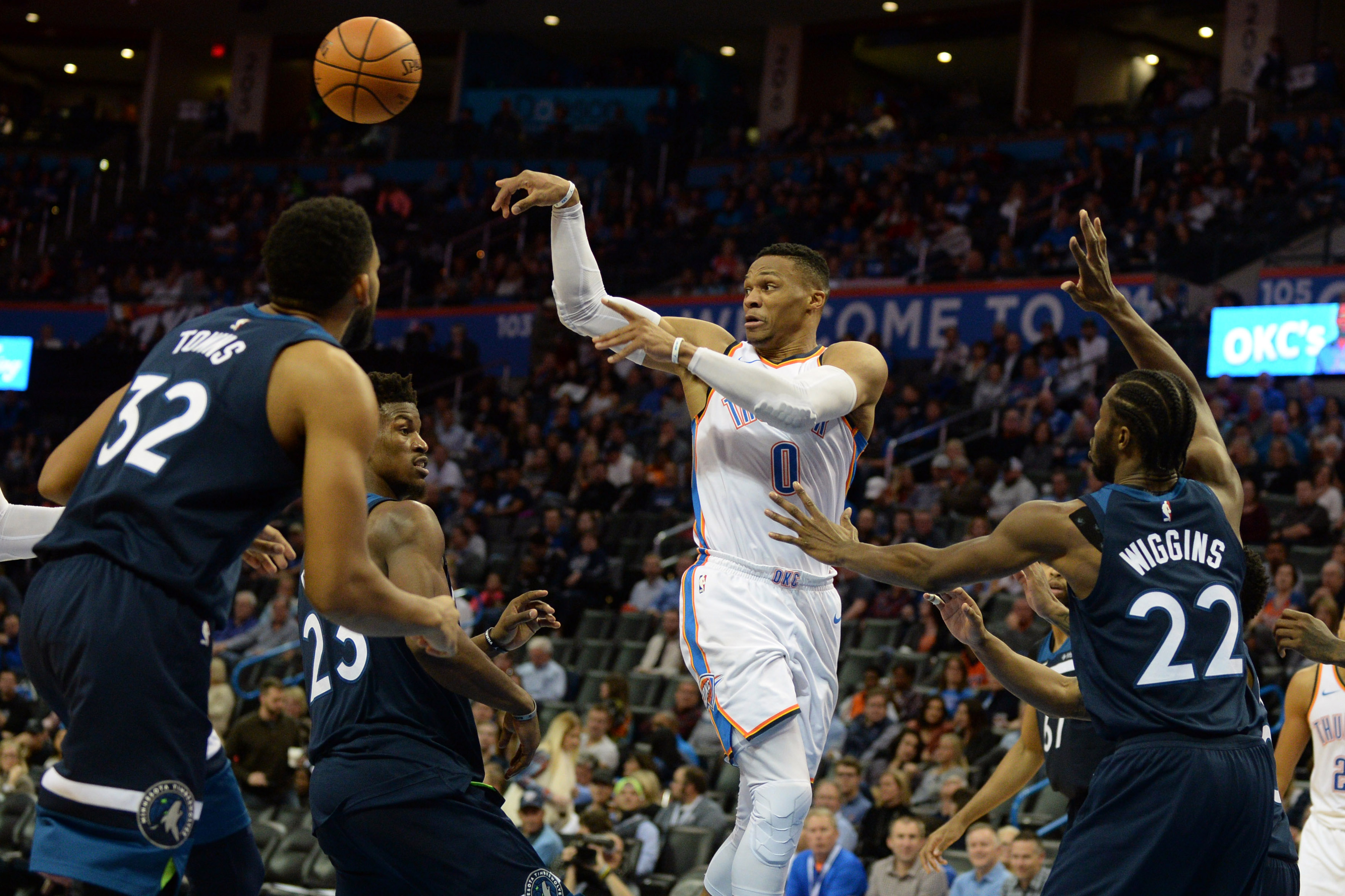 The Timberwolves Matchups Against The Thunder Concern Me

I know a couple of things about the Timberwolves that you may know as well.

First, the Timberwolves whooped the Cavs on Monday:

I know the Timberwolves have 26 wins—the same as the Cavs, or at least at the moment:

The #Twolves Have The Same Wins As The Cavaliers: https://t.co/fGNhX35m0O#AllEyesNorth pic.twitter.com/jjutzZgNV8

Here’s what I don’t know, unfortunately: how will the Thunder bounce back against the Timberwolves after embarrassing themselves against the Trail Blazers?

Remember: the Thunder, early in the season, played well against the Timberwolves. The Timberwolves had a nail-biter at Oklahoma City—see below—so they could crawl back from any deficit and win the game, right?

Mm, I don’t know. Let’s not underestimate the Thunder.

They have Russell Westbrook, Carmelo Anthony, and Paul George—their version of the Big Three who will square off against ours: Karl-Anthony Towns, Andrew Wiggins and Jimmy Butler.

Both teams have a 50/50 chance of winning, which concerns me.