Beauvillier using his time in AHL to regain confidence 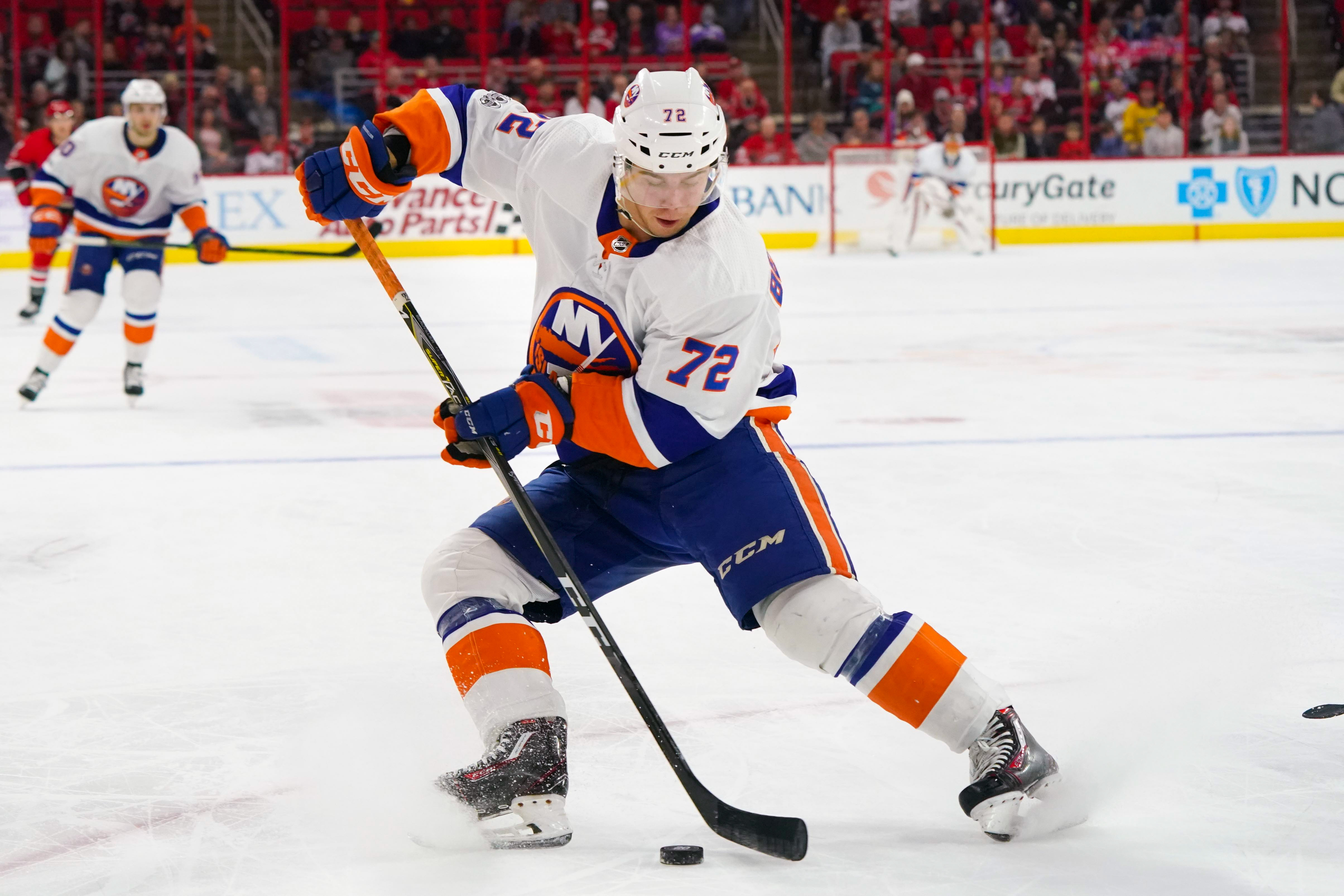 Beauvillier using his time in AHL to regain confidence

BRIDGEPORT, CT — It was hard not to notice the player on the Bridgeport Sound Tigers wearing the number 50. Whether he was using his speed to create a chance in the offensive zone or rushing back to break up a Hartford Wolf Pack scoring chance, he was always active in the play when he was on the ice.

It was that noticeable confidence that number 50, Anthony Beauvillier, has played with since being sent down to the AHL and that was on display last Sunday during the Islanders win over New Jersey. Beauvillier had been struggling to find his game when the Islanders sent him down on January 1, but the forward has regained that gumption that convinced New York to keep him in the NHL all last season.

“I think at times he was playing safe in the NHL and didn’t want to make a mistake,” Sound Tigers coach Brent Thompson said. “Here I think he’s a little more aggressive. He’s on his toes. If he makes a mistake he knows he’s going to go back over the boards because of the effort level. It’s a good experience for him.

“It’s a good way for him to build his confidence because he knows he’s going over the boards and he’s going to be a guy we rely upon.”

Beauvillier was held off the scoreboard on Wednesday, but the forward entered the night with two goals in two games and had a goal on Sunday for the Islanders, when he was called back up.  The Sound Tigers had Beauvillier out in important spots on Wednesday, including on the team’s first power-play unit as well as some significant time during the overtime period.

He also started the game alongside Michael Dal Colle and Travis St. Denis.

“I’m here to work on my game, obviously, it’s no secret,” Beauvillier said. “I’m working hard trying to find my identity back. I thought I played some good games when I’m down here even the game I came up last Sunday. I have to keep working my game. It’s never perfect. I want to make better plays and never want to make mistakes on the ice. I have to keep working on that.”

While Beauvillier has had a good run in recent games, the 20-year-old forward knows that it will take more than just a few good games for him to show he can play at a consistent level.

“One game doesn’t make a season,” Beauvillier said. “It’s about a season, about the way you play for a stretch.”

The Sound Tigers lost to the Hartford Wolf Pack 2-1 in the shootout on Wednesday night. Travis St. Danis was the only Sound Tiger player to score in the loss. … Islanders co-owner Jon Ledecky was in attendance for Wednesday’s rivalry matchup between the Sound Tigers and Wolf Pack. General manager Garth Snow and director of player development Eric Cairns were also on hand. … Defenseman Sebastian Aho finished Wednesday’s game a plus-1 and had one shot on goal. Aho played three games with the Islanders and had a goal and assist against the Devils on Sunday.