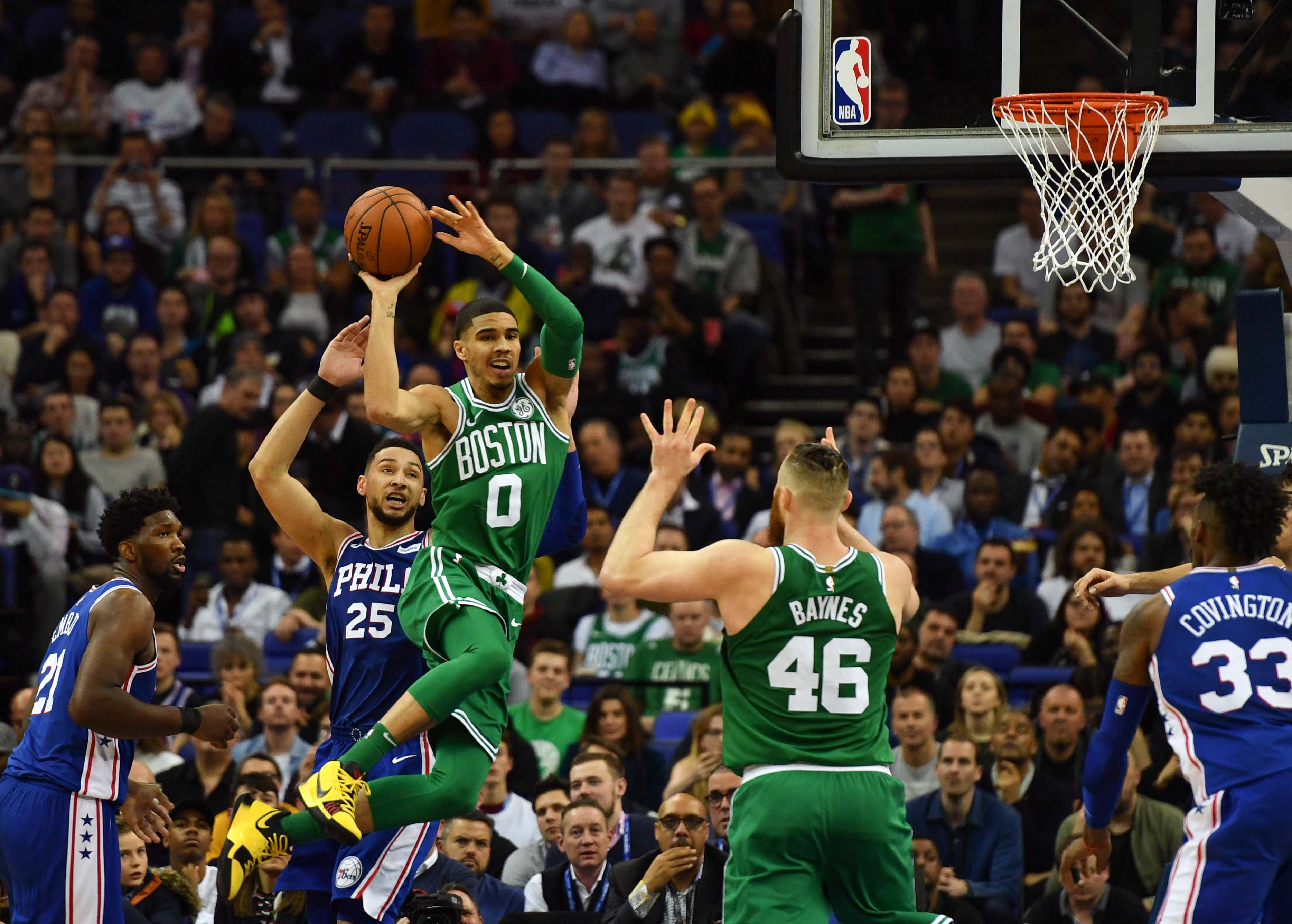 A miraculous turnaround for the team that got off to a slow start in the beginning, a 22 point deficit erased for the Boston Celtics was a non scripted London surprise that left fans in awe and showing just how deadly the top rated C’s can be when the cylinders click.

For the star studded point guard Kyrie Irving, the London transition did not fare to well with him early on, struggling from the field, but eventually churning out another solid performance with 20 points, 6 boards and 7 assists. The scoring leader was none other than forward Jaylen Brown, who had the task of defending multiple positions and keeping tabs on Sixers sharpshooter JJ Redick. Brown delivered in a big way with 21 points, going 8/12 from the field on a high percentage night for him. Brown also swiped 3 steals along with teammate Marcus Smart to help send the C’s past the Sixers during the second half change around. Coming off the bench, forward Marcus Morris was essential for consistently dropping three pointers along with holding the lead after the 22 point catch up, shooting 3 three’s to go with 19 points and 8 rebounds. Morris also made headlines for a heated argument with Sixers forward Ben Simmons after a hard pick was set by Simmons, Morris reacted violently leading to a technical foul. In the starting rotation, rookie Jayson Tatum put up 16 points while forward/center Al Horford contributed 13 points (8 rebounds and 7 assists as well) along with the task of defending Ben Simmons.

For Philadelphia, a disastrous second half led to the comeback of Boston with momentum shifting away from the 22 point lead held. At first, JJ Redick rocked the British land, dropping 13 points in the first quarter alone while finishing with 22 points respectively. Redick also crashed the boards for Philly, taking 7 of them and sinking 5 of 9 from behind the arc. While the veteran had plays drawn to him for building a solid lead, point guard Ben Simmons drew discussions on how Boston would go about guarding him. Putting Al Horford on him led to the win for Boston, but ultimately Simmons is multi versatile and has free range to any part of the floor, as he finished with 16 points and a thunderous slam during the second half of the game.

A nice game for the C’s, grabbing their 34th win of the year along with getting a 5 day wait before returning to the States to play the Pelicans at home.