Projecting the Timeline for the Tribe's Top Prospects 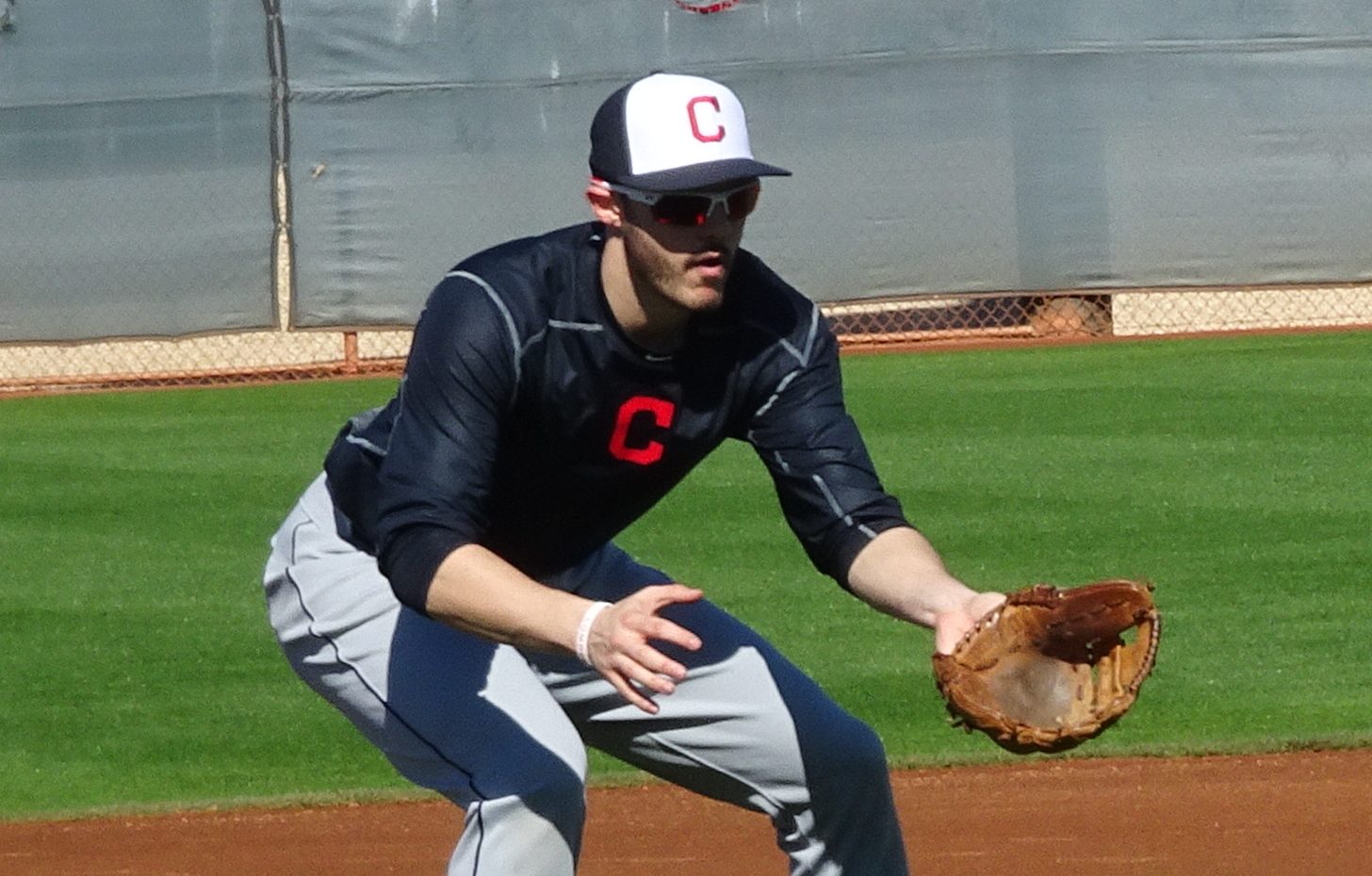 Projecting the Timeline for the Tribe's Top Prospects

The Indians are currently focused on winning the World Series in 2018 and there will likely be players currently labeled as prospects involved including Francisco Mejia and Greg Allen, but at BurningRiverBaseball we like to save that moniker for those who have yet to reach the Major Leagues in any capacity. With that in mind, we ranked the top 50 prospects in the Indians farm system last fall. Since that list includes players from every single level from AAA Columbus to the Dominican Summer League Indians, it shows that a prospect’s ceiling isn’t necessarily correlated to his expected MLB debut. Now we’ll break down when each prospect should be expected to break through to the Majors and in what fashion they are likely to do so.

As a caveat before making not so bold predictions, any player could be brought straight to the Majors at any point in time irrelevant of expectations. No one would have thought Kyle Crockett would blow through three levels in his first pro-season then make his MLB debut after less than a year with the team back in 2014. Even in the last season, Francisco Mejia and Greg Allen were September call-ups without a single game at AAA between the pair. However, assuming the Indians line-up is fairly set (especially when you add Mejia and Allen in a bigger role), that shouldn’t be the case in 2018.

With that being said, there are three players ranked in the top 50 prospects who have a great chance at debuting in 2018, Eric Stamets (#9), Julian Merryweather (#11) and Eric Haase (#13). All three players were in Columbus in 2017 and all were added to the 40 man roster prior to the rule 5 draft to ensure their continued time with Cleveland. Of these, the least likely to make it in 2018 is Merryweather, who had a great start to the 2017 season in Akron, but struggled once moving to AAA. After completing just four years within the Indians system, he is under no risk considering minor league free agency although he will burn his first minor league option when he doesn’t break camp with the team this March. More than his own ability level, however, it is the pile of similar pitchers sitting ahead of him on the depth chart that could keep Merryweather out indefinitely. In addition to the Indians projected starting 5, Ryan Merritt, Mike Clevinger, Cody Anderson, Adam Plutko and Shawn Morimando are all on the 40 man roster, don’t have a spot available on the current 25 and are either out or running out of options. Of these, Merryweather might be the fourth best pitcher, so it’s unlikely that he’ll have much of an opportunity in Cleveland.

The more likely candidates are also victims of great depth at their positions. Stamets projects to be, at best, a utility man who can play every infield position. Unfortunately for him, Erik Gonzalez can also do that as well as play the outfield and is out of options. Because of that combination, the Indians will likely give their infield bench spot to Gonzalez at least to start 2018. Stamets is the superior base runner and defender of the pair, but despite his recent power surge in Columbus, Gonzalez projects as the better power hitter and already has four MLB home runs.

Should any Indians infielder get hurt, however, Stamets could be the first called upon. While Yandy Diaz and Giovanny Urshela also enter into this conversation, Urshela is out of options and very likely won’t be with the team past March.

As for Haase, his future depends largely on what the Indians decide to do with Mejia. If they continue to move him to third base, Haase should be seen as the Indians third string catcher, available at any moment if needed. If they push Mejia back to catcher, they could trade either Roberto Perez or Yan Gomes, leaving Haase in a similar situation. If they go with three catchers, Haase will likely be the odd man out which would be unfortunate as he projects to at least be a MLB back-up catcher with a slight chance of being good enough to start.

Krauth looks in for the sign against the AZL Cubs in July 2016. – Joseph Coblitz, BurningRiverBaseball

With much of the Indians minor league talent being stacked between Lynchburg and Akron in 2017, the group of names that could possibly be ready for 2019 is much more exciting. This also coincides with a large group of expected free agents possibly leaving (Cody Allen, Andrew Miller, Michael Brantley and Josh Tomlin along with a couple other possibles) potentially opening up room on the roster.

The most likely to not only debut that year, but to potentially become a starter is Bobby Bradley (#2). Bradley made huge strides in Akron last year, then played in the Arizona Fall League in preparation for the move to AAA in 2017. He could debut in 2018, but is unlikely to as he sits behind Yonder Alonso and Edwin Encarnacion. With Brantley potentially leaving after 2018, however, the Indians may have room for someone like Bradley and he is the heir apparent for first base once Alonso’s contract ends after 2019.

In the bullpen, there are two names to look out for specifically, Ben Krauth (#12) and Leandro Linares (#28). The two pitchers couldn’t be more different as Krauth is a left handed control freak (meant in the best possible way) and Linares a right handed wild child. Linares has the higher ceiling based on his K rate, but struggled in the AFL in 2017 while Krauth has dominated at every level including a 1.72 ERA in Advanced A in 2017. In any event, both project as MLB relievers and could be with Cleveland in the near future.

Two starting pitchers fall into a similar dichotomy, although both are considerably more exciting. Shane Bieber (#3) has walked just 12 batters in almost 200 MiLB innings and could be MLB ready by 2019 after already having great success in Akron. He seems to be the almost perfect replacement for Tomlin as a low risk pitcher who should off-set the otherwise K heavy Indians staff that will still include Corey Kluber, Carlos Carrasco and Danny Salazar (at least as far as we know right now). The other half is Triston McKenzie (#1), ranked the Indians top prospect by everyone who has seen him pitch. He’s only 20 and has a career 11.7 K/9, blowing through four levels already in his short pro career. He has a chance at destroying the Indians record books and he may start doing so by the end of 2019.

Finally, the Indians have another pair of middle infielders that should be MLB ready by 2019, but like the others listed above, they are buried in the depth chart. Yu-Cheng Chang (#5) was added to the 40 man roster this off-season, but has almost no chance of getting any playing time in 2018. He’s a short stop with power and most likely has a future at third if he stays with Cleveland. He almost certainly has more value to nearly every other franchise, however, and should be trade bait to fill in gaps in the Indians roster this July. Tyler Krieger (#14) also could be ready by the end of 2019. The second baseman has had some huge ups and downs already in his career, but still projects to be an MLB regular.

As strong as the top of the Indians prospect list is, there are huge question marks as you continue down. A pair of middle infielders, Willi Castro (#6) and Mark Mathias (#32) highlight the players who could debut in 2020, but while Castro has been called the next Jose Ramirez, Mathias has yet to prove he can stay healthy for two months at a time.

In addition, the rest of the 2017 Hillcats/Rubberducks pitching staff should be ready by 2020. This includes Aaron Civale (#7), Matt Esparza (#16), Shao-Ching Chiang (#22) and Sean Brady (#35). While any of these pitchers could see MLB success, they are far behind McKenzie and Bieber in both ceiling and floor. While Carrasco, Salazar and Trevor Bauer are all projected free agents after 2020 and Kluber the year after that, I still expect a similar situation to the current one with this group of starters around that time period as the Indians will likely have a large group of AAAA quality pitchers waiting behind what should still be a strong rotation.

While most of the players in the top 50 don’t project to be Major Leaguers, many of the biggest names are playing in levels so low they can’t be predicted. Two of the Indians highest ranked position players, Nolan Jones (#4) and Will Benson (#10) have major strike zone issues to work out and have only reached Mahoning Valley. Francisco Perez is an extremely high ceiling left handed starter, but also hasn’t made it to Lake County yet. Two players who flew up the rankings after being highly touted international signings, George Valera (#23) and Aaron Bracho (#35) haven’t even played in the system yet.

One pitcher who could be closer than most at his level is Dalbert Siri (#40), who is considered one of the Indians top relief prospects. He is already 22 and, after posting a 14.2 K/9 as the Captains closer last year, could be ready to jump multiple levels in 2018.