Barbashev on Tarasenko: "He’s been helping me out with everything" 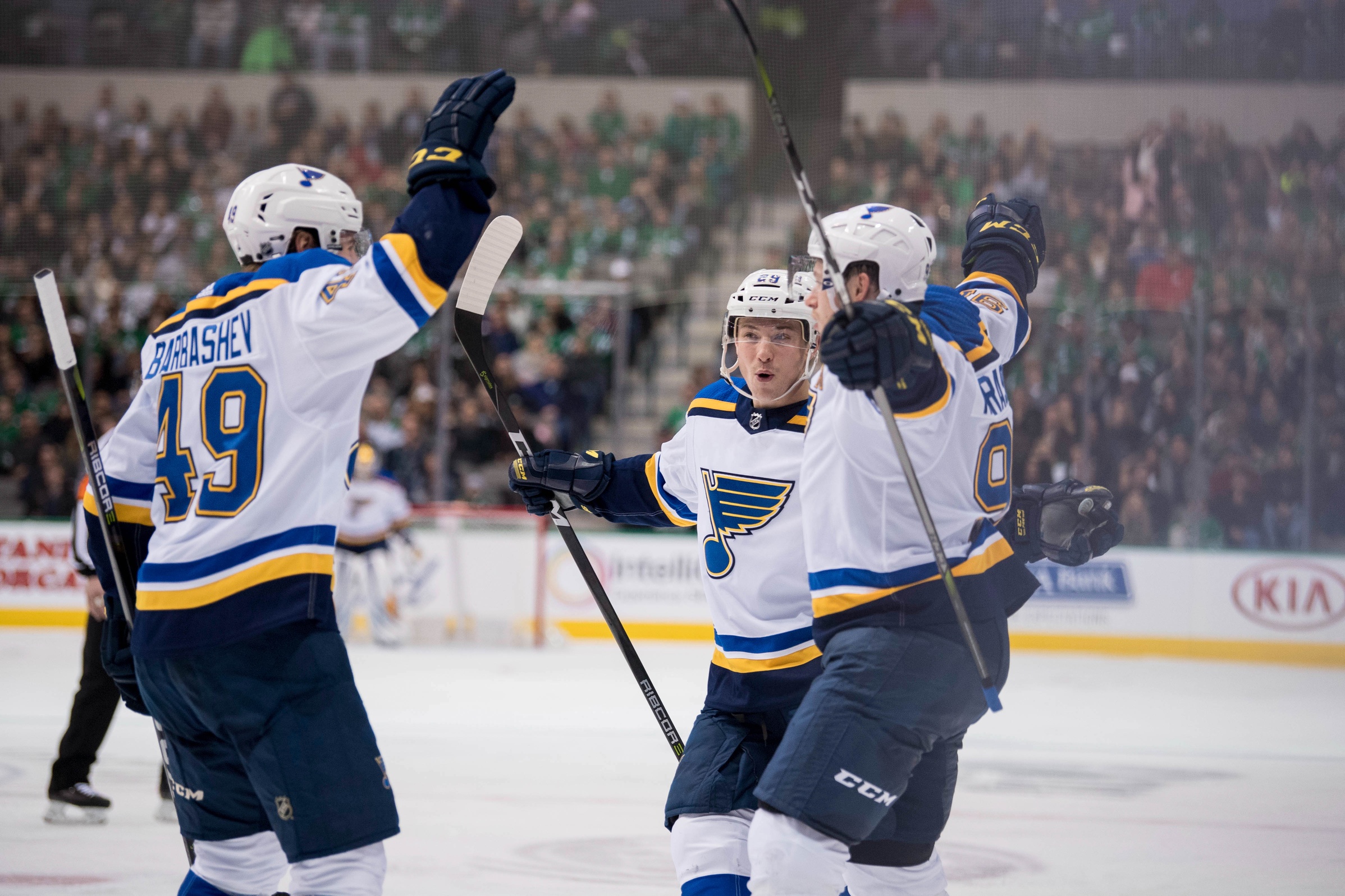 Barbashev on Tarasenko: "He’s been helping me out with everything"

It’s been a season of ups and downs for Ivan Barbashev. Entering the 2017-18 season with fairly high expectations, Barbashev struggled and was sent down to figure out his game in the AHL. One Jaden Schwartz injury later, Barbashev is back in the NHL and has been figuring things out, partially with the help of Vladimir Tarasenko.

To recap, Barbashev was sent down to the AHL because his game was lacking any kind of punch. He looked sluggish on the ice and struggled to get involved in the offense. Most troubling was watching him consistently lose battles for the puck and look a bit overwhelmed by the overall pace of the NHL.

Since he’s been back up with the Blues following the injury to Schwartz, Barbashev has played significantly better. Things didn’t start clicking offensively right away, but he was at least showing signs of improvement. The offensive side of the game has recently shown up, with Barbashev scoring one goal and four assists in his last three games.

Barbashev admits that it’s possible last season’s success translated into him taking things for granted at the start of this year. Since his return to the NHL following his AHL demotion, he’s been trying to improve on every asset of his game – with the help of Tarasenko.

Skating with Tarasenko alone should do wonders for a player and pick up their overall game, unless their name is Jori Lehtera. Barbashev is also taking every opportunity he can to pick Tarasenko’s brain.

He commented about Tarasenko’s mentoring, as seen in STLToday:

If he sees something on the ice in the game, he’s gonna talk to me. And if I see something I’m gonna talk to him. We’re just gonna help each other. It just makes it easy.”

Despite Tarasenko going through a slump of his own, he still has an incredible hockey mind that can help all of the younger Blues. It’s not clear what kind of impact he has had on Barbashev directly or what kind of things they’ve specifically discussed, but it’s likely that the two sharing experiences and talking over plays – in their native Russian, no less – has helped Barbashev find his game.