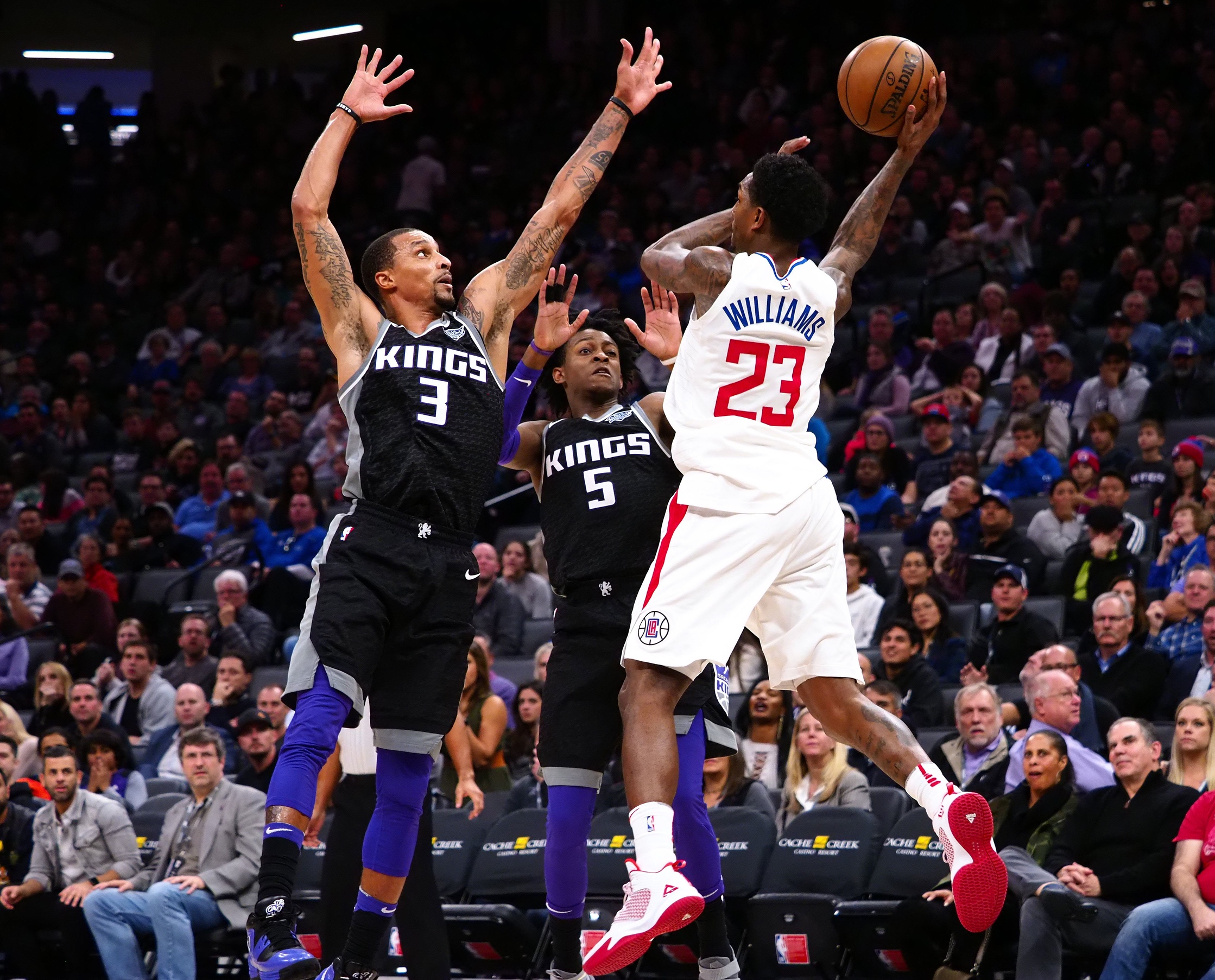 Unfortunately, Deandre Jordan went down with an injury during the team’s win against the Sacramento Kings. The Clippers lost Deandre during the second quarter, when he sprained his ankle during a put-back dunk. On the positive side, Blake Griffin and Milos Teodosic returned to the lineup.

The Clippers led by as many as 16, but allowed Sacramento to claw back into this game multiple times. LA was up 14 points with 10 minutes left in the fourth quarter, and then quickly found themselves down 1 point with 4:14 left. The last four minutes ended up being a tightly contested game, that came down to rookie Tyrone Wallace making a clutching steal to seal the game with 10 seconds left.

Lou Williams led the way for the Clippers again, finishing the game with 30 points and 6 assists.

Montrezl Harrell was the hero off the bench. Harrell put up 25 points, 6 rebounds, on 11/12 shooting. The team had moments of lazy play, but they did well enough offensively to make up for it.

Bogdan Bogdanovic and George Hill put up 22 and 21 points respectively for the Kings, but Sacramento couldn’t stop the Clippers’ offense.

Bogdan cuts it to 1 and sets a new career high with 20 PTS! 🇷🇸 pic.twitter.com/qhCPXGo33Z

The team has transitioned from 28th in ball movement, to 24th. This improvement has also helped with their overall offensive game; LA is now the 11th best offensive team. There were many moments of unforced turnovers last night, which is why the Kings were able to get back into this game. However, we haven’t seen many games of Blake Griffin and Milos playing together. You could see moments of them figuring it out, and that’s why you should be excited about this potential.

The Final Clip: The Clippers played a terrific offensive first-half of basketball. The team played minimal defense, and nearly allowed Sacramento to win the game. Despite that, they managed to pull through, and mature together as a team.