Taking a look at the first half 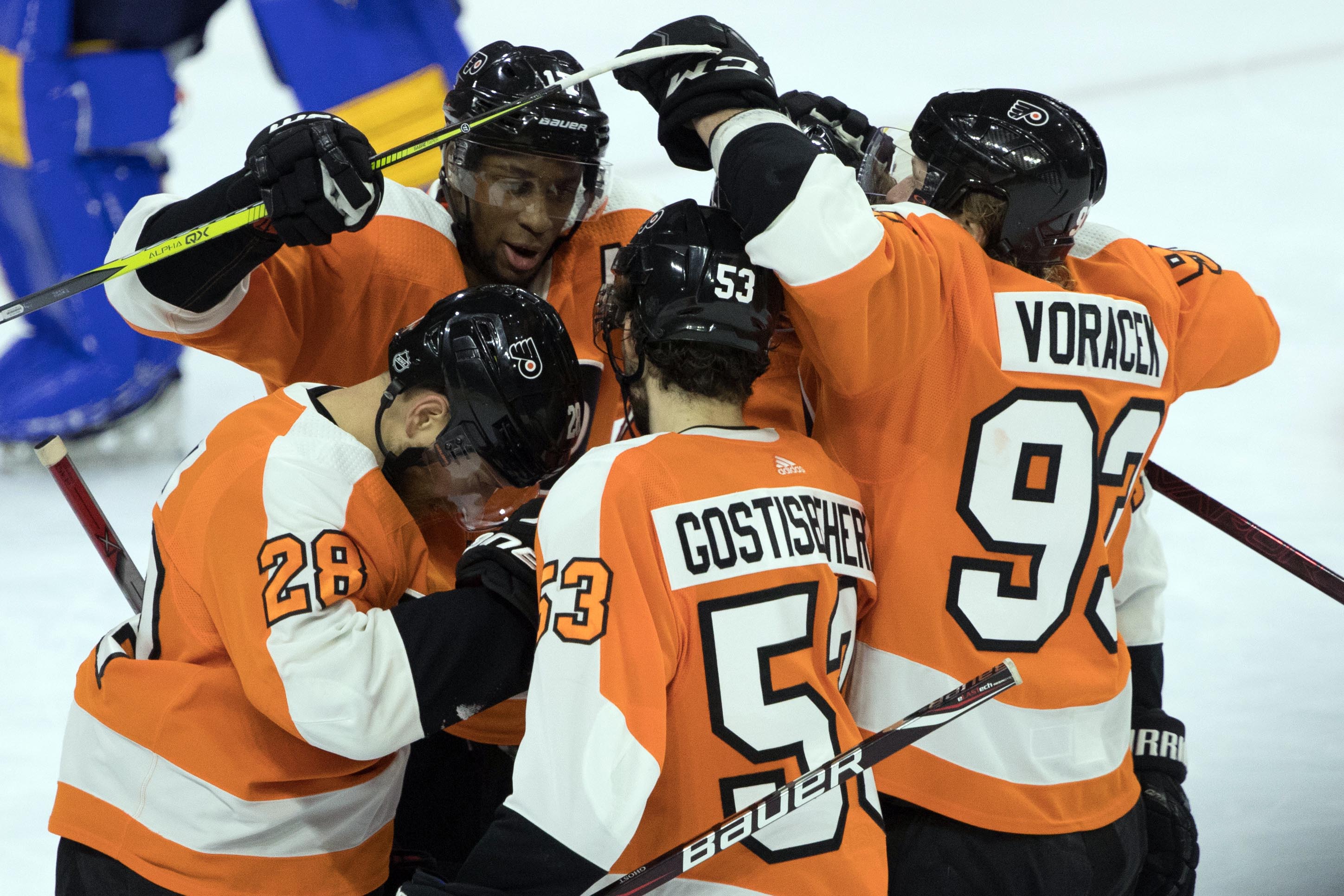 Taking a look at the first half

So Flyers fans, we have gotten to the halfway point of the season, and are just about to start the second half of the season only a few points out of the final wild card spot in the Eastern Conference. So before we get a chance to see what the Fly Guys can do in the second half, let’s take a look back at the Flyers who I thought needed to perform well this season. (My first post!)

I’ll start with my honorable mention from the preseason. Although, I feel a bit bad calling him my honorable mention, it would be one Sean Couturier. My preseason prediction had him playing all 82 games this season with a career high in goals (but only by one) and at least 23 assists.

I’m happy to say that I am wrong about this prediction. I’m not sure what has gotten into Couturier this season, but he is playing some of the best hockey we have seen him play in a Flyers uniform. Halfway through the season, he has played in every single game with a career high 23 goals and 19 assists for 42 points. That point total currently is a career high for him as well.

Couturier is currently fourth in the entire league in goals scored, tied for nineteenth in total points in the league, and first on the team in goals. This is not the Couturier we are used to seeing, but it’s the Sean Couturier that we are getting for the rest of the season and beyond. Oh, he’s also on pace to score 44 goals this season, so that’s fun. I think he will finish the season with at least 35 goals.

My number five on the list was Travis Konecny. At the beginning of the season (before Claude Giroux started playing left wing) I predicted a line of Konecny, Giroux, and Voracek. I was not close. BUT, Konecny is currently playing on the first line with Giroux and Couturier, and is making a lot better of offensive plays than when he played on the fourth and third and sometimes second line earlier in the season.

Konecny has been moved around a lot, huh? I also predicted that he would be one of the Flyers 20 goal scorers this season. I’m a bit off on that one. He currently has five goals this season, including his first breakaway goal vs. the Islanders a few games ago. I think he will continue his play on the first line, and who knows, maybe he will hit that 20 goal mark this season. But I’m doubtful.

I think Konecny will score at least 11, which means six more goals in the next half of the season. It is certainly doable for the second-year player to accomplish, but let’s hope Konecny’s offensive skills and grit continues.

Fourth on the list was Jake Voracek, who has been having a stellar season. Voracek currently leads the league in assists with 43, currently five assists over the three players tied for second (Blake Wheeler of the Winnipeg Jets, Josh Bailey of the Islanders and Voracek’s teammate Claude Giroux). That’s two over his total from last season and four off the mark that I put him at for this season.

Voracek is also tied for third in the league in points with 51. He is only 10 points away from tying his season total from last year. We are halfway through the season, and Voracek is crusing on that second line and started the season on the first line. (RIP Gingerbeard Line) He’s found himself in an incredibly comfortable groove on the second line, and I’m looking forward to Voracek placing a stranglehold on the assist leader role as the season continues.

I think Voracek will still make the 20 goal mark that I predicted at the beginning of the season, but that assist total will probably get to at least 55-60 by the end of the season.

Third on my list? The goalie tangent of Brian Elliott and Michal Neuvirth. As I predicted at the beginning of the season, Elliott was going to get the majority of the starts in net, but that was kind of an easy prediction. What I did not expect was that Elliott would end up starting 16 starts in a row (part of it being with an injury to Michal Neuvirth).

This season, Elliott has started more than three quarters of the games that the Flyers have played this season (78.5 percent). He has a record of 16—10—7 with a 2.74 goal against average and .910 save percentage.

Elliot has been consistently making good saves, and keeping the Flyers in games. For some odd reason, he does not really seem to think he needs a break. I’m expecting that Hakstol continues to keep it about 75-25 in favor of Elliott for the second half of the season unless Elliott really starts to struggle.

As for Neuvirth, he has only started nine games and is 3-5-1 in those games with a 2.48 goals against average and .921 save percentage. He only recently started his first game against the Sabres last Sunday after not starting a game since Nov. 28 at home against the San Jose Sharks, a game where gave up three goals on 34 shots.

Neuvirth performed well on Sunday, but will probably be forced back into the back-up goalie situation with Elliott playing well. But it is also a role that Neuvirth is known for around the league, and makes for a steady and somewhat reliable back up in his starts.

Elliott will most likely get the start against the New Jersey Devils this Sunday as the Flyers look to start their second half of the season on a positive note.

Second on my list is the Flyers third year defenseman, Shayne Gostisbehere. After a bad season last season production-wise from Ghost, I was a little weary going into this season that he would be able to perform to the way that we had seen him in his rookie season. And while I’m not sure if we will get another season like that from Ghost, he is certainly performing a lot better than I expected.

I predicted that Ghost would end the season with 10 goals and a lot better defense this season. He is one away from that prediction. He is also  contributing on offense more, taking more shots and creating good passes for assists. (He currently has 23 assists this season)

Ghost is currently fourth among defensemen in points this season with 32, and fourth on the team in points. He is certainly been better than the other three defenseman that made the Metro’s All-Star roster. (Yes, I’m still a little bitter.) I think Ghost finishes the season with at least 15 goals and 35 assists.

And the number 1 player that I said needed to improve this season to help the Flyers: the Captain, Claude Giroux. And boy, has he showed me right. (Not that I’m bragging.) Giroux’s season last year was a bit of a downer, especially to the fans who know he can be a performer.

He had 14 goals, 44 assists, and 58 points all of last season. He is almost passed that halfway through the season. In fact, he is tied last year’s total in goals, is six away from tying his assist total, and seven points away from tying his point total of last year. He is on pace for at least 100 points this season. That is certainly impressive.

Giroux was also recently named to his fifth All-Star appearance of his career. Heis having an insane year, and looks just like the Claude Giroux of the past. This is how a captain should play and he is showing all of those “Giroux is a bad captain” fans wrong.

Giroux will finish the season with at least 25 goals and at some point, overtake Nikita Kucherov in points. He will not hold the lead, but for a brief moment, he will be the NHL’s leader in points. Just you watch.