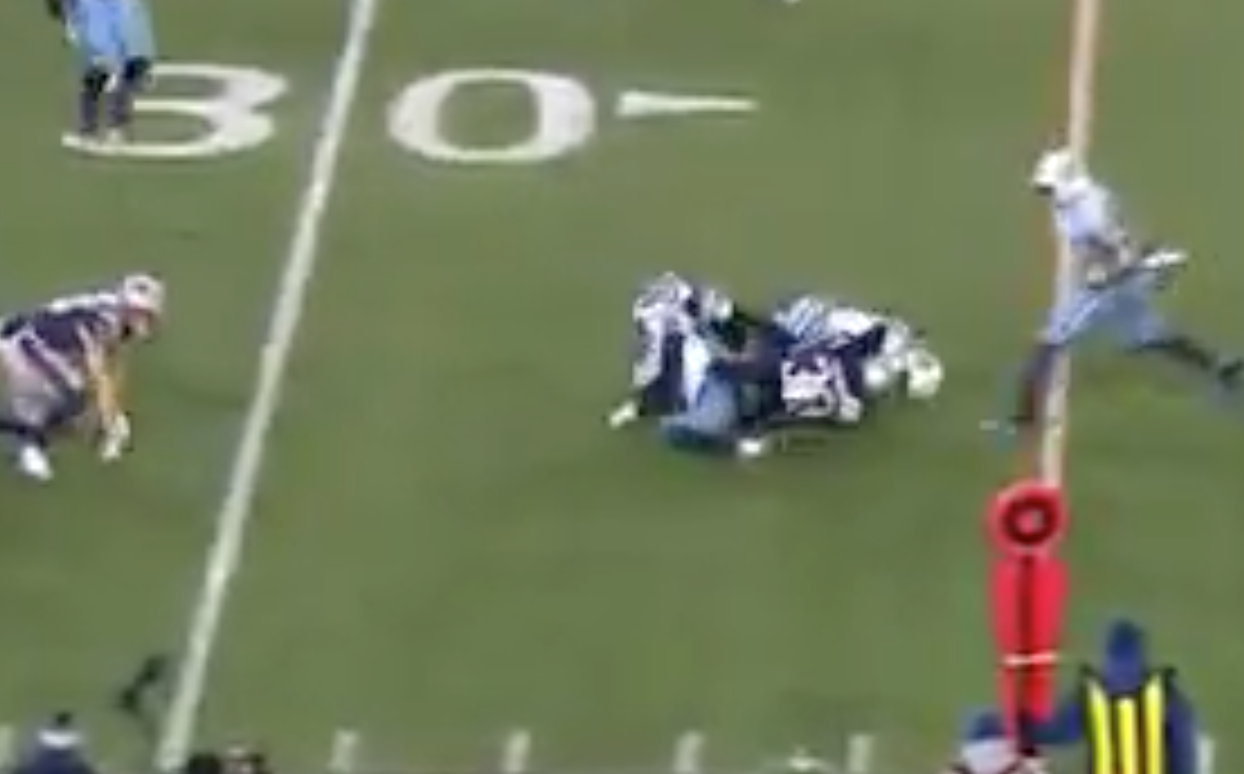 Patriots wide receiver Chris Hogan appeared to get away with an illegal blindside block in Saturday’s game against the Titans.

It happened in the second quarter of the divisional-round game, when Tom Brady stepped up in the pocket to avoid the rush, and then checked it down to Dion Lewis. Hogan saw Titans linebacker Wesley Woodyard preparing to make contact with Lewis on a tackle attempt, so he took matters into his own hands. The Patriots receiver ran toward Woodyard and delivered a crushing blindside block on the Titans linebacker, just before it appeared that he was going to make contact with Lewis.

Woodyard was clearly taken off guard by the big hit, and he hit the ground hard.

It was a perfectly-timed block, but Hogan was not in Woodyard’s view, which is why it wasn’t a legal maneuver. No penalty was called on the play, though.

The blindside block resembled the crushing blow that Steelers receiver JuJu Smith-Schuster put on Bengals linebacker Vontaze Burfict, which resulted in him getting hit with a one-game suspension.