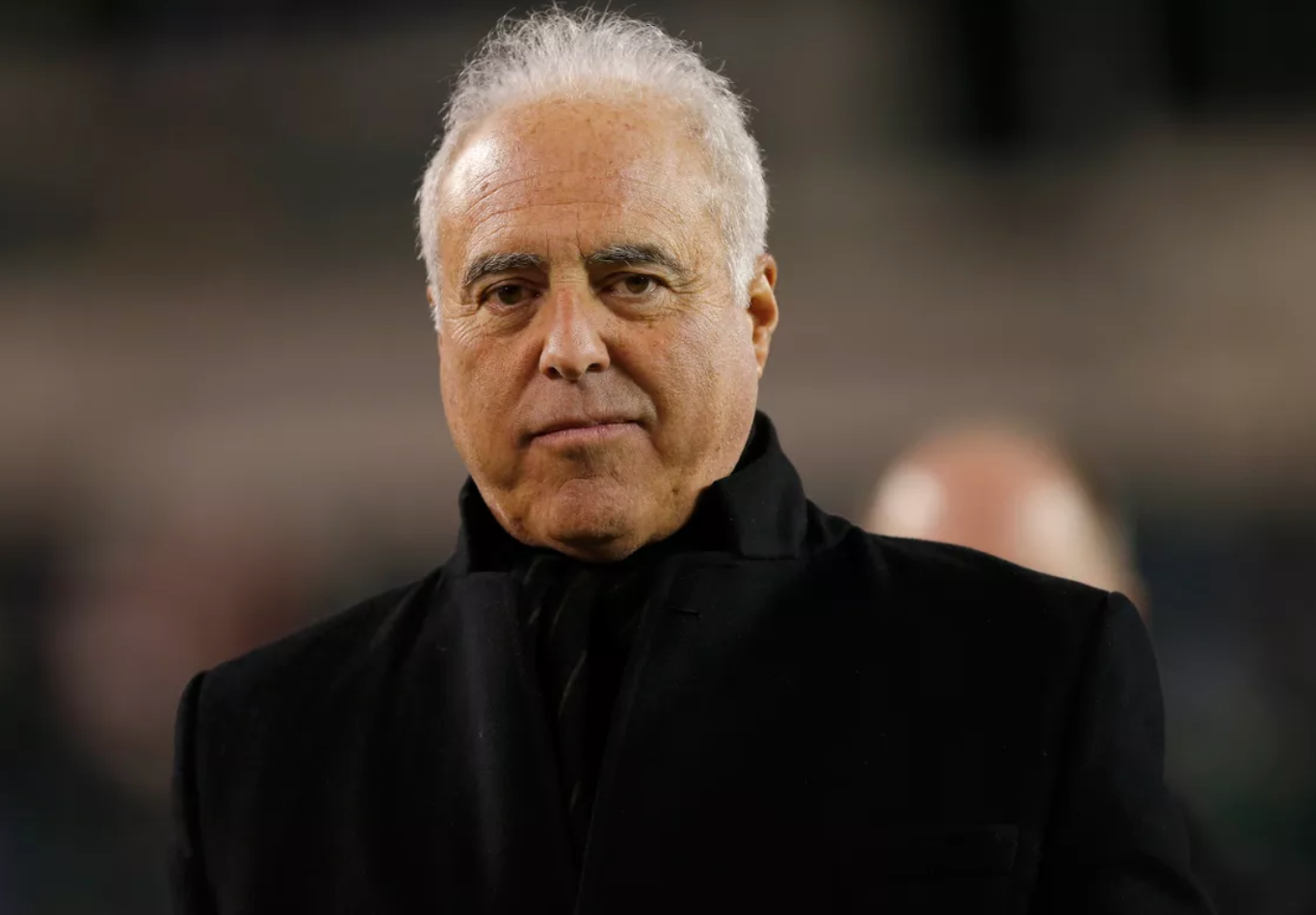 The Eagles are one win away from being named NFC champions, and there’s a lot to be excited about in Philadelphia.

Team owner Jeffrey Lurie was certainly thrilled about the team’s 15-10 win over the Falcons in the NFC Divisional Playoffs on Saturday, as he was seen dancing in the locker room — along with the Eagles players — after the game.

Lurie is clearly pumped up about the fact that the Eagles need just one more win to appear in their first Super Bowl since 2004.