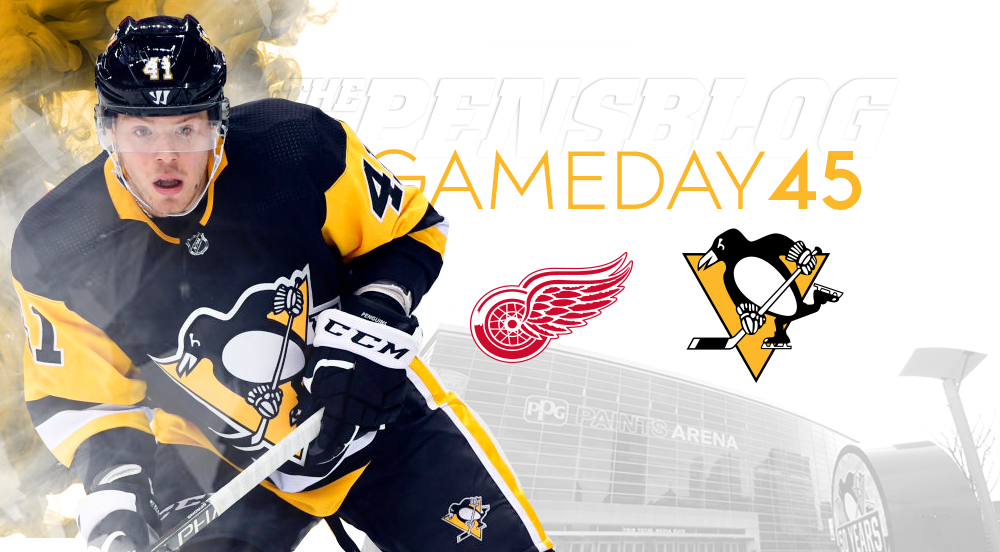 Did you forget the puck drops at 1:00 today? Yeah, so did we and like the rest of us in the northeast, we’re buried in snow. Bare with me here.

If you’re reading this, congratulations! You made it through the bye week without being consumed by 500-word thinkpieces about possibly trading Phil Kessel, handwringing over the Penguins sixth defenseman and tweets about how Kris Letang isn’t an All-Star.

Coming out of the bye week, the Penguins stay at home after a great effort against the Bruins just under a week ago.

During the Penguins back-and-forth tilt, it would appear that Crosby and Malkin remembered, they’re Crosby and Malkin. Dominant performances from both and as Dom “Haver of too many vowels and Zs in a name” Luszczyszyn of the Athletic wrote: they’re due for a big second half.

If you don’t subscribe, here’s the crux (spoiler alert, it’s what we’ve been saying all season: their shooting percentage, comically low, both as a team and for individuals) they’re too good to remain this unlucky.

As for their opponent…what are you, Detroit? Are you rebuilding? Are you just bad and Kenny Holland has lost his touch? Both? Shame they lost Pavel Datsyuk to Arizona.

Penguins had their first practice post-bye week yesterday and the lines in practice were thusly:

It was announced yesterday that Matt Murray is in Thunder Bay attending to family issues, we joke a lot on this blog, but hope all is well and resolved soon for MM.

Also this morning, HCMS said that Ruhwedel is not an option today, he was skating with Cole during practice yesterday which leads one to believe that Ian Cole once again will be the odd man out on the blue line today.

Going with 11 forwards and 7 defenseman today. I’ll be honest, I don’t know what’s going on in Detroit, but it’s usually not a great sign when you do the 11-7 combo.

The two-headed monster put their stamp on the last matchup as they are so apt to do. Crosby has certainly begun regaining his form, which when that happens, Evgeni Malkin isn’t far behind. Boston may not be worlds better than Detroit, but they are in fact, better. Today would be a great chance for these two to completely take over as only they can. Will they? Probably not, because I wrote this.

A rare bright spot for the Wings, Dylan Larkin, has 6G, 28A in 34GP and is part of a mini corp in Detroit with Mantha, Nyquist and Athanasiou. I couldn’t really choose between the four of them, because really, that’s about all they’ve got going for them. The team sits at 26th in goals per game, 23rd in goals against, and their special teams are middle of the pack. Sure, the Penguins have had their issues, but compare the rosters and the Penguins could theoretically turn it around sooner rather than later. Detroit’s best bet is to focus on these four moving forward and start clearing the forest.

Puck drops in like 8 minutes, go Pens. Do it.