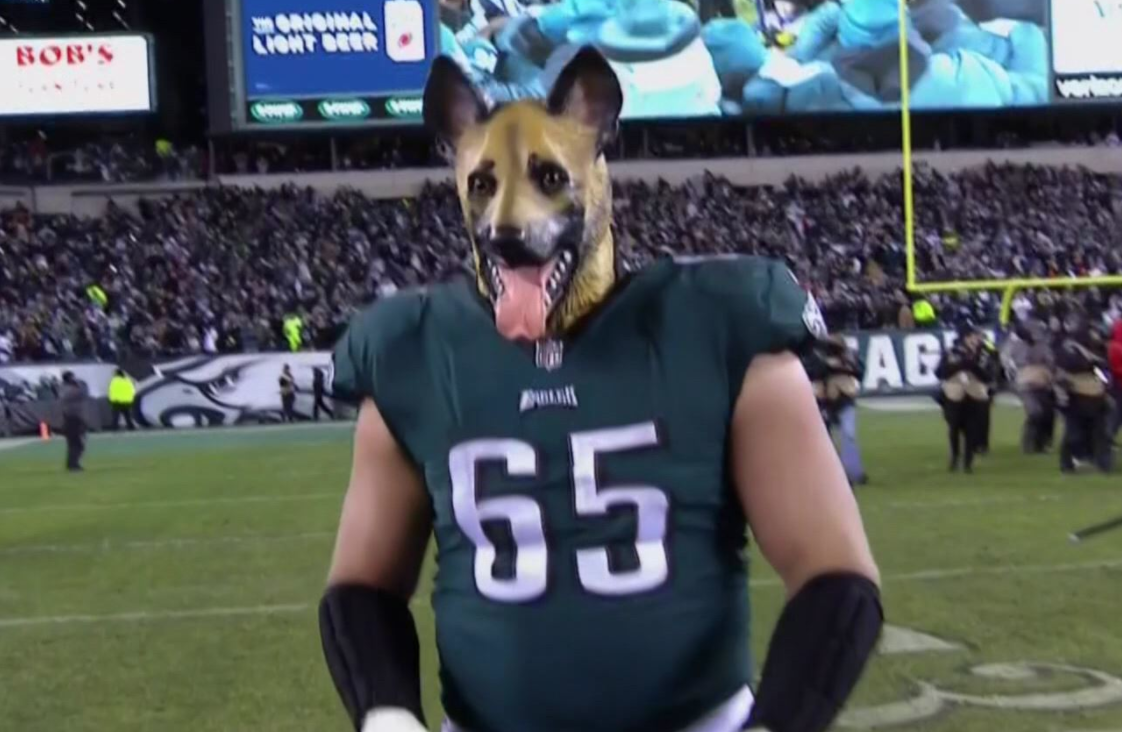 Eagles offensive tackle Lane Johnson indicated that he felt disrespected about the team being an underdog in Saturday’s game against the Falcons in the NFC Divisional Playoffs.

Johnson appeared to make it very clear that he and the Eagles were aware of being listed as a 2.5-point underdog in the game, judging by what happened after the 15-10 win was in the books. The Eagles All-Pro lineman was seen wearing a dog mask on the field after the game, and it’s safe to say no one expected to see that.

That’s an unorthodox way to celebrate a victory, but clever nonetheless.  Johnson went viral immediately after he was seen wearing the mask, as Twitter erupted with funny reactions.